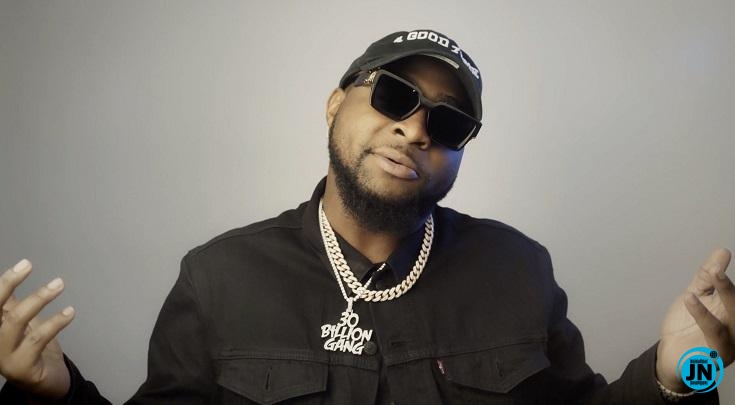 David Adedeji Adeleke, professionally known as Davido has narrated how he got a collaboration with American Rap legend, Nas.

When asked about how he met Nas, Davido said:

“Everything in this album really just happened with the Grace of God and it was just luck. I was at one of Hitboy’s studios working and I’m like ‘let me go to the bathroom real quick’. I use the bathroom and as I come out I’m washing my hands and I look to my right and I just see Nas. True story!

“I went back to the studio recording and I look behind me and just see Nas comes in the studio, he’s bumping his head.

” I asked ‘Do you think you can give me a verse?’ and he agreed. 15 minutes later the verse was done. Two days later we shot the video and it was amazing”.

Simi Finally Shows The Face Of Her Daughter, Adejare, As She Clocks One Year Today (Photos)
“I Won’t Stop Talking Till You Kill Me” - Ex-YBNL Artist Reveals How Olamide Kept Her In A House For Years
The Real Fact About Wizkid’s Grammy Award Win And How Beyonce Didn’t Really Help Him Win It
BBNaija: Wathoni, Brighto And Tolanibaj, Evicted From The Big Brother Naija Reality Show