Ever articulated President of Malian Nation, Naira Marley took to his Twitter handle to express his thoughts about being truthful or telling lies.

The controversial Nigerian singer went on to encourage his Fans to always speak and stand for the truth.

Naira said a word of truth is better than a lie that hurts for a lifetime.

The singer who has been on holy states ever since the commencement of the Ramadan seems to be different from what he is known for following a series of sermons to his fans.

Check the screenshot below including some words of wisdom by the Singer; 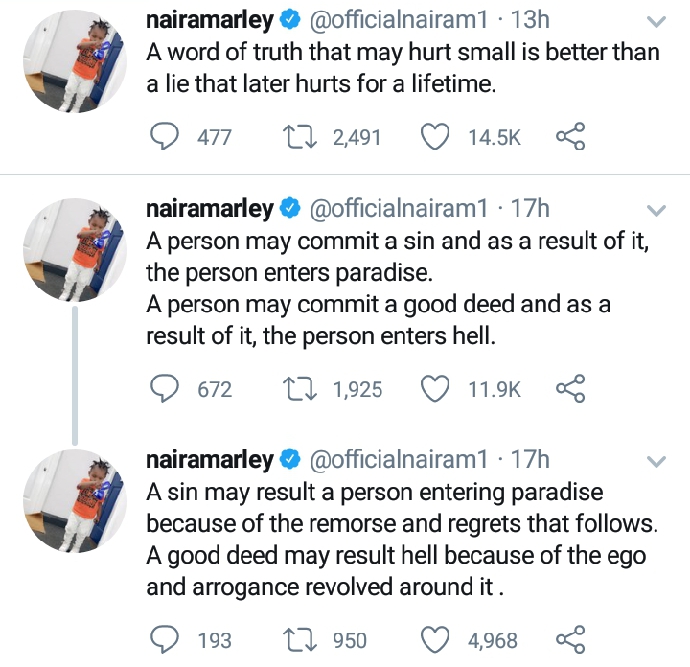 However, I agree with Naira because a saying goes like this "One who speaks the truth is never afraid, but he who lies is always a Coward".

Let us know your thoughts below, Do you agree with Naira Marley on this?