Popular South African rapper, Kiernan Jarryd Forbes, better known as AKA has revealed that he was paid to pretend that he contracted the covid-19 virus. 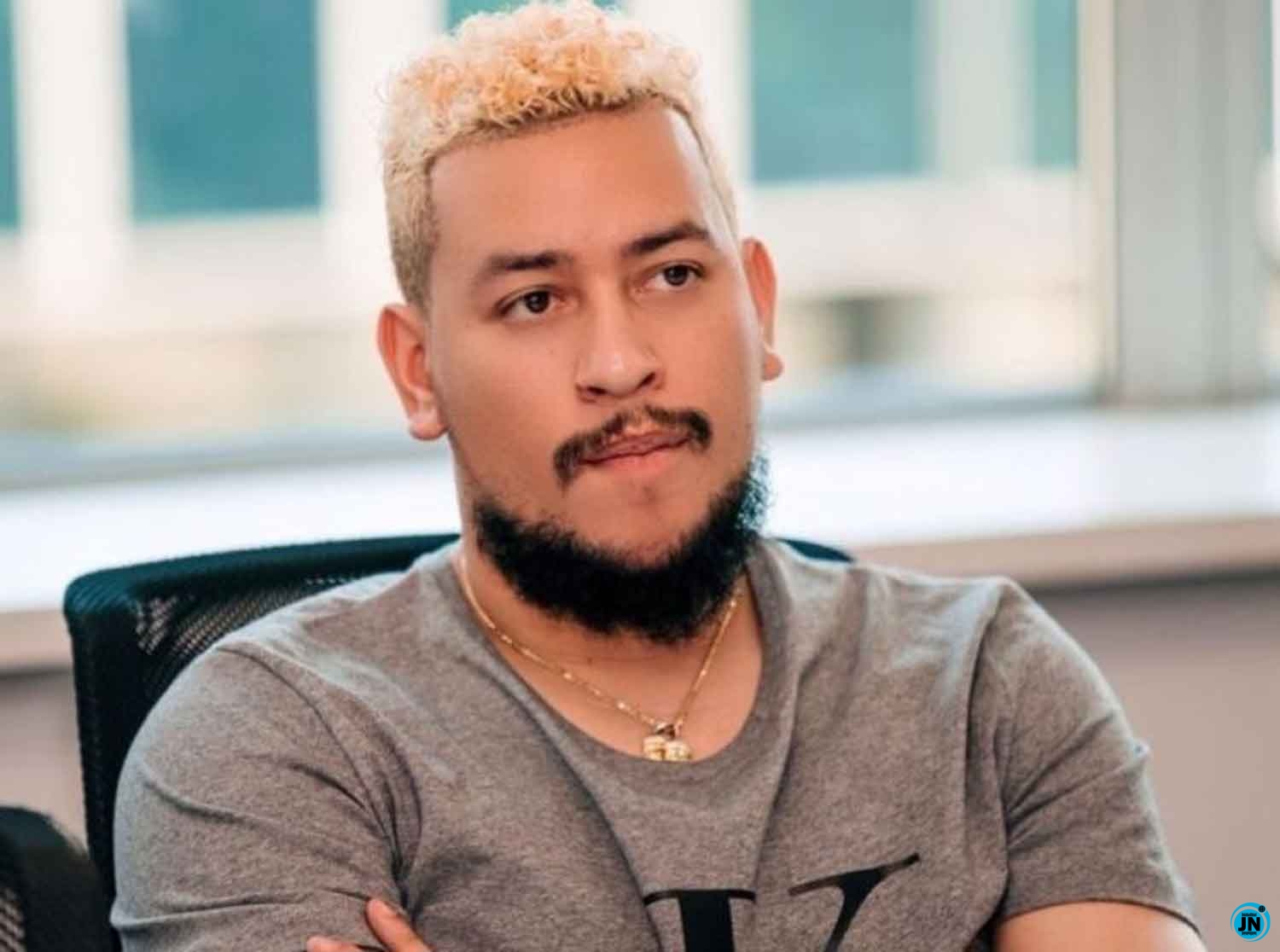 The award winning singer and song writer made this revelation in a recent tweet shared on his verified Twitter page.

A fan had asked him, “Why did you tell people to vote for @cryilRamaphosa, then he stole R500 billion. Did you benefit from it?”

In response AKA opened up about being paid 10 Million Dollars to pretend he had Corona Virus.

“I benefited a lot. Even got paid 10 Million Dollars to pretend I have Covid19 Seriously, Not Joking” 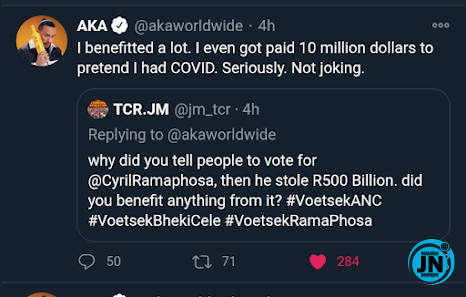 Recall that in July 2020 the rapper announced via a press release that he tested positive to the novel coronavirus.

According to him, he decided to make his test result public “in an attempt to create awareness around the virus and to caution citizens to be more careful in their daily interactions with other people”. 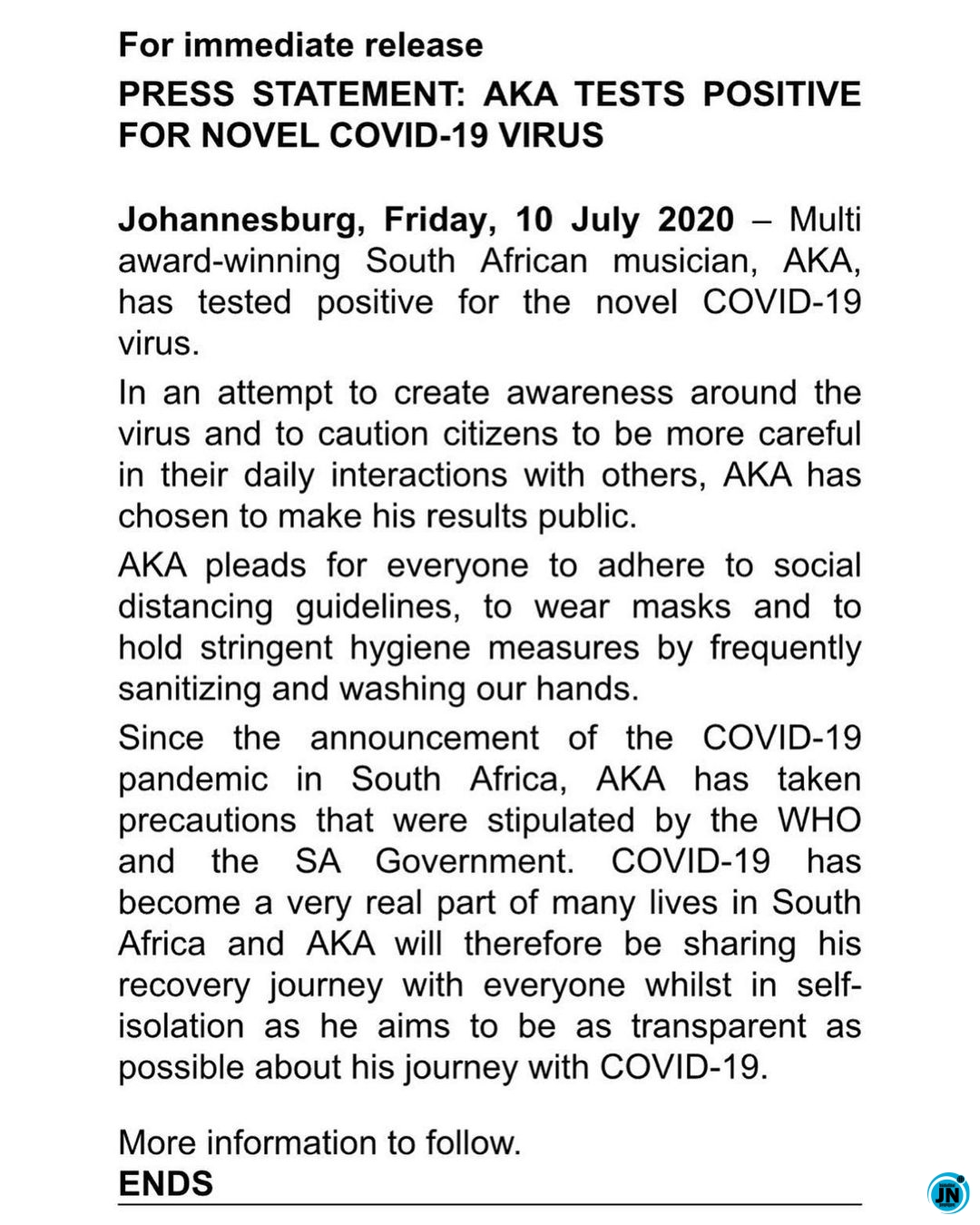 However the AKA has now revealed he was paid to pretend he tested positive to COVID.

“Being desirable to a man shouldn’t be your main purpose in life” – Etinosa advises women
‘Your Beauty Should Cure Coronavirus’ – Nigerians React To Mercy Aigbe’s Daughter New Photos
”At The End Of The Day, We Are Just Friends” – Nengi Tells Ozo (VIDEO)
[LYRICS] Vector – Rape Voem