Fans of popular reality TV star, Erica Nlewedim are so happy and delighted with what fellow reality star, Kiddwaya did on popular microblogging site, Twitter. 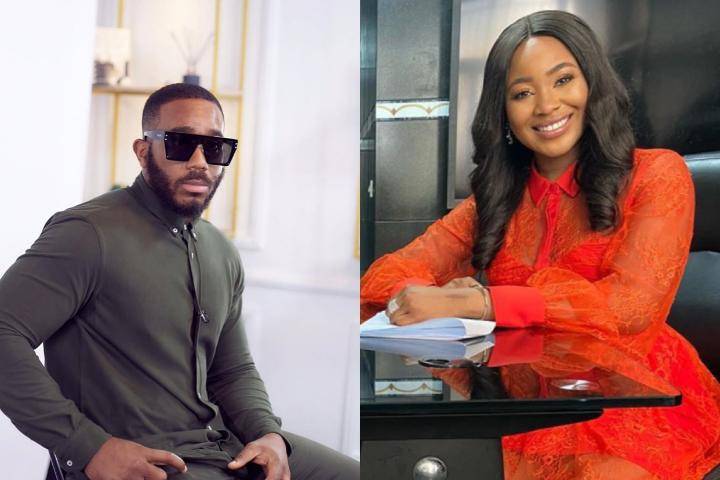 Today, Erica announced that she just bagged a management deal with a big and reputable management company in Nigeria.

This prompted Kiddwaya to celebrate with her as he took to his official Twitter handle to tweet in support of Erica and told his fans to show her love and support.

According to him, “Guys baby G just signed a deal!!! Let’s all show her some love.”

It looked like a normal tweet celebrating a close pal but Kiddwaya used a hashtag (#Kiddrica) that showed that he is in support of having a relationship with Erica.

The #Kiddrica hashtag is the one used by viewers of the Big Brother Naija reality tv show that wanted both Kiddwaya and Erica to date each other.

Kiddwaya now using it in his tweet is showing that definitely something is cooking or maybe they are already lovers. 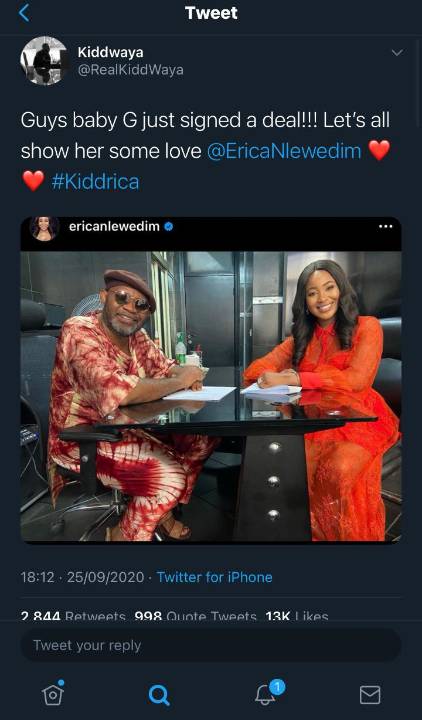 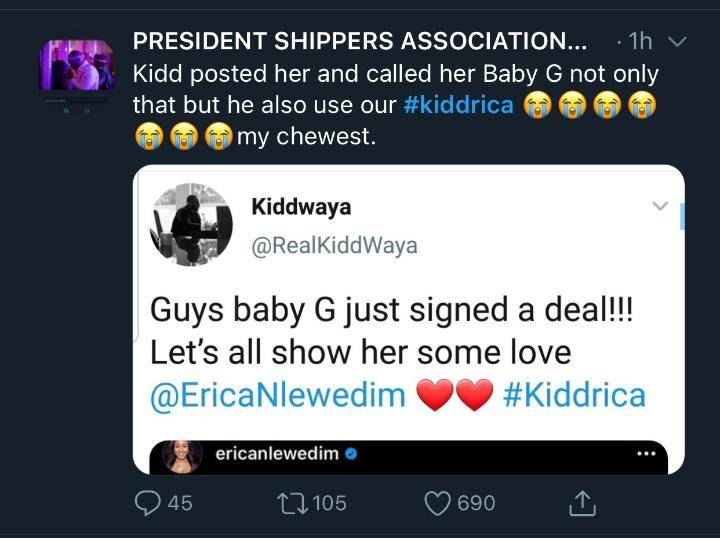 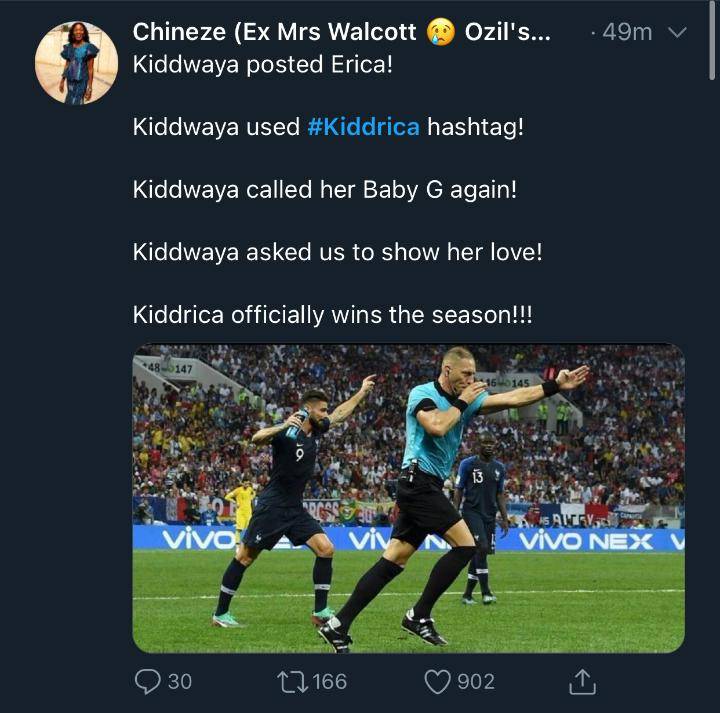 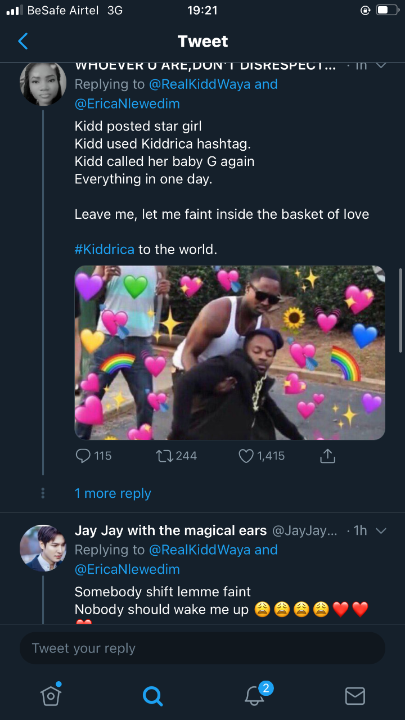 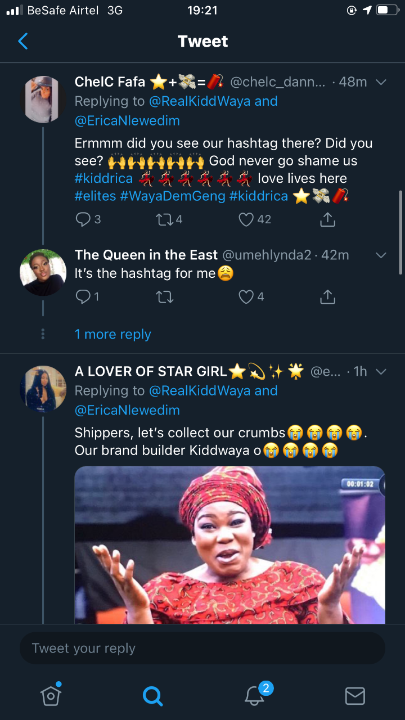 See What Wizkid Gave Burna Boy’s Mother As A Surprised Birthday Gift
Iyabo Ojo didn’t entirely snub Mercy Aigbe on her 43rd birthday, see what she did low-key
The Comment Davido’s PA Dropped Under Chioma’s Recent Photo Is What Fans Want To Hear (See Photo)
See What Regina Daniels Baby, Munir Got On Instagram That No Nigerian Celebrity Baby Has Ever Gotten