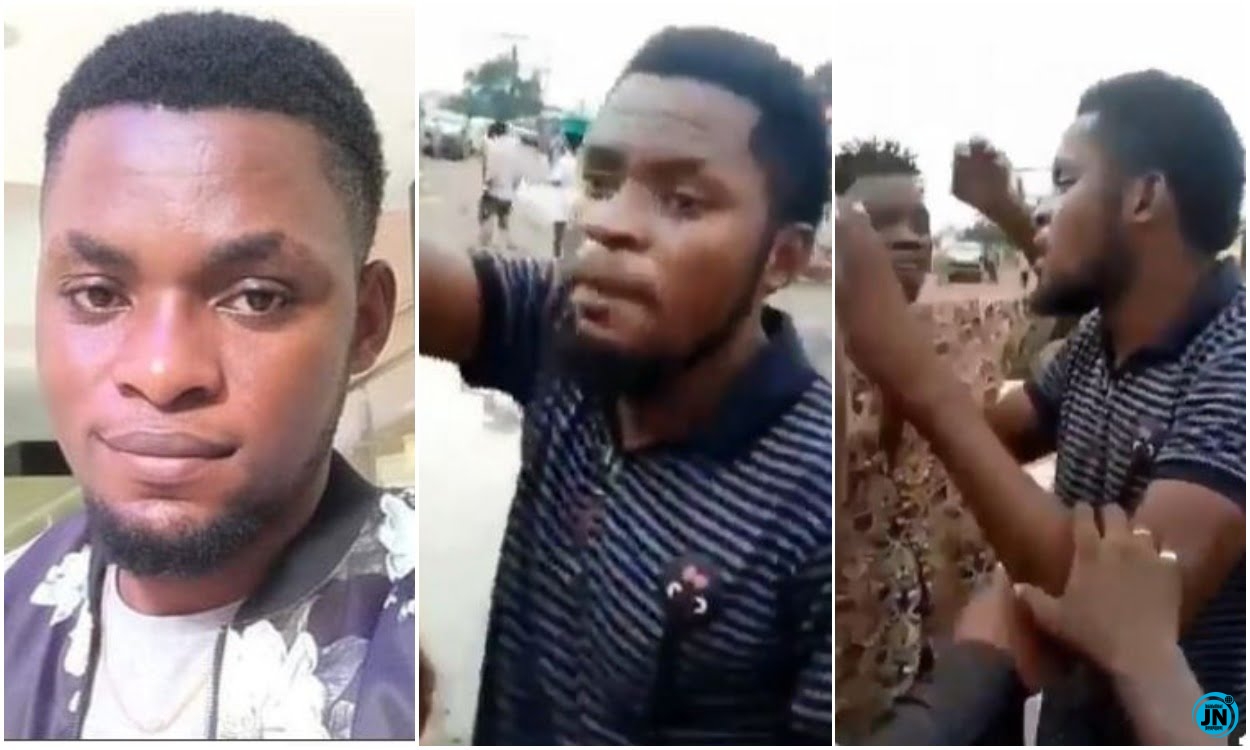 Popular Nigerian comic actor, Mark Angel has opened up about the video were he was seen amidst some angry protesters who allegedly wanted to beat him up.

Kemi Filani News gathered a viral video depicting the moment the father of one was almost beaten by #EndSARS protesters who attacked him of using them for comedy shoot.

Reacting to this, Mark Angel revealed that he was only trying to calm the crowd who wanted to lynch a careless driver for hitting a protester.

He urged his fans not to be distracted by the video and focus on the protest which is to #EndSARS.

“I Can’t Wait To Become Ebuka’s Baby Mama” – Lady Opens Up (Photo)
"I Really Like Him" – Nengi Opens Up About Her Feelings For Ozo (Video)
“I have been molested 5 times, the pain is forever” – Iyabo Ojo opens up (Video)
Don Jazzy opens up on his relationship that ended one month ago (Video)