“Don’t you ever undermine my hard work” – Reality star, Erica Nlewedim schools critic who tried to ridicule her achievements
Posted by 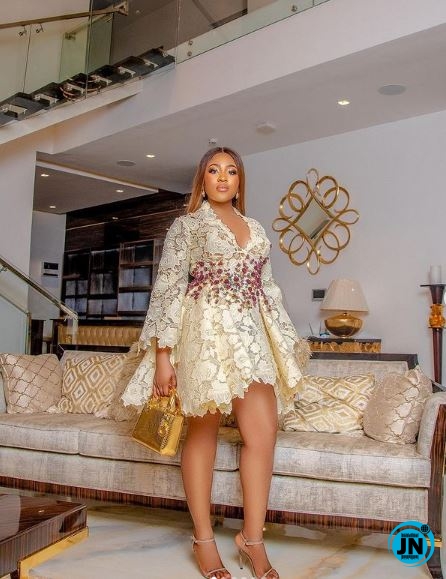 Reality TV star, Erica Ngozi Nlewedim recently fired back at a netizen who tried to ridicule her successes in the Nigerian movie industry.

The social media user identified by her Twitter handle as @EssenseFlames while reacting to a tweet had affirmed that comparing the Big Brother Naija star to her colleague, Bimbo Ademoye is an insult.

According to the Twitter user, Bimbo fought her way to the limelight while Erica is basically under the cover of BBN.

This ridiculous statement however caught the attention of Erica who warned the critic never to belittle the hard work she puts into her career.

According to the 26-year-old, BBN is just an avenue to showcase your potentials and not what makes an individual successful.

“Don’t you ever in your life undermine my hard work!I did it all! free work, low/mid budget films, went to Filmschool to improve.

Do u know how many talented actors are still unknown cos the right people don’t know them? I should have sat at home waiting for magic instead of BBN?

Not a lot of people are worth the response but I have to set things straight since there’s this ignorance concerning BBN talented actors!

It’s a platform to show what u have been doing before to a larger audience! I don’t only work hard I work smart!”

“Don’t you ever undermine my hard work” – Reality star, Erica Nlewedim schools critic who tried to ridicule her achievements
BBNaija star, Gedoni gets many emotional with his birthday message to Khafi
Reality star, Jackie B devastated after her phone and other times were stolen during her birthday celebration
Fan Gifts Reality Star, Tacha An Adorable Artwork (Photo)