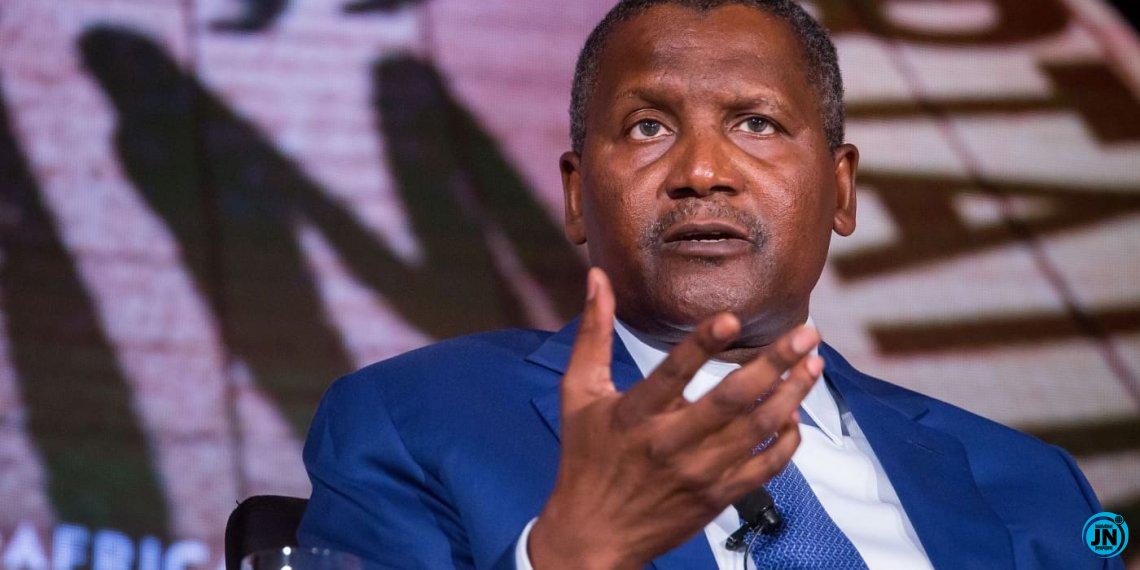 Nigerian billionaire businessman, Aliko Dangote has narrated how his American ex-girlfriend, Autumn Spikes tried to extort $5 million from him.

Recall that the lady had taken to social media to share a copy of the court document and dragged the billionaire for offering her a meager amount of $15,000 as “hush money”.

Aliko Dangote, however used the pseudonym, John Doe, alias AD, standing as the ‘acronym’ for his name.

He seeks $30,000 in damages against Ms Spikes, who in the process of exposing their relationship, exposed his butt on social media.

One of the court documents filed by the plaintiff on January 22, is titled, ‘Complaint petition for declaratory judgment complaint for (about) extortion petition for injunctive relief’ according to Premium Times.

The document accused Spikes of libel, defamation, cyberstalking and a breach of agreement ”to keep their relationship private and off the social media”.

The document also stated that Mr Dangote’s wealth made him a target for Ms. Spikes, who demanded “meritless claims of $5 million” in the nature of “palimony to which she is not legally entitled”.

It also disclosed that Ms Spikes had requested financial assistance from Dangote to startup her business and he obliged on the grounds that it would be private.

The court document read in part, “Autumn Spikes demanded from the plaintiff assistance as an entrepreneur in a start-up business when there was no loan commitment, nor oral or written promise.

“The plaintiff once announced an oral willingness to provide entrepreneurial assistance to Autumn Spikes on the condition that it be confidential and private.”

However, he started seeing social media posts and planned media talk shows, which was intended to expose him and make his life miserable if he refuses to pay her the demanded sum of $5,000,000.

Mr. Aliko said his “generosity toward Autumn Spikes, if any, has been breached by Autumn Spikes’ exposure and solicitations to media talk shows if he fails to pay her meritless demands.”

The billionaire noted that he had the right to stop being generous to her and demand a refund of the funds he had given her to assist her business in the past.

He also alleged that Ms. Spikes continued to threaten to subject him to false publicity if fails to comply to her demands. 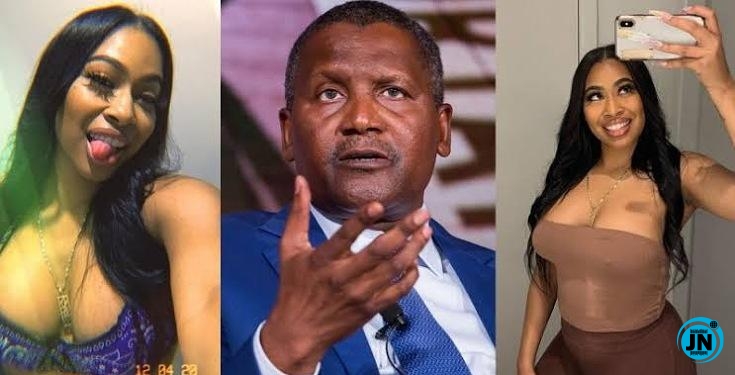 The document further revealed that the “Defendant has threatened communications on social media, Facebook, Instagram, and otherwise.

Dangote also wants the defendant to be restrained from demanding “payment in exchange for non-disclosure of their relationship”.

According to the lawyers, the plaintiff used pseudonyms like John Doe and AD to avoid unnecessary media attention and avert coercion to pay the demanded money by Ms Spikes.

“How my ex-girlfriend, Autumn Spikes tried to extort $5m from me” – Aliko Dangote narrates

Thats his fault. He should have been faithful to his wife and not have any side chicks.

Mr Dangote as a globally renowned business man who is married with wives and children should be able to conduct himself well and stay off any social media mishaps.

“Did you drink too much pool water or you are pregnant” – Curious fans question, DJ Cuppy in new photo

#BBNaija: Check out some adorable photos of Tega with her husband and son