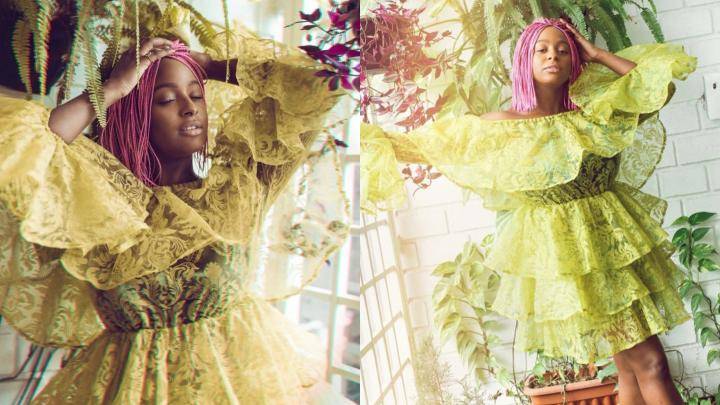 Daughter to billionaire, Femi Otedola, Florence Otedola popularly known as DJ Cuppy has in a recent interview revealed why she weeks ago visited Maiduguri the capital of Borno state.

DJ Cuppy visited the orphans during her time there.

Although she's known for her deejaying skills and musics, DJ Cuppy has turned out to be a good philanthropist. She even has a foundation to her name.

In a recent interview with Genevieve Magazine, she spoke on why she visited the state in the Northern part of Nigeria.

See screenshot from the interview below: 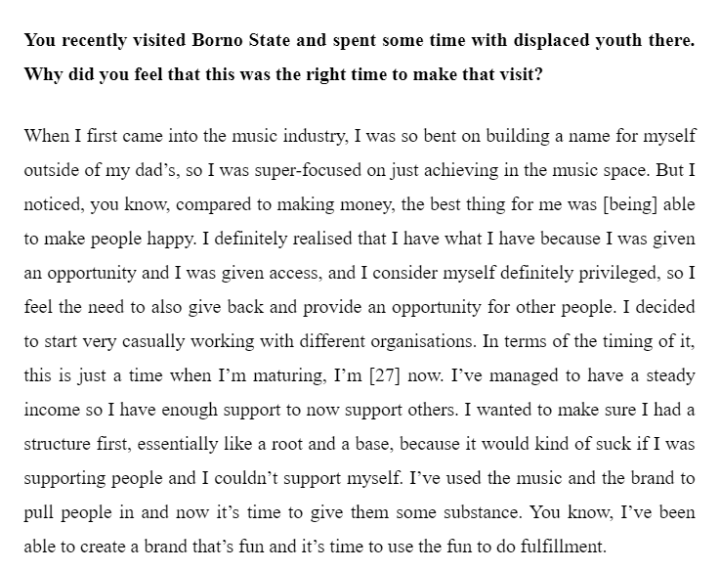 All we know about the woman who mistakenly went live on Instablog9ja (Details)
“Jesus Never Went To Church” – Naira Marley Reacts To Pastor Omashola's Prophecy
DJ Cuppy Speaks On Why She Went To Maiduguri To Visit Orphans
Since I Went Solo, I Have Been Experiencing Peace Of Mind: Peter Okoye