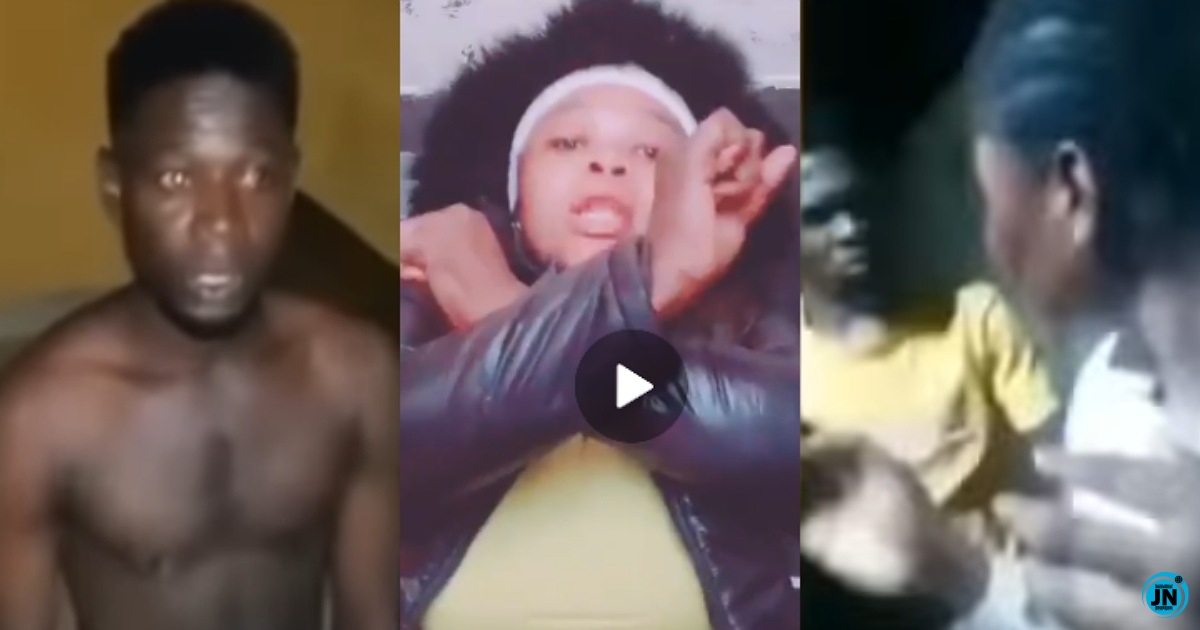 A suspected cultist has been arrested after he and some others beat up a woman and removed her clothes for using a cult audio in her TikTok video.

In a viral video, the suspected cultists beat the woman and poured water on her after removing her clothes.

One of the suspects has now been arrested, activist Harrison Gwamnishu revealed in an update.

Upon interrogation, the suspect confessed that they actually beat up the woman for making a video using cult audio.

He revealed that they accosted the lady on the road after they identified her from afar, and they took her to a corner where they dealt with her.