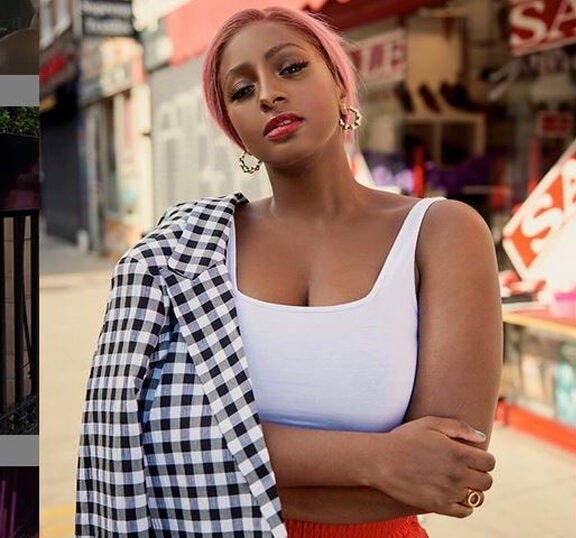 Popular Nigerian disc jockey and daughter to businessman & oil mogul, DJ Cuppy has in a hilarious post she made on Twitter handle, said that she is rounding up with the recording for her forthcoming extended playlist, now turned album, “Original Copy”.

Cuppy in a tweet, also asked her fellow Yoruba's to forgive for her, however she didn’t specify what actually was her crime, but one can guess it must have to do with her accent or her difficulty in the usage of her dialect.

Recording for #OriginalCopy today and CHAI, the way I FAILED my Yoruba people… Epe people please forgive me 😭🎤🎵

In another Tweet, DJ Cuppy announced that she has made the decision to convert her forthcoming EP to an Album because she added another song to the Project.

So #OriginalCopy is no longer an EP, but now an ALBUM as I just added another song! Since I can’t go to the studio, my sister @shesTolani kindly helped me record from her kitchen! #ToCuppyThisTune 😂😅🤣 pic.twitter.com/AgVmY6fSWh

'Davido Is My Blood, Dem Think Say We Be Rivals' – Wizkid To Uche Maduagwu
“You think because we speak same language I won’t mind?” – Speed Darlington calls out Paul Okoye for “copying“ him
As Churchill introduces Rosy Meurer as his wife, old video where she denied Tonto Dikeh’s accusation of sleeping with Churchill surfaces
PENGASSAN issues seven-day ultimatum to Agip