Popular Nigerian and international Musician, Wizkid Drops His Most Anticipated Album “Made In Lagos” Yesterday at 11:11pm Nigerian Time And It has been trending all over the internet, Meanwhile Popular Nigerian entertainer, the musician now turned blogger Tunde Ednut has thrown a subtle jab at Nigeria’s Starboy Wizkid in a recent post. 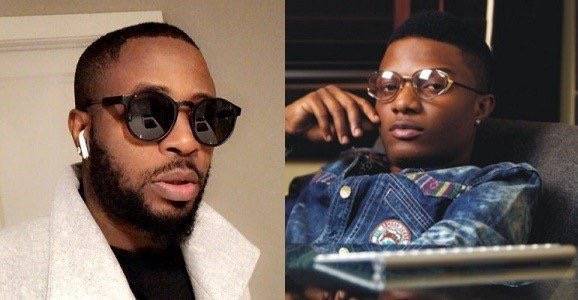 This comes after Wizkid released his much-anticipated album, ‘Made in Lagos’ album a few hours ago which has sparked great conversations and positive reviews from music lovers across the world.
The Blogger(Tunde Ednut), however, took to his Twitter page to jab Wizkid in his tweet.
According to him, Davido's forthcoming single featuring Nicki Minaj, according to Tunde Ednut, would swallow up the whole Wizkid album.
He tweet thus:
"If Davido drops Nicki Minaj's jam, someone's album is going to get swallowed up in the process."
See Screenshot Of His tweet below 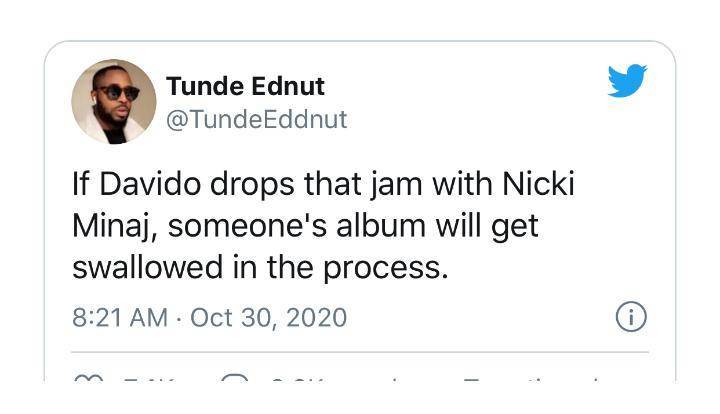