David Adedeji Adeleke, better known as Davido, is an American-born Nigerian singer, songwriter, contemporary artist, and record producer. He is often regarded as one of the biggest artistes in Africa.

Davido has officially been appointed as a Board of Directors in one of his father’s companies and guesses what, he just can’t keep calm about it.

David has been appointed as a Board of Director in the Pacific Holdings Limited, a company which spans across quite a number of Industries including Agriculture, Civil Engineering, Manufacturing, Energy and Power, Freight Services, just to mention a few.

Davido too to his official twitter and tweeted the logo of his father’s company with caption; 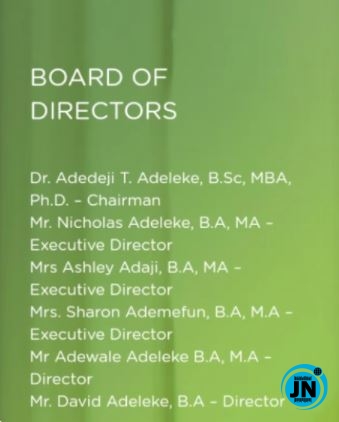 Congrats u are on point