Chelsea fans on the popular social network Twitter have come for the club’s head, and the manager, Frank Lampard, after the latest reports on Fikayo Tomori, came out. 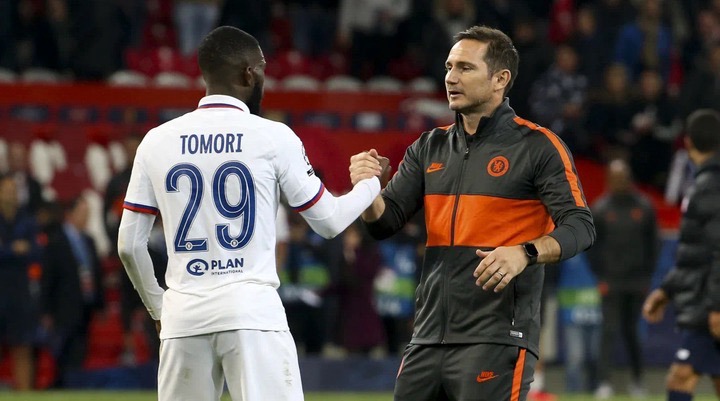 The latest reports coming out from trusted sources are stating that Fikayo Tomori might be on his way out of Chelsea but on loan.

Fabrizio Romano, one of the most respected journalists when it come to transfer news updates have spoken on this and it seems it's happening.

Romano confirmed on his Twitter handle that the deal is approved, and Tomori would be joining the Italian side on loan with a buy option of €30m until next June. 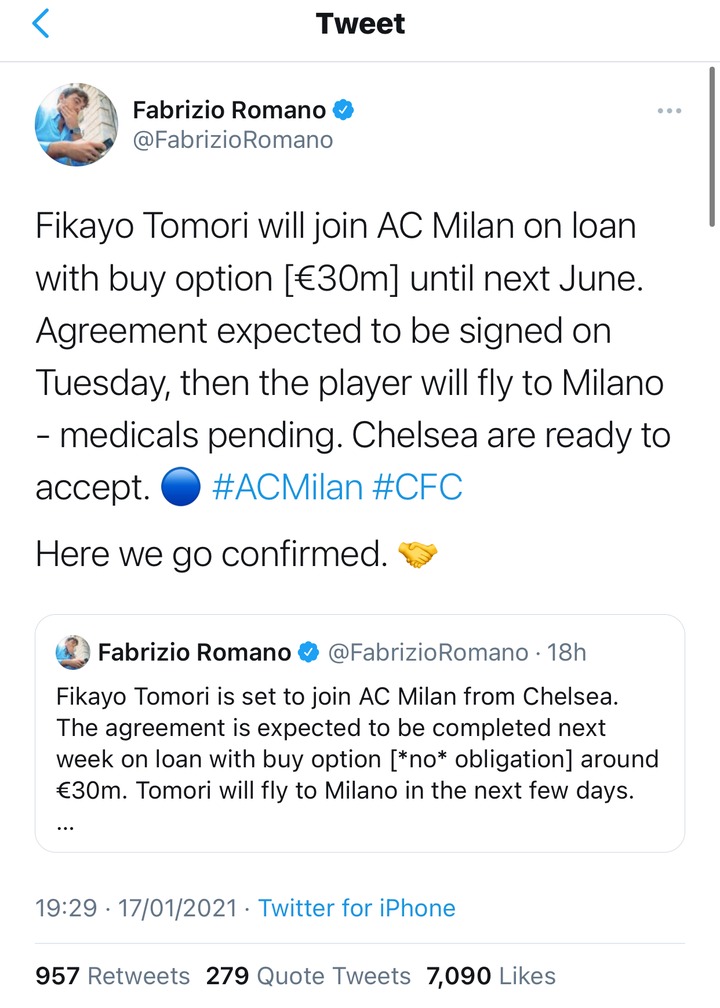 However, this has not met majority of the Chelsea fans base in good condition as they have taken to Twitter to say this would happen to be a low deal from their club. 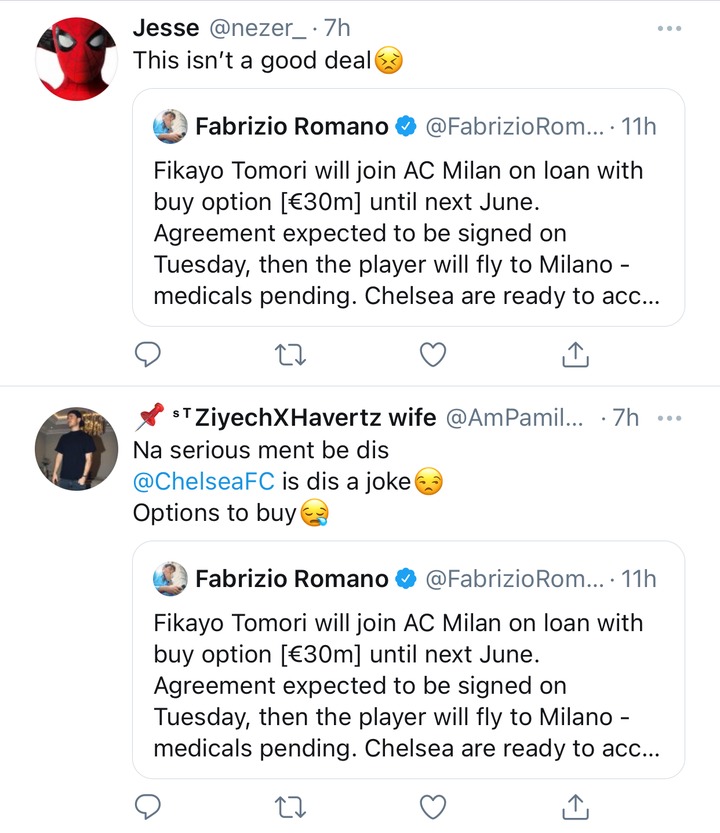 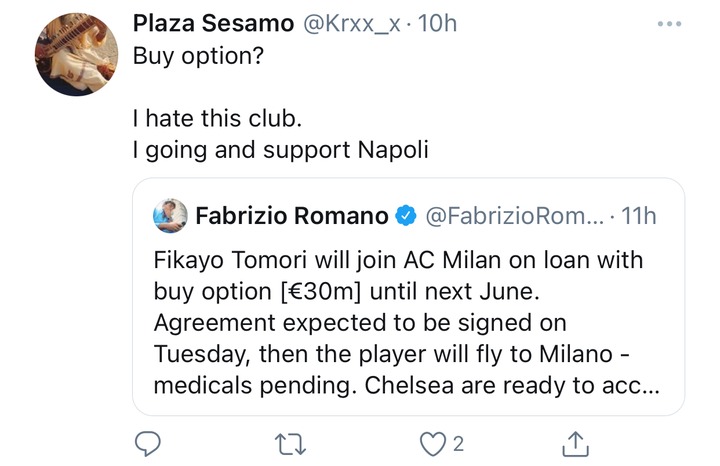 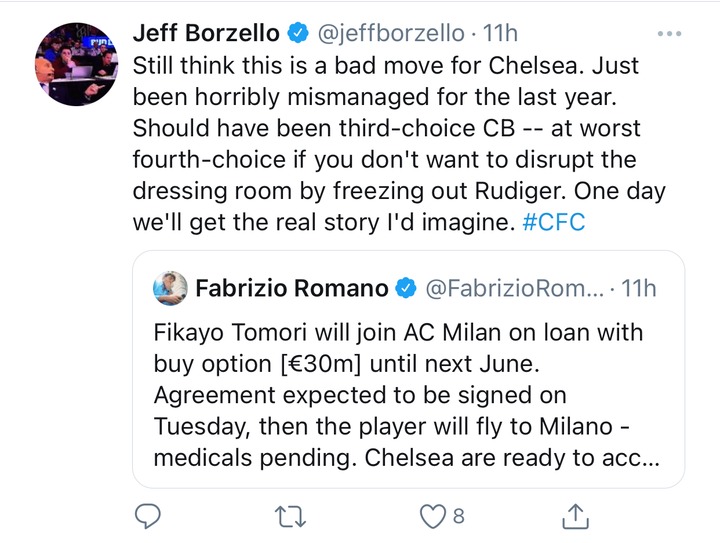 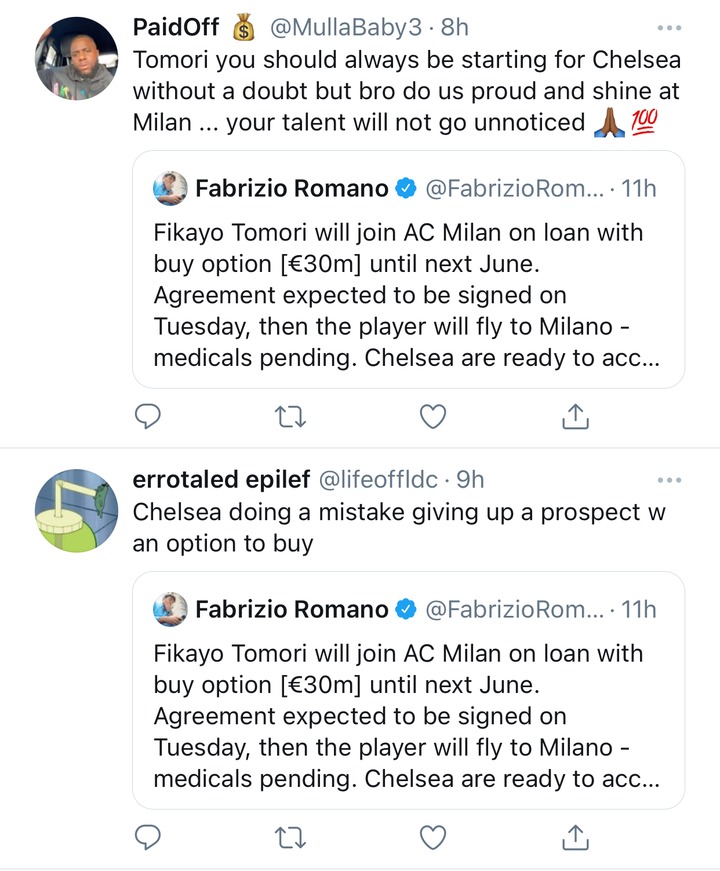 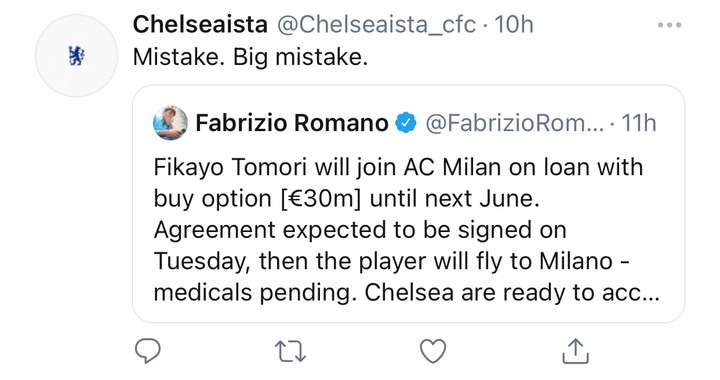 The manager, Frank Lampard, made fans believe that Tomori was in his plans for now and the future ahead of Chelsea's game against Fulham, which ended in a 0-1 win for the West London outfit.

‘This Is Trash’ - Americans Slam Davido After Dropping A Song With Their Favorite Rapper, Lil Baby (Photos)
‘She always denies things’, Fans react after Maria was confronted for calling Angel a pr*st*tute in the house
Magician Shocks Davido And His Entire DMW Crew, As He Entertains Them With Magic (VIDEO)
BBNaija 2020: Vee Intends To Attend The Saturday Night Party, [email protected]