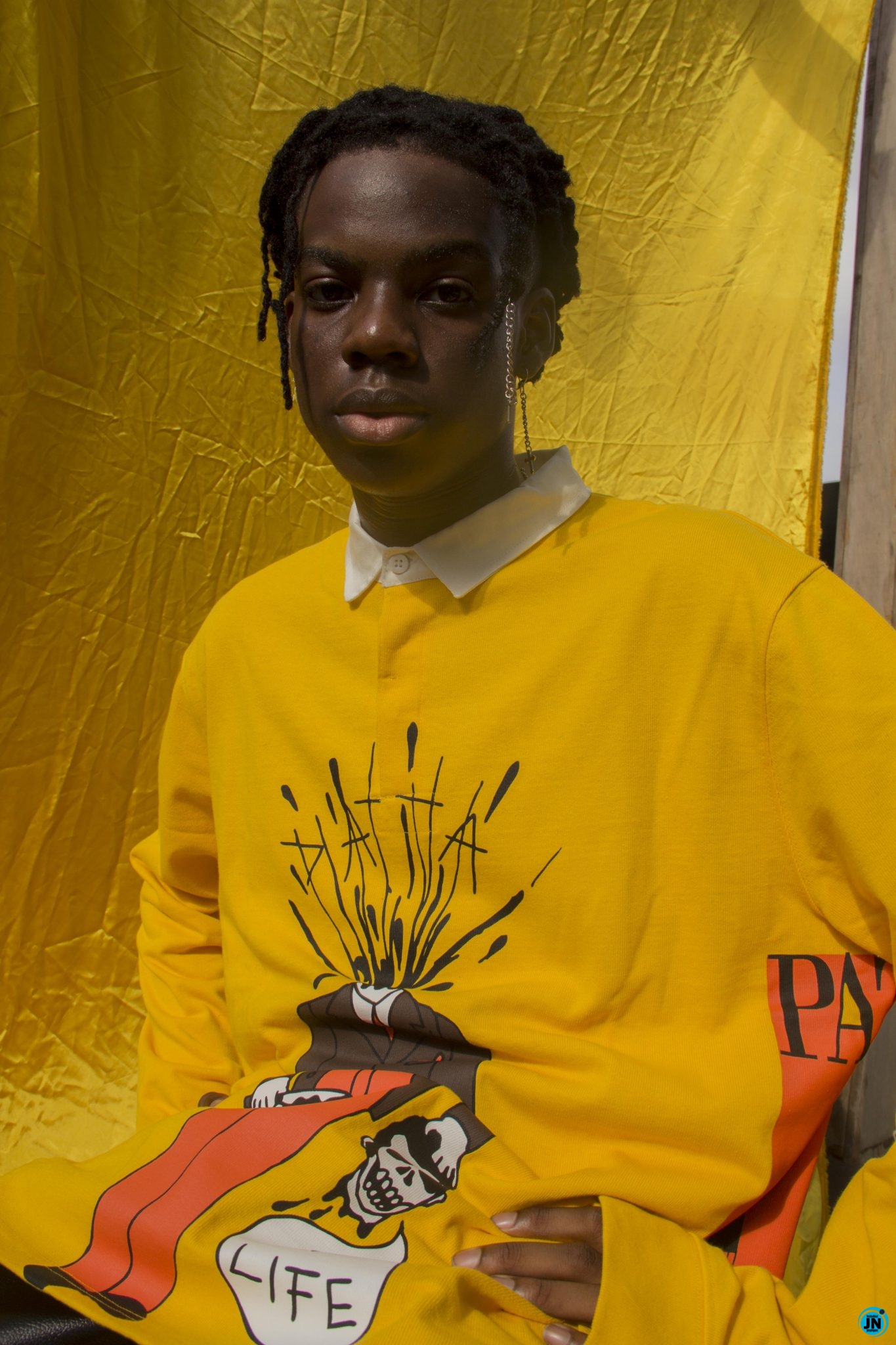 Mavin Record star act, Divine Ekubor widely known as Rema, yesterday received the 'Honorary Membership Award' of the BMW Club of Nigeria, for the promotion of the brand in his recent hit single, 'Beamer' (Bad Boys).

Members of the BMW club at Eko Atlantic, received Rema, where they bonded over races and drifts with the singer and he got to experience the famous “Thanos”, a BMW M4 which he called 'Godzilla' after getting a taste of the beasty ride steered by the Club’s new Vice President, Theo Samouris.

Rema’s new hit single “Beamer (Bad Boys)” promotes the BMW brand and highlights the cool factors. Fondly called “Be My Wife”, The German auto company appreciated the free marketing and decided to appreciate the singer by awarding him a with a Honorary Membership Award.

Below are the photos; 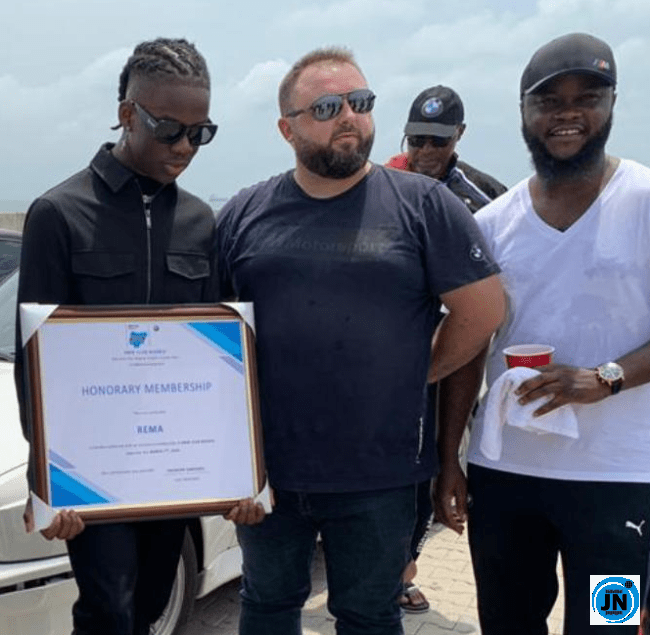 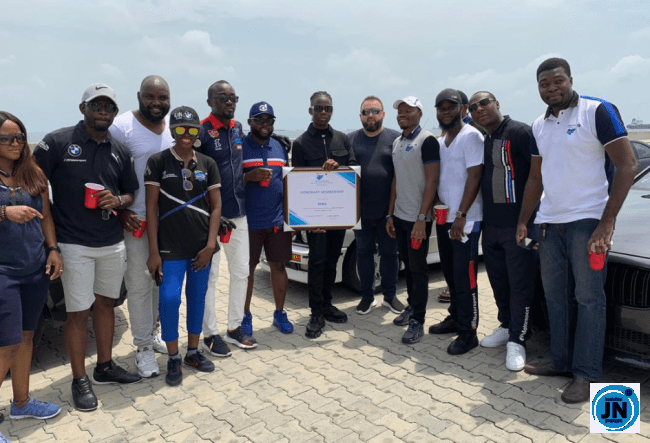