Burna Boy in new tweet clarifies more on why he is without a doubt the African Giant, how he has been flexible throughout the years and also revealing who paved the way to the international level for him. 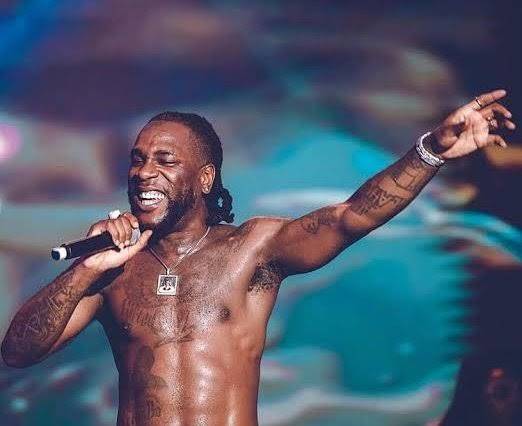 Burna Boy while calling out his fans who are joining trolls in calling him out, he has demanded that he is the African Giant since Africa relies upon the sort of solidarity and resilience he shows. 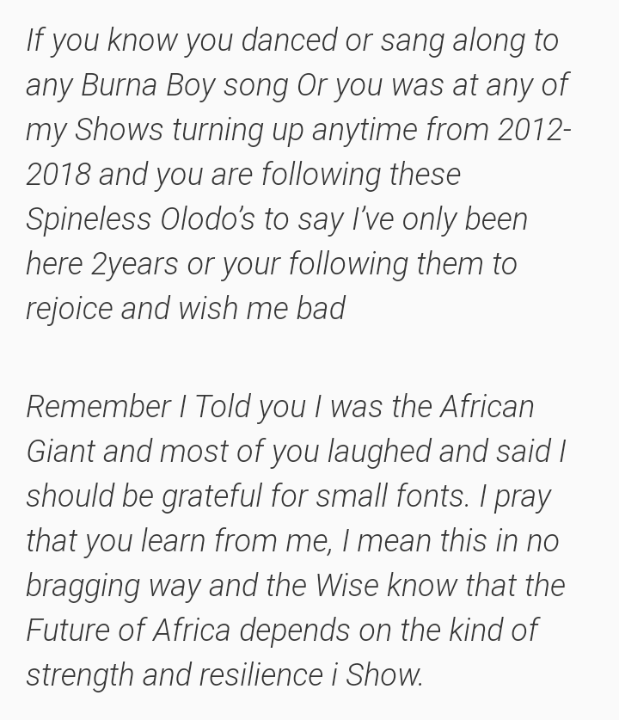 Responding to talks that some other Nigerian artistes paved the way for him, most especially international ways, Burna Boy had this to state; 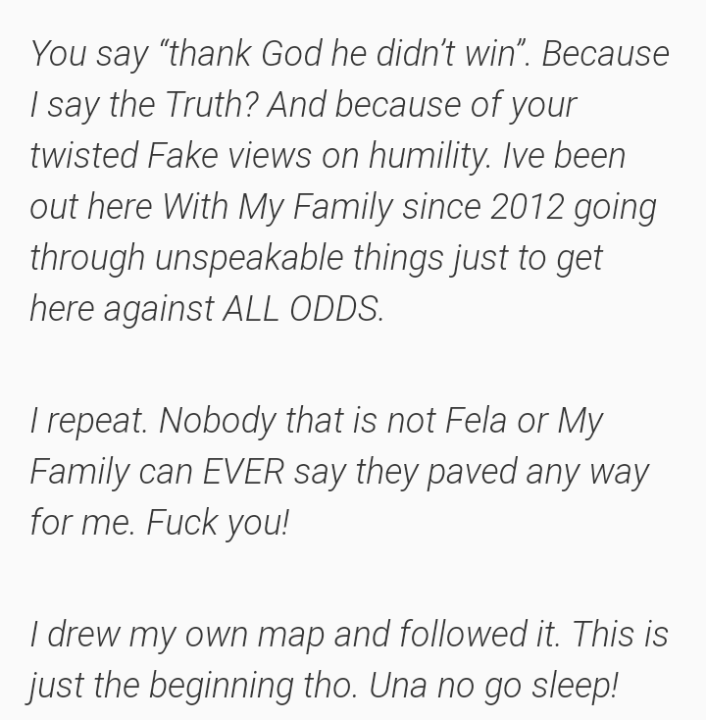 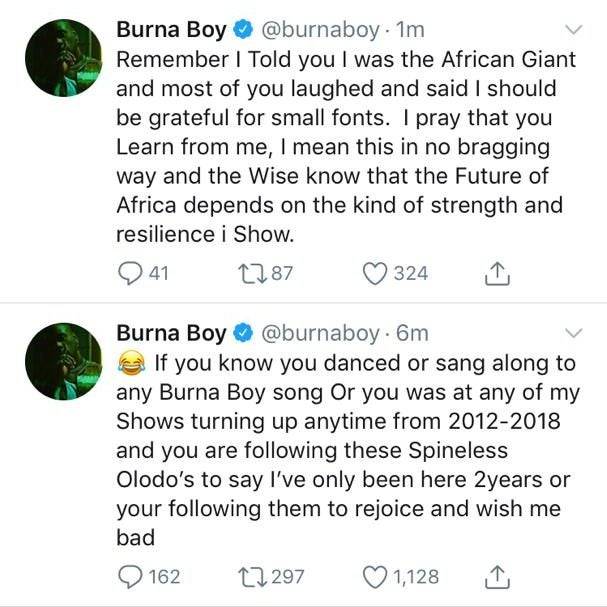 Businessman Calls Out Laycon For Not Appreciating Him After Spending Over N2million To Vote
BBNaija: Lucy Goes Wide, After Prince Included Her Name in The List Of People To Cook For Him (Video)
Alleged chat between MC Lively and his 21-year-old girlfriend who allegedly had abortion for him
Clarence Peters’ girlfriend of 14 years defends him over Kodak's death