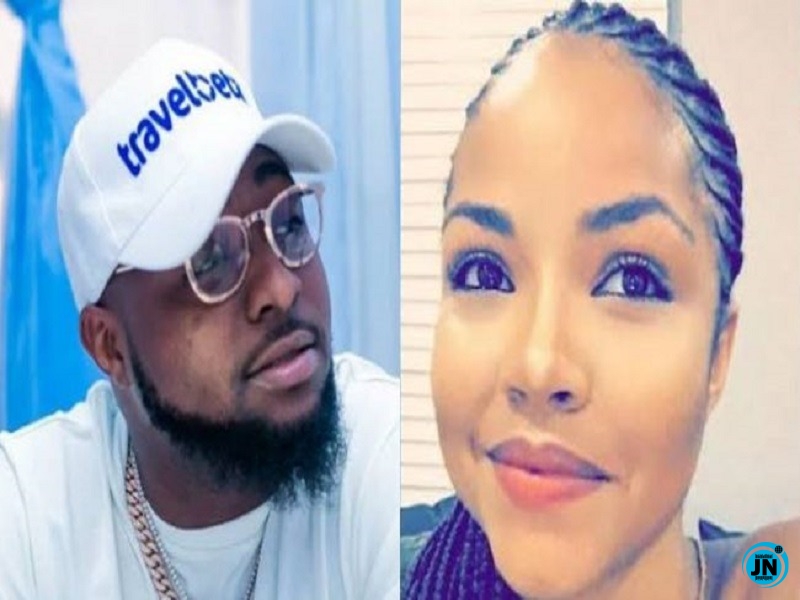 Some social media users, have reacted sarcastically to a photo of BBNaija season 5's housemate, Nengi seen clubbing together with Davido in 2013 emerges online, as they say she was just a teenager at that time.

Recall that, Nengi during the beginning of the show, claimed to be 22yrs currently, and fans have called her out for lying about her age, after digging out a photp of her clubbing with Davido 7yrs ago.

According to some, if she’s indeed 22yrs now then it means she was 15yrs back in 2013 when she went clubbing with Davido which is a crime because she was underage.

Others believe she’s just trying to play smart in the house hence decided to reduce her age just to be able to mingle with the young ones in the house. 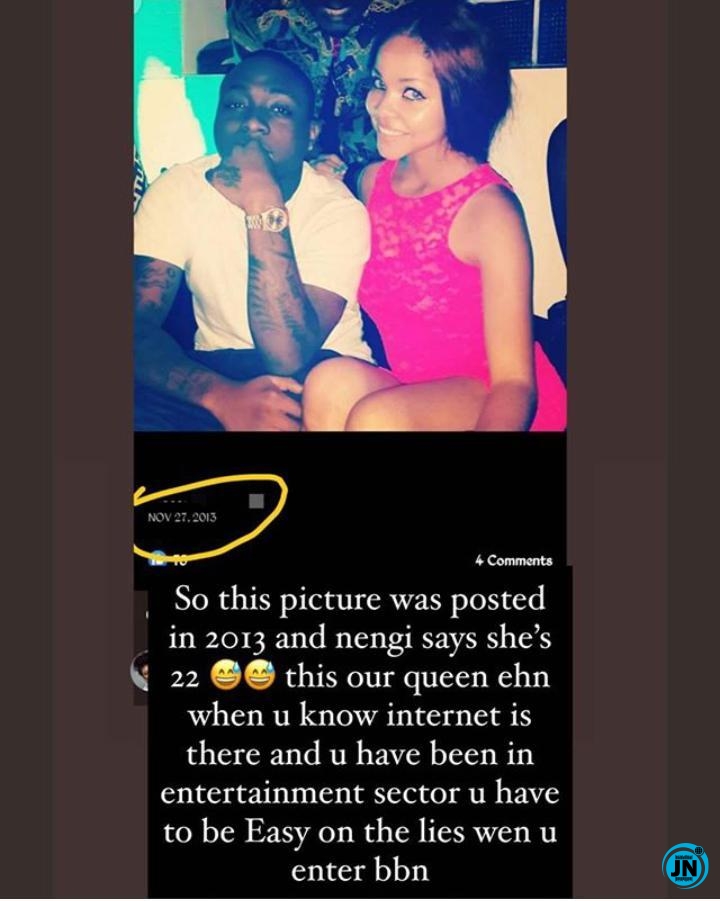 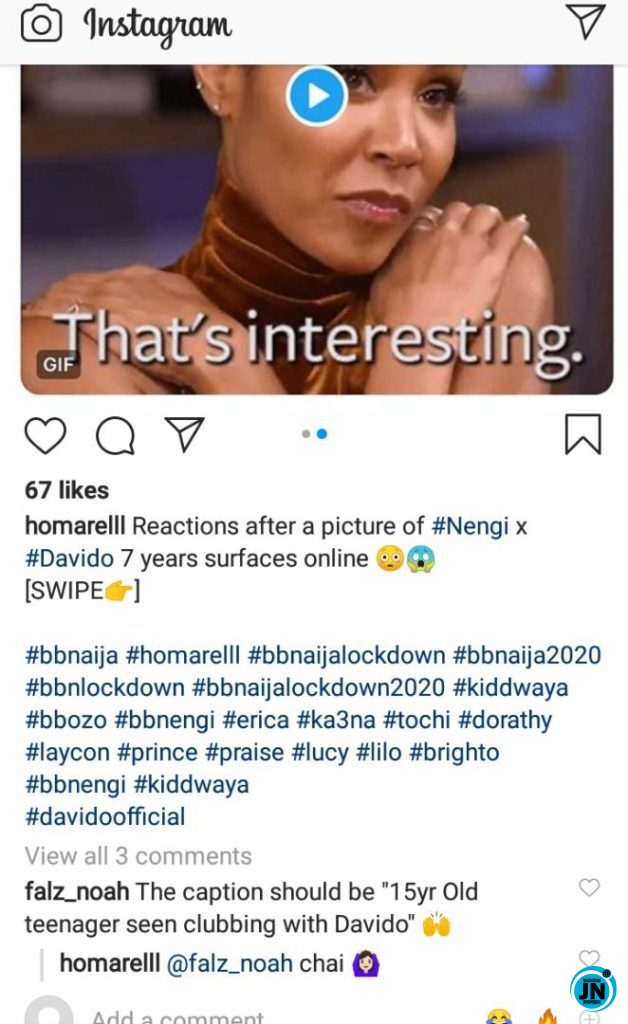 That is how their secrets will start to reveal bit by bit...Nengi came with strategies for sure