Bobrisky Finally Reacts To The News Of His Death | JustNaija 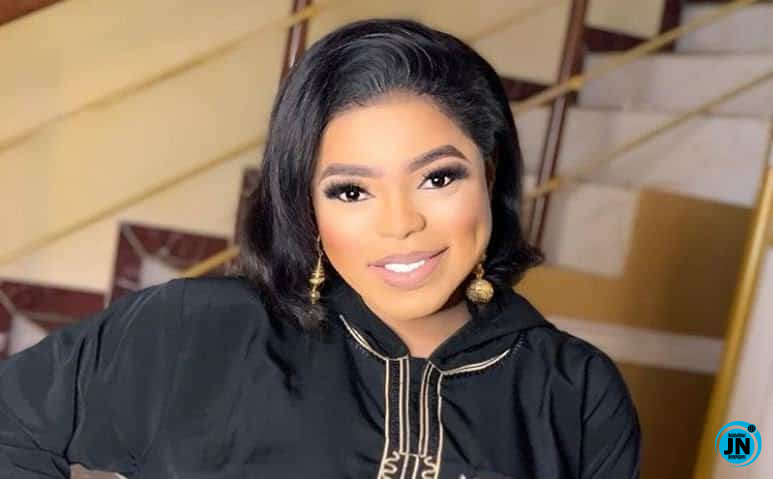 Bobrisky Finally Reacts To The News Of His Death.

Popular Nigerian cross dresser, Bobrisky has debunked the rumor making round the net, that he is dead.

The male barbie who is known to come after trolls or anything depicting negativity around him has taken to his Instagram page to share a photo of himself at the said social function yesterday.

Declaring that he is alive and well, Bobrisky said that anybody that’s wishing for him to die, will have to die first.

He added that he would honour the person by attending his/her funeral and slaying in a black attire. 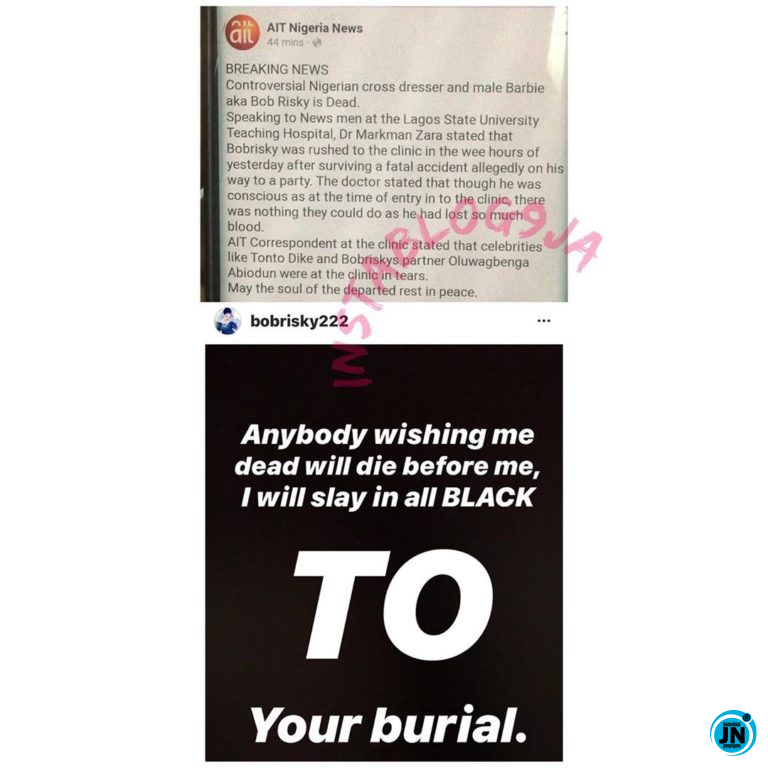 TAG : BOBRISKY
Davido Distributes Money To Crowd In Front Of His Lekki Mansion; Tells Them To Come Back For More (Video)
I Love South Africa – Burna Boy Declares Ahead Of His Performance In The Country
American Rapper, Future Arrives Lagos Ahead Of His Show (Video)
Popular Actor Odunlade Adekola Opens Up On His Imperfect Marriage
‹‹‹ 1 Last
(Pages: 1 )

Singer, Mr Eazi Reportedly Recovering From A Sickness That Looked And Felt Like Coronavirus

5 Nigerian Musicians Who Swapped Record Producing for Singing. No.4 Would have been Hawking Sausage by Now!!!