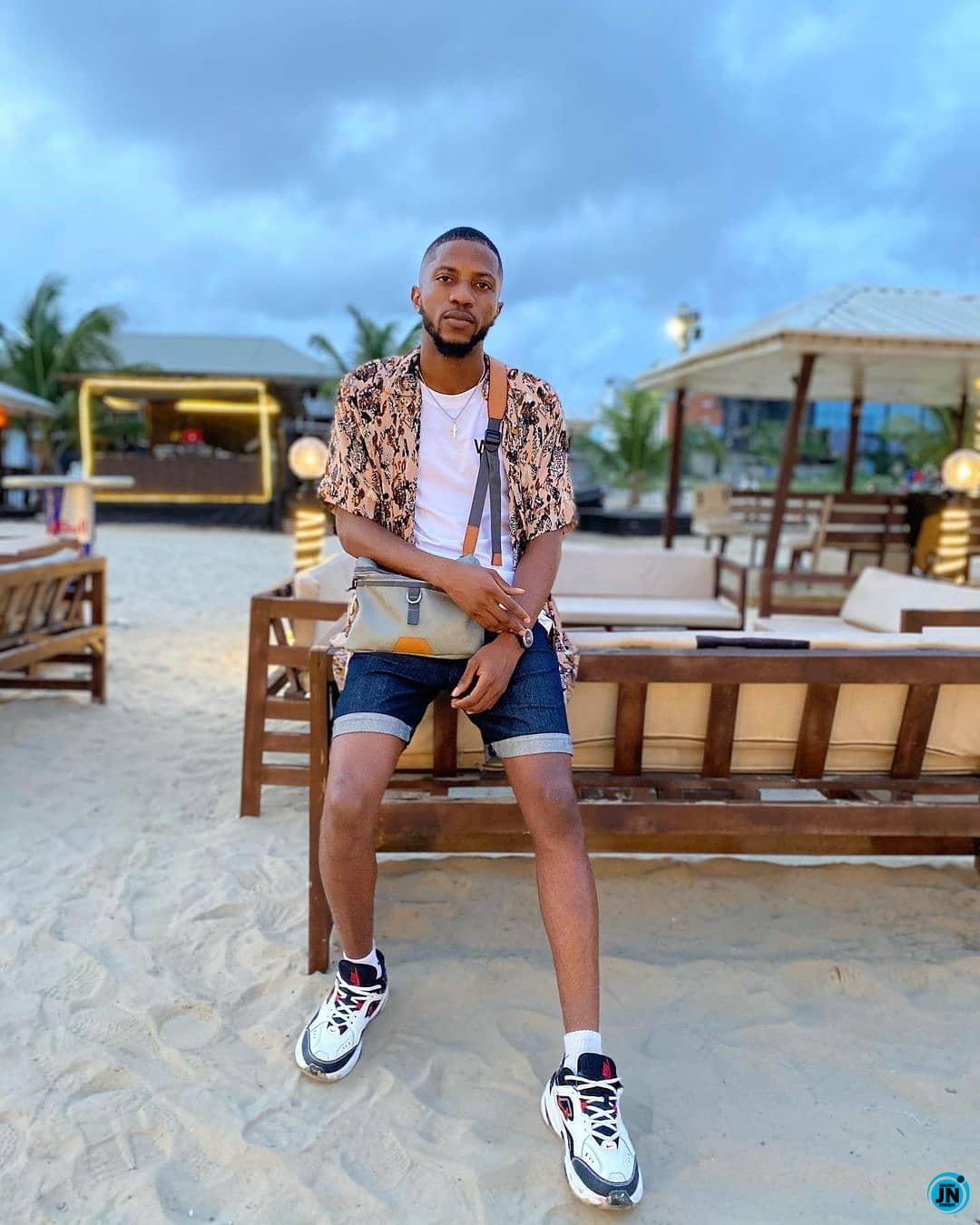 The social media accounts handler of BBNaija S6 housemate KayVee, has revealed that his new behavior is because he feels unwelcomed in the house.

Recall that Whitemoney have earlier stated that he doesn’t quite understand KayVee and his problem, as he (KayVee) is becoming weird day by day in the BBNaija house.

“He went to the washing machine that was in use by someone else and turned it off.
He went to the tap, opened it and washed his face, he looked at us, hissed and left.
Is this a prank? This is not funny”,


Well, it appears other housemates have also shared Whitemoney’s concerns and they are of the opinion that KayVee needs a professional psychiatric evaluation to sort out his issue.

However, his handler has now come out to hit out at that statement, saying KayVee is a gentle Jack and doesn’t have any problems mentally going on with him. 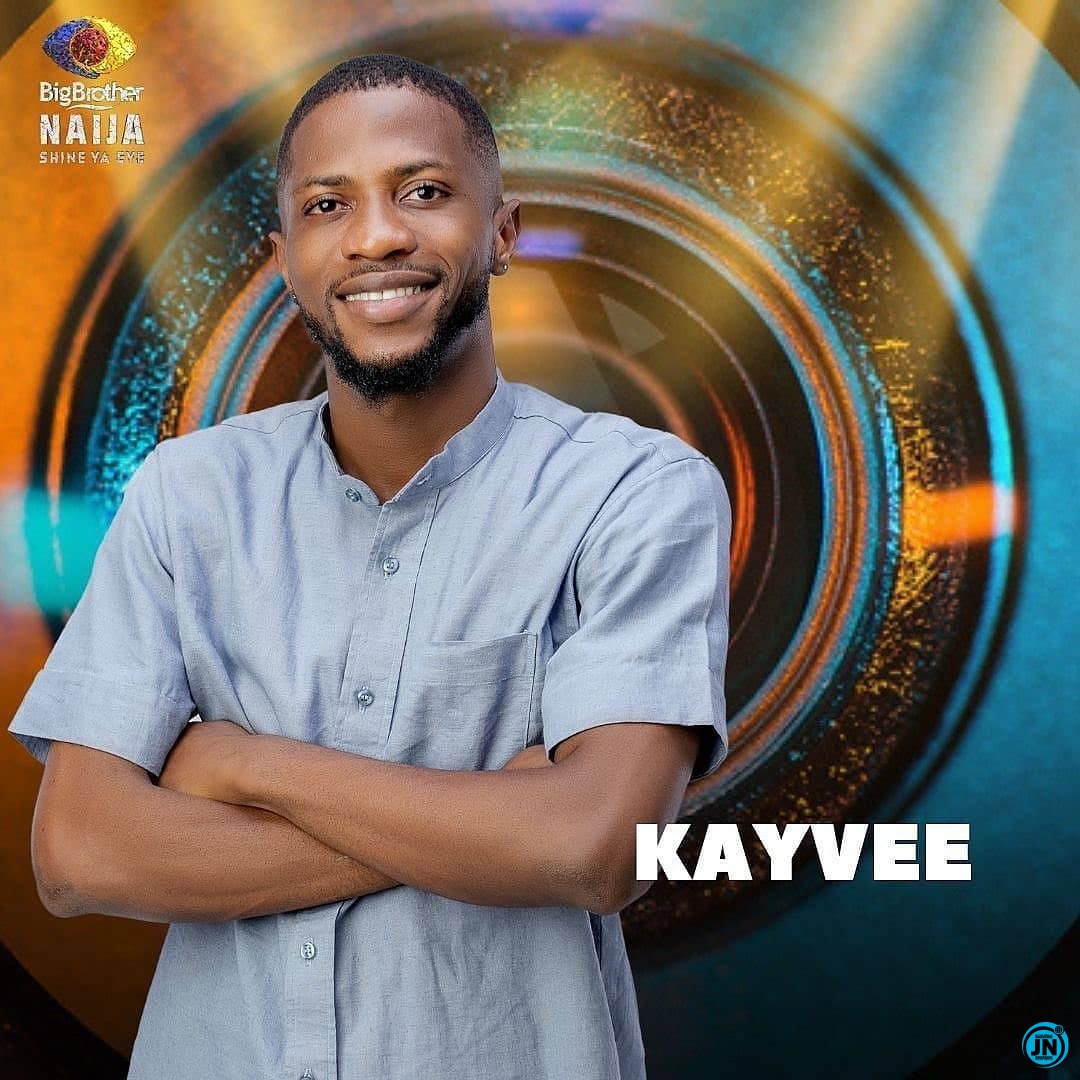 According to the handler, KayVee is just feeling unwelcomed by fellow housemates and as a result of that feeling, he’s withdrawn back into his inner shell as a way of respecting himself.

The handler posted a lengthy statement on Instagram on Monday, while addressing what’s up with the BBNaija “Shine Ya Eyes” housemate. 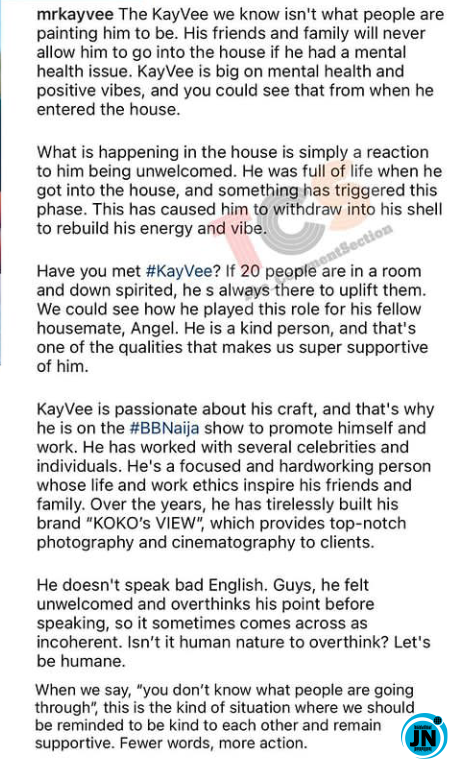 Stop pressuring your fans – TBoss attack celebrities showing off their expensive Rolls Royce
BBNaija: Winner Of Season 5 Has Been Decided Already – Kiddwaya Tells Ozo
Judah The EP Review: MI, The Rap King and Indomitable Lion of the Tribe of Judah
“Handwriting like that of a pharmacist” – Reactions as Burna Boy’s note surfaces online