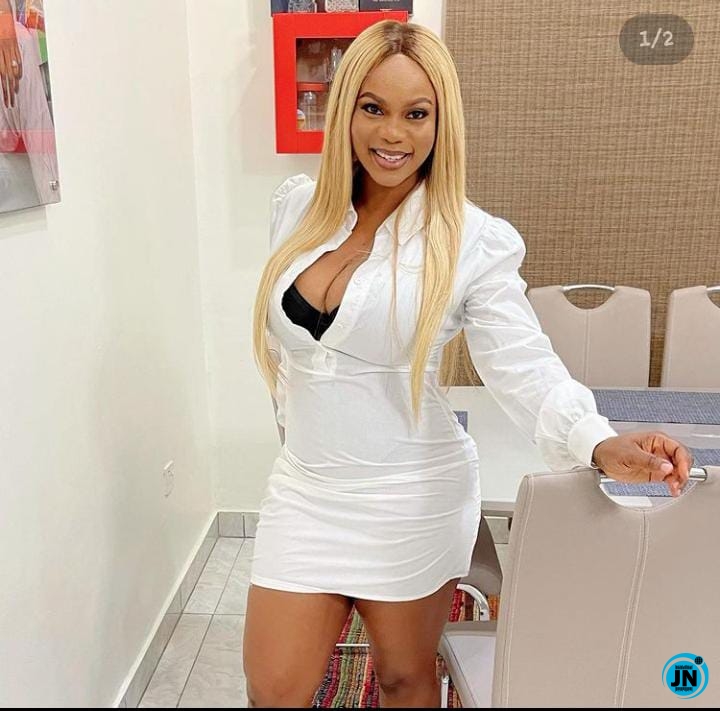 Actress Oma Nnadi has shared a screenshot of vile messages she got from fans after she campaigned against Pere in the ongoing reality show.

According to her, she described Pere as one of the housemates who is a strong contender, hence the decision to vote him out.

“So I decided to play my Own game tonight by Voting out a strong contender with peeps who feel the same way as me.
Slide to see the depth of hate messages I got . Waohhh. Am sure more are there which I didn’t see.
Ah ah, e reach this stageeeeeeee???” 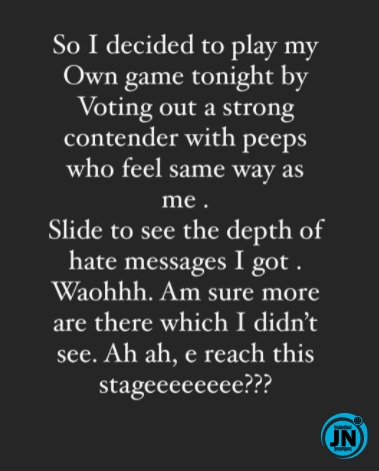 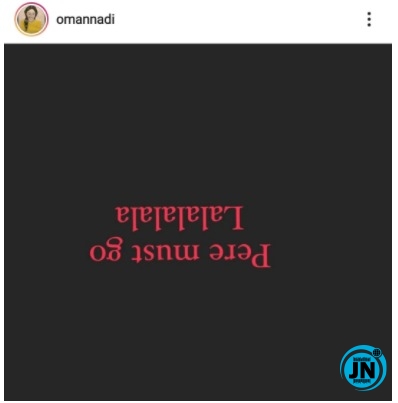 However, this didn’t go down well with her followers as they resulted in using vile words against her. 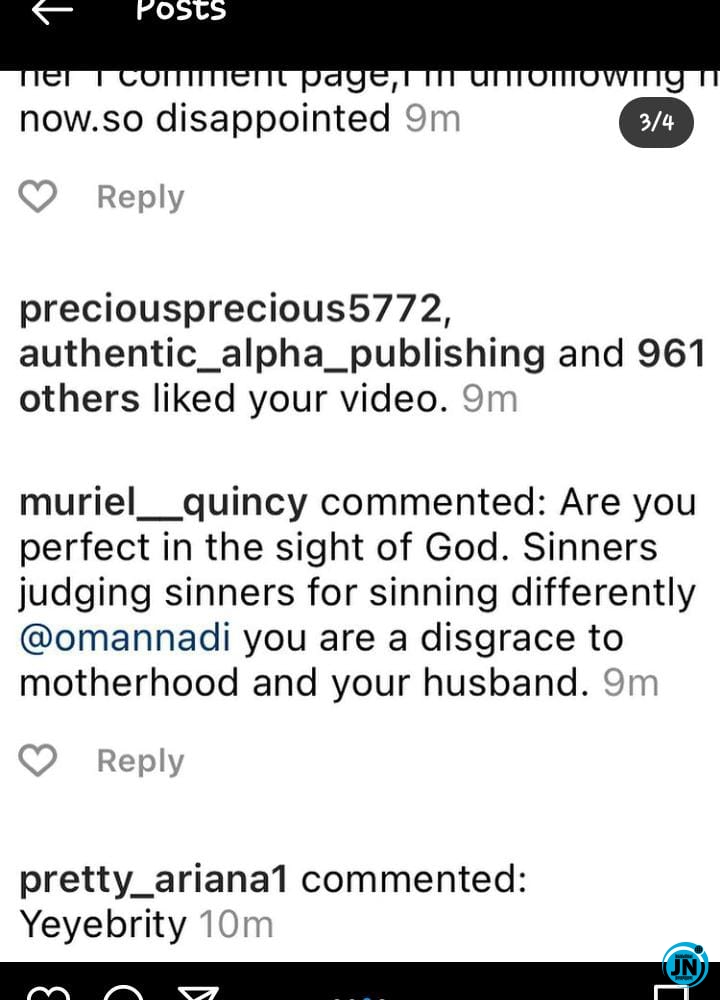 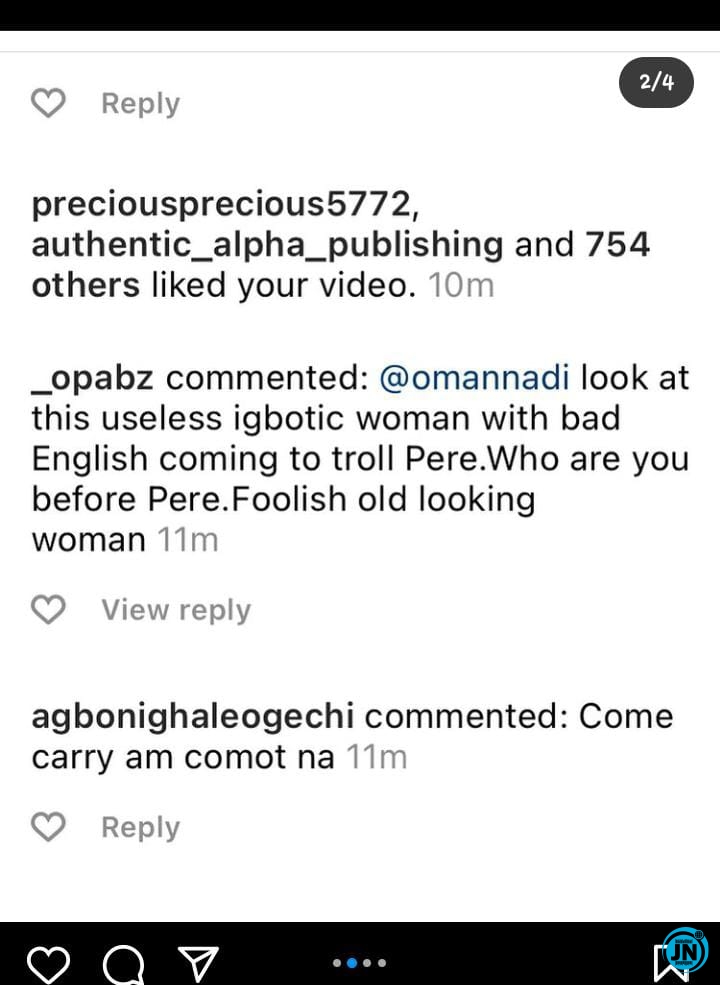 #BBNaija: Actress Oma Nnadi shares vile messages she got from Pere fans after she campaigned that “Pere must go”
#BBNaija: “Pere has great leadership qualities like Obasanjo but people mistake it for arrogance” – Uche Maduagwu