BBNaija 2021: ‘I will beat you flat’ – Whitemoney tells Pere as they fight dirty
Posted by 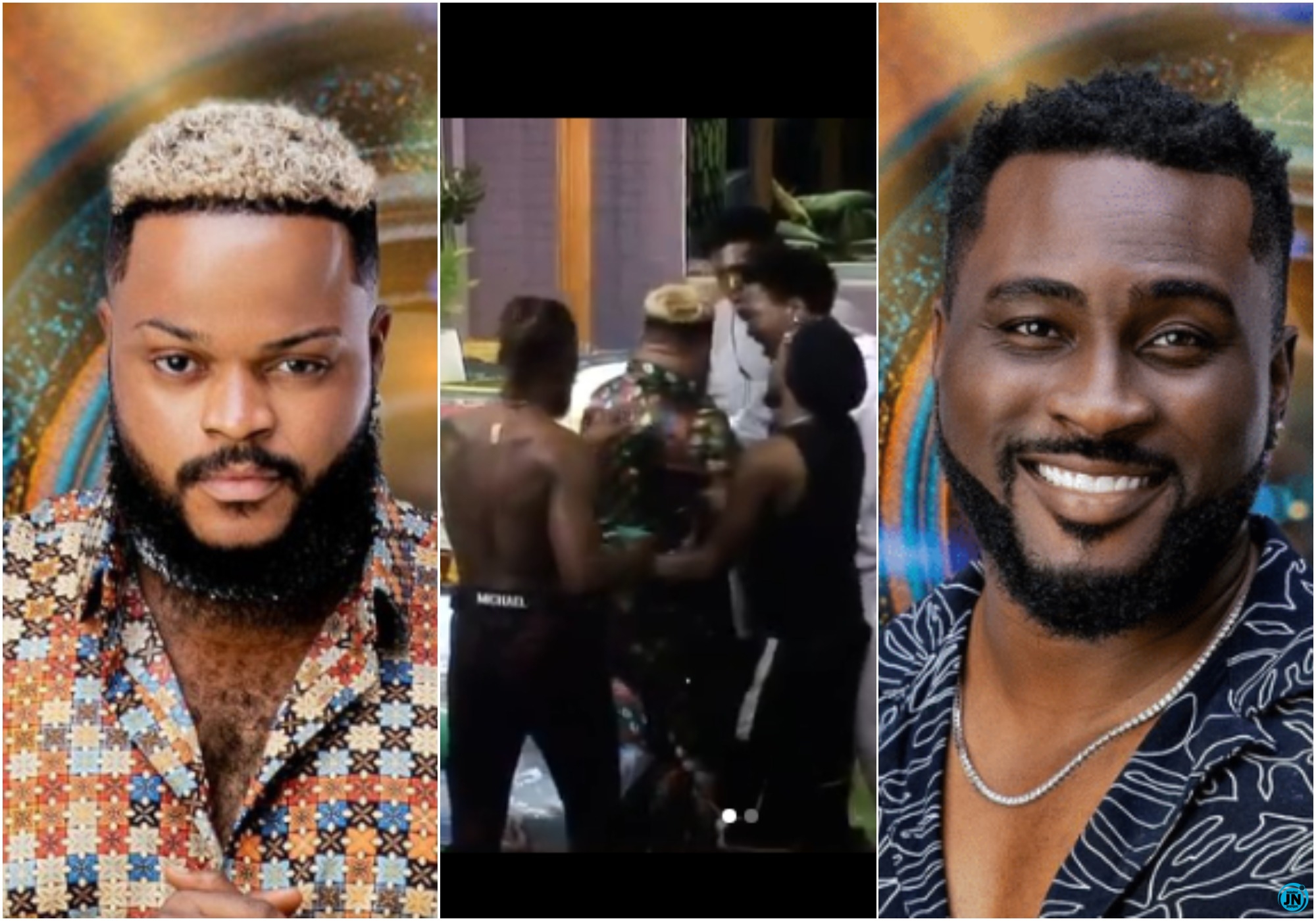 While Nigerians were asleep, ‘Shine ya eye’ housemates, Whitemoney and Pere got into a dirty fight and both parties let out bottled feelings they have been hiding.

The fight started after Pere aggressively confronted Whitemoney to ask him a question about a game they played in the house.

While Whitemoney attempted to explain to him so they can both have an understanding of what the game was about, Pere decided to remove his microphone belt and made it look like he was ready to throw some jabs.

This got Whitemoney pissed off and made him raise his voice, thereby attracting the other housemate’s attention which made the whole issue escalated.

According to Whitemoney, Pere confronted him like a child and made him feel belittled over an irrelevant issue.

Speaking further, the Igbo-born said that if it was outside the house Pere did such to him, he would beat him flat and not let him go scot-free.

During the fight, Whitemoney mentioned that he knows fully well that Pere does not like him at all and he is always ready to take out his anger on him at any slight provocation.

Michael, Saga, Angel, and the other housemates stood up for Whitemoney and accused Pere of being a bully and being too authoritative.

Watch the videos below;


See what social media users had to say about Whitemoney and Pere’s fight;

@tahtah44 wrote “Finally Whitemoney standing up for himself. Enough of letting that mumu Pere have his way”

@chinny_shuga wrote “What is wrong with pere naa, this obsession with white money has drifted to hatred I swear”

@kweenroyals wrote “How can u bully your fellow man just because he can’t give u a punch at d moment, provoking him because una no dey street at d moment.”

"In Nigeria, You Turn A Pastor, If You Have A Bible & A Microphone" – Comedian Alibaba
“I can’t open my body, no matter how much you pay me” – Tonto Dikeh warns cloth vendors
My Sound You All Called 'Indian', Everybody Is Doing It Now - Rema Inform Mockers
“There was no war, but they just wasted my son” – Father of young boy killed by a policeman in Rivers State, cries out for justice (Video)