Erica intense drama yesterday has gotten some viewers and asking questions if she is okay mentally. 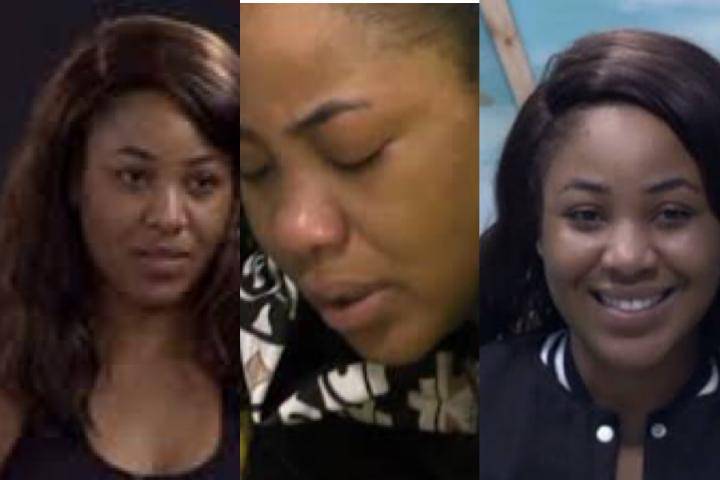 It was really a different turn of events as the Head of House of the week, Erica lost it and hit back at her love interest, Kiddwaya and Laycon she did not stop there as she hit Prince as well.

Erica went to the Head Of House to open a table water and poured it on the bed, particularly the side were the deputy head of house, Prince always sleeps.

When she wanted to do that, Prince and Tricky Tee tried to control her but she did not heed as she went ahead to pour the water on it.

This is coming after she had a heated moment with Laycon and she turned it on Prince saying he is two faced because he did not support her when she had issues with Laycon.

Well, different reactions followed this by the viewers as they claim they’re not sure if she’s mentally stable. 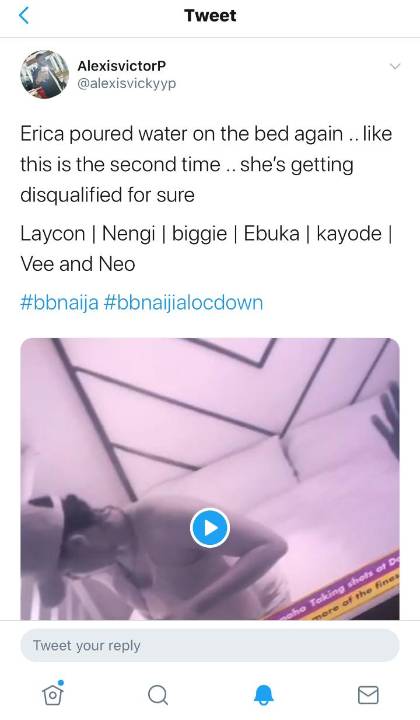 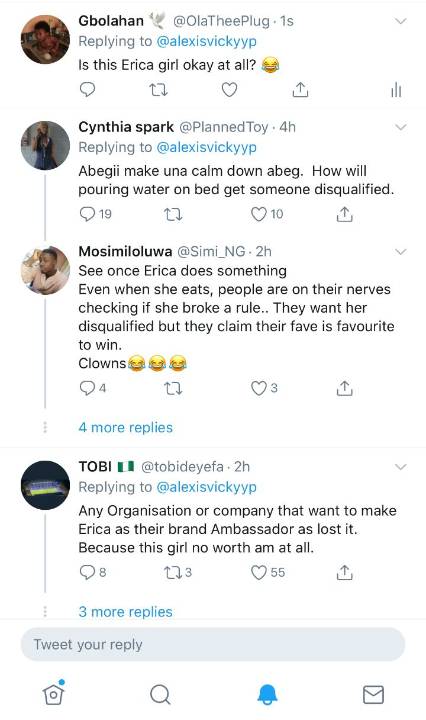 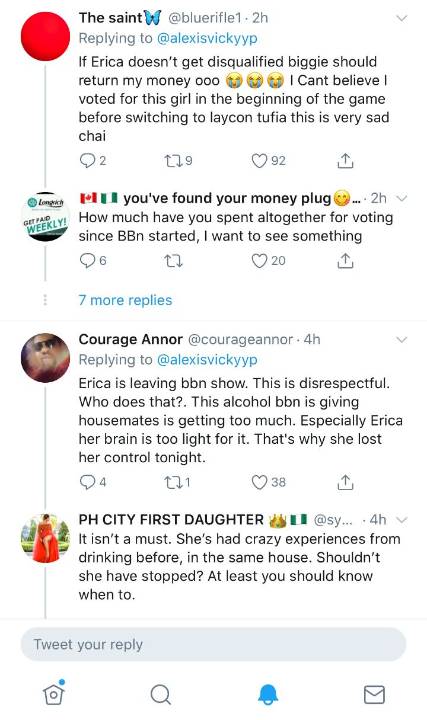 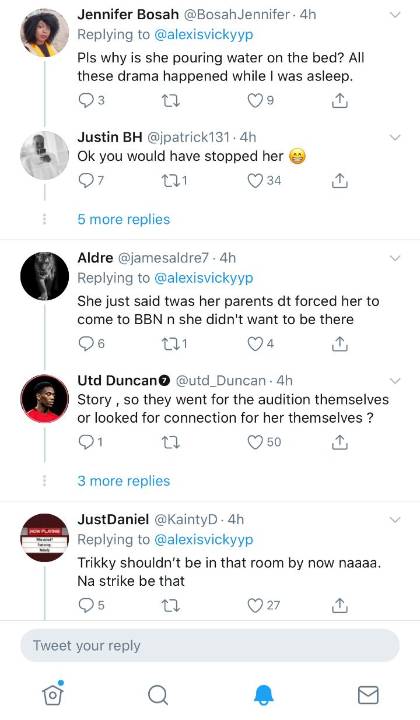