A Nigerian man has shocked the internet space after he tattooed his body with something unusual. 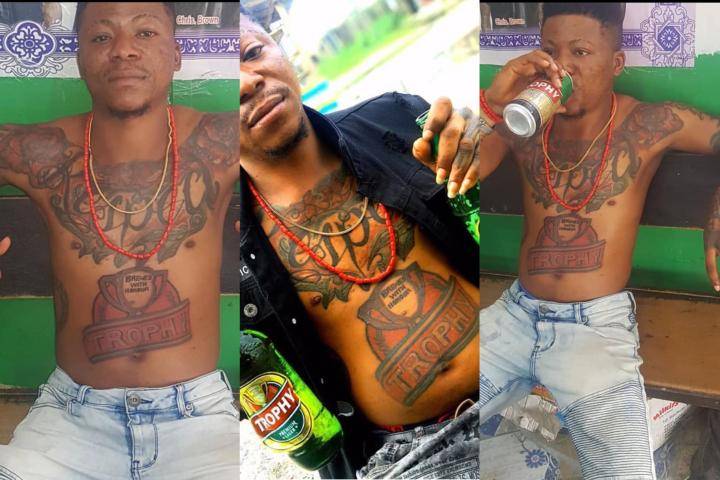 The Nigerian man (his name undisclosed) had gone so far to show love to his favorite beer.

He went ahead to tattoo Nigeria’s made beer, ‘Trophy’ to his stomach and chest.

He got the tattoo so perfect, including the logo and color of the beer.

The man photos has caused series of reactions on social media as many have questioned his move by getting the enormous tattoo on his body.

However, some have stated that he might be hoping to get an ambassador deal with the beer brand. 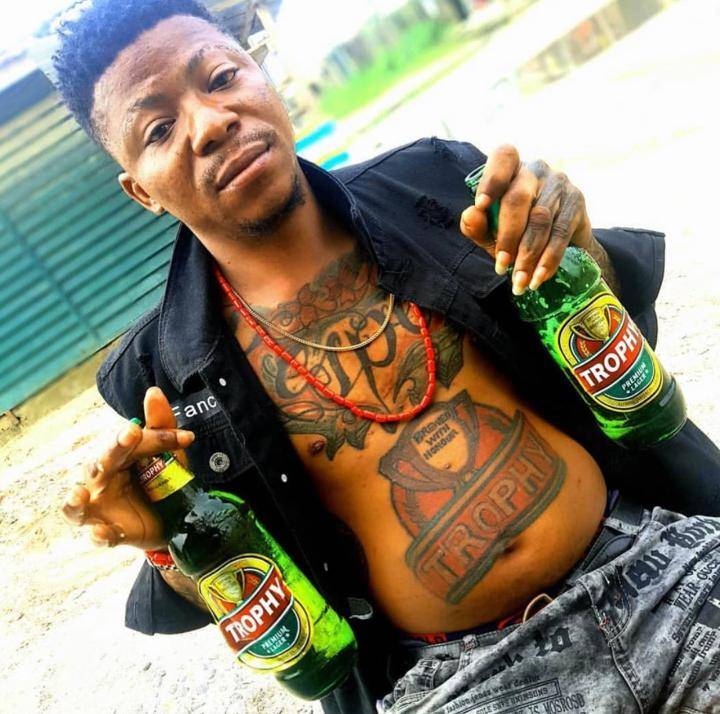 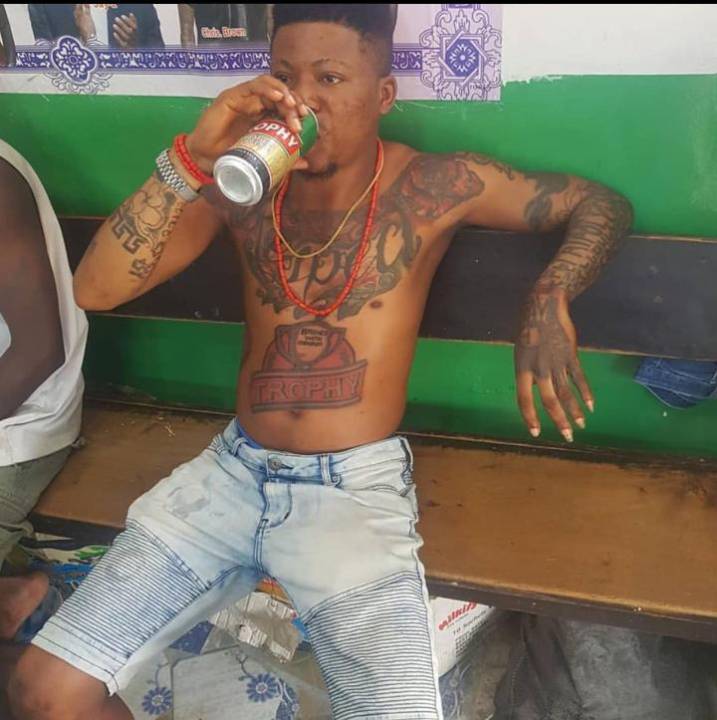 “Trophy now won’t sign him this are die hard fans nau This life no balance jare.”

“Better than having a tattoo of a girls name that will later break your heart.” 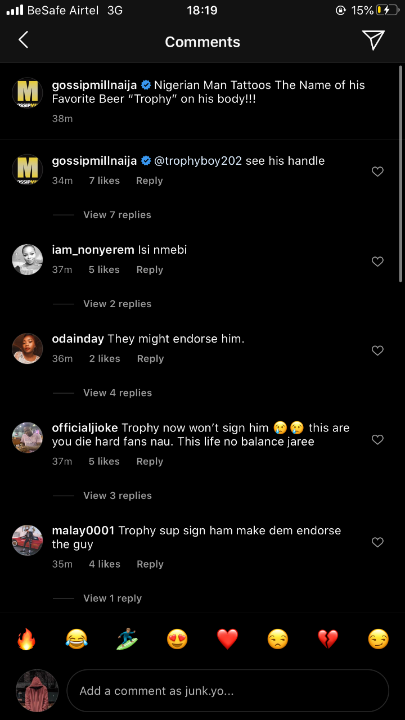 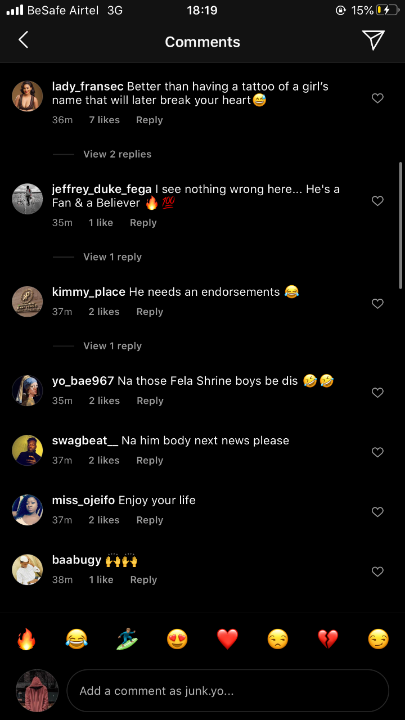 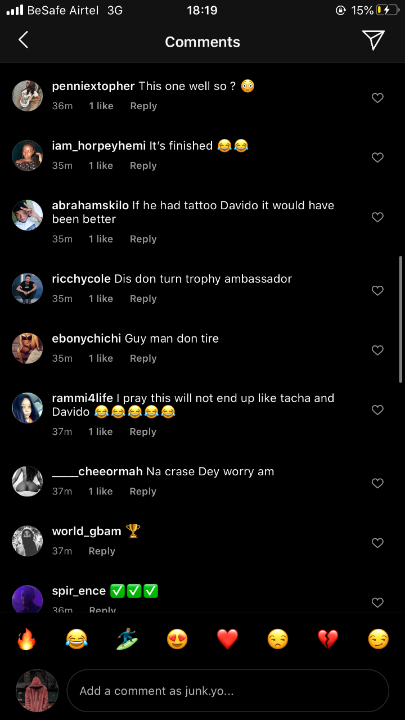 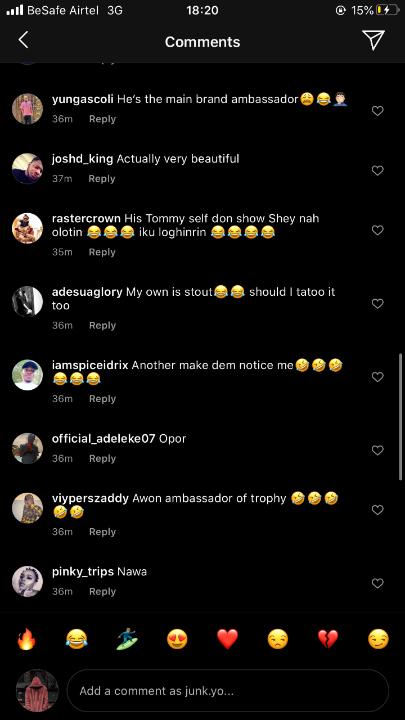 ‘No Actress Like You’ - Nigerians Pray For Tonto Dikeh As She Donates To Isolation Center (Photos)
Actor, Jnr Pope celebrates his six-month-old son’s dedication (Photos)
Toyin Abraham Storms London With Family For Vacation, Complain Of Too Much Cold (Photos)
Why Everyone Thinks Tonto Dikeh Is Pregnant (Photos)