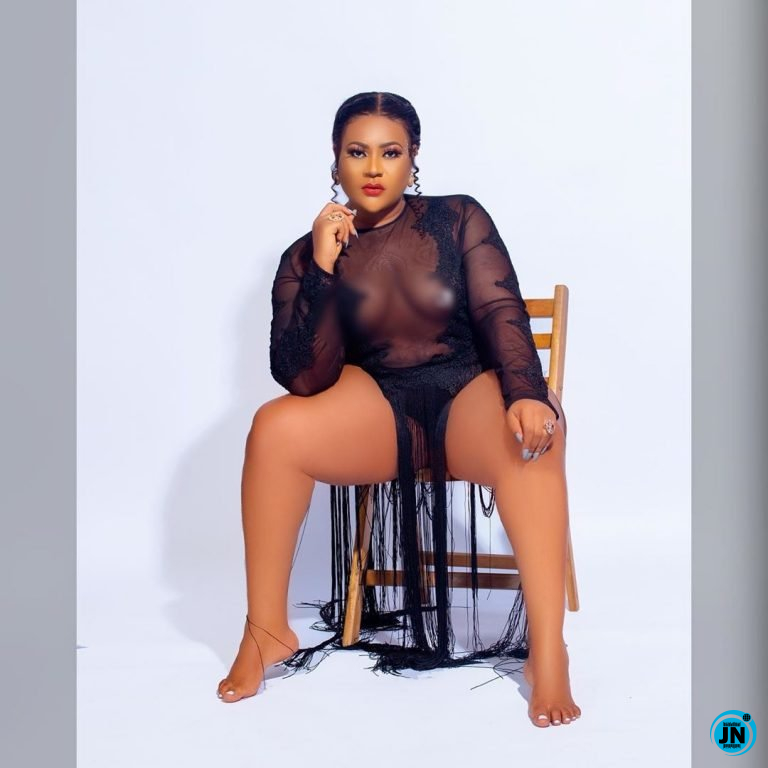 Ahead of her birthday, the Yoruba movies star has been on some ‘detty birthday behavior’.

The fair and ‘buttylicious’ screen goddess has revealed that some people are trying so hard to leak her nude photos.

However, she doesn’t care and might be pushed to putting the X-rated photos out by herself.

She posted the photo above and captioned it: ‘Heard someone is tryna leak my Nudes👅 imma as well give it to you myself✌️ Wait for the full view😍😍…Birthday Behavior Just cus Baba Ijebu likes it😋😋#Ladym#unstoppable #ogoagbaye🌎🌈⭐️💥🌟✨⚡️ ‘

Recall that two days ago, Nkechi Blessing announced that she might be pregnant which is also might be as a result of her radiant glow in recent times.

Nkechi posted a photo on her Instagram and wrote,’ ‘Nkechi who offend you🤦🏻‍♀️ Arw you sure I am not pregnant bayi😬”

Actress, Nkechi Blessing Dares Those Planning To Release Her N*De Photos
Yomi Black Dares Toke Makinwa To Openly Show How She Can Afford Her Lifestyle