The actress, who is mostly known for being controversial on social media, has in her angry state taken to her Instagram story to air her frustration.

According to Nkechi, she does not get reasonable DM’s because of the numerous amount of direct messages of people who send in their account numbers for giveaways.

Nkechi narrated that since she sent a certain lady on social media 50k, the account numbers sent to her DMs and under her post comments tripled.

This got her furious as she stated that with this rate, she can’t even see messages of people who want to do adverts on her page or other reasonable DMs. 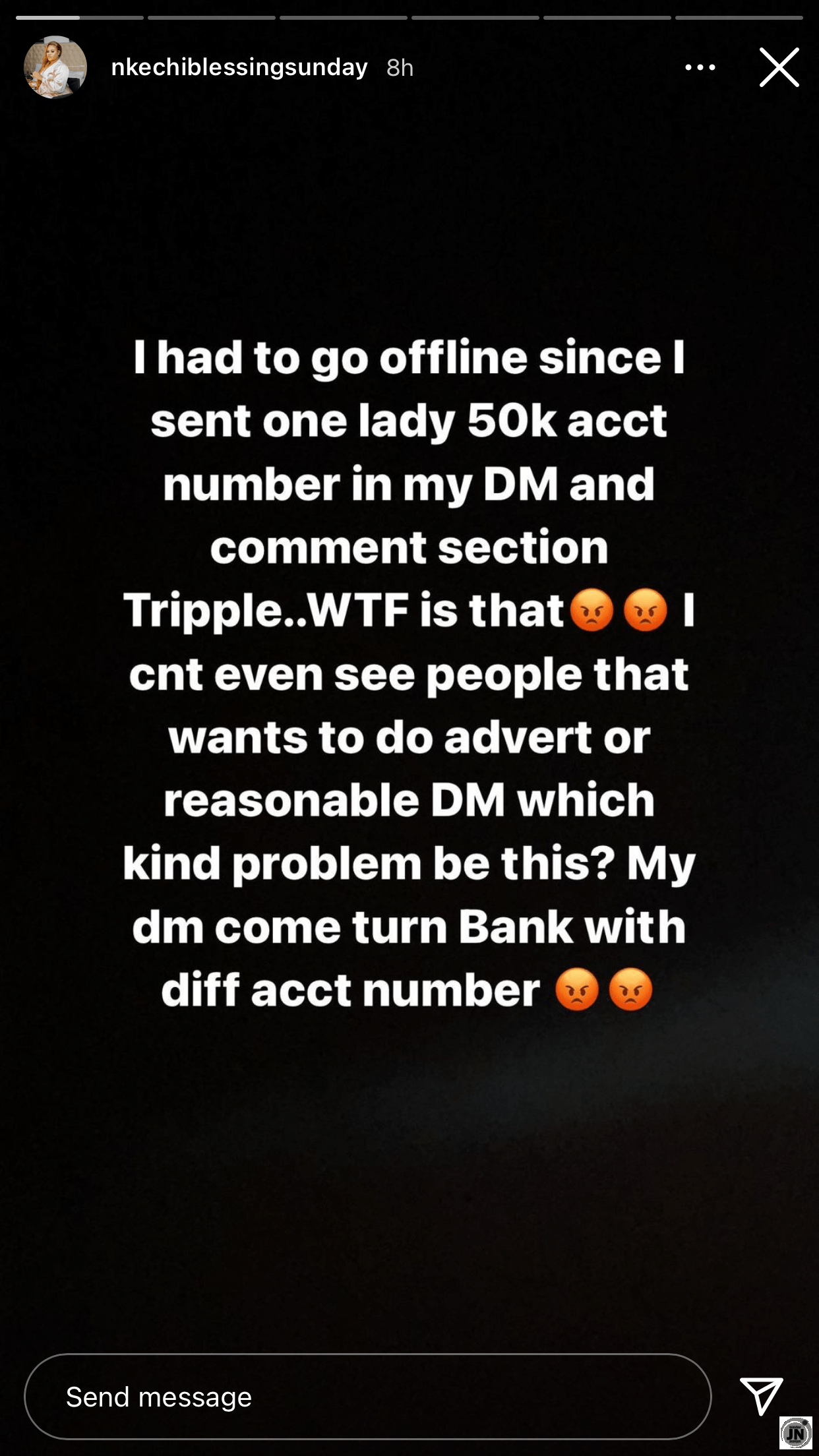 ’Coronavirus Is Disturbing This One’ - Bobrisky Says As He Exposes Man Who Sent Him These Messages
“When Will You Marry?” - Teni's Mum Messages Her (Photo)
DJ Cuppy Celebrates Her Mother With Sweet Messages, As She Turns A Year Older (Photo)
“I can’t even see reasonable messages again” – Nkechi Blessing cries out as beggars take over her DM