“A wealthy woman is nothing without a man” – Actress, Uche Ebere shades Toke Makinwa
Posted by 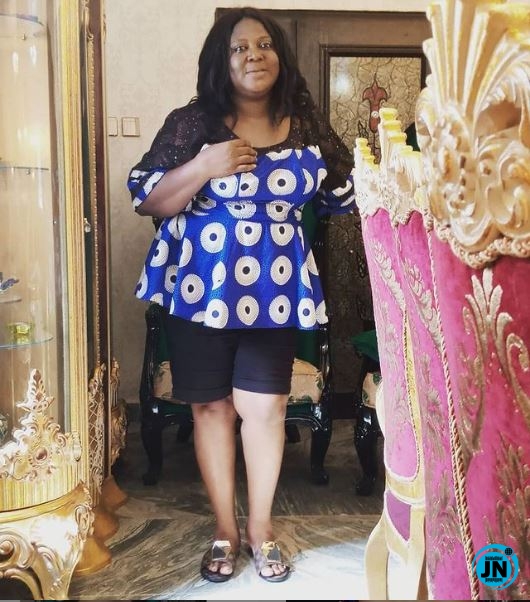 Toke Makinwa had previously made a tweet where she revealed that she so much hungers for love.

In reaction to this, the thespian indirectly threw shades at her as she insists that no matter how wealthy or rich a woman is, she must need a man in her life and vice versa.

She maintained that it doesn’t matter how self-made one is, the natural law as regards companionship must persist. 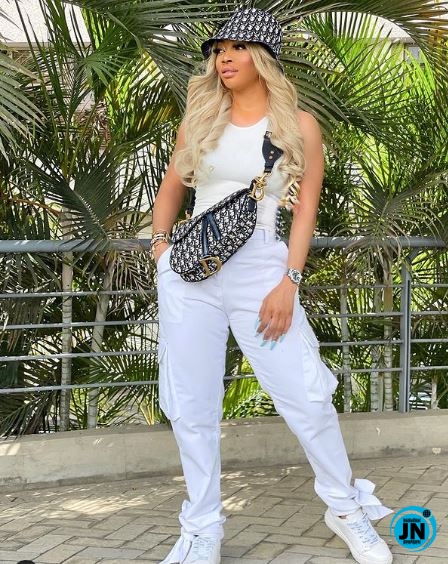 “I doon’t need a man, I can be without a man, what a man can do woman can do better, husband is not an achievement, blablablablabla, Osetigo deceiving young girls, but when they reach to a certain age they will now realize that a man is very important in a woman’s life just like a woman is important to a man’s life.

“See, money is not enough, a woman that has money without a man by her side as a husband worth nothing to important mattered, the earlier our young girls know this, the better for them.” 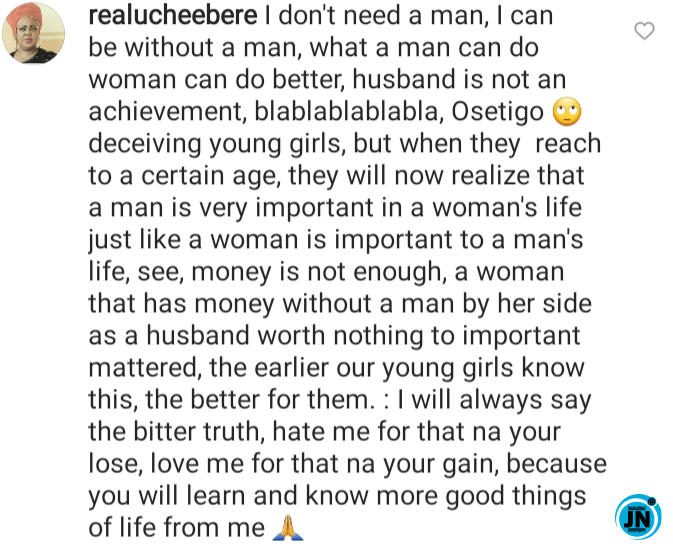