A boy with the names Wisdom Timo who is 11 years is reported to have been rescued while he was walking about in Rivers State precisely in Ahoada East LGA of the state. 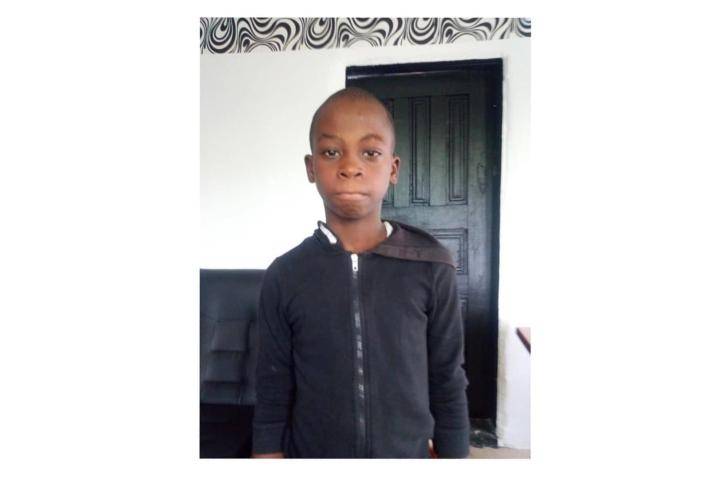 Wisdom Timo according to the reports is said to be an orphan and a resident of Power line Onitsha.

He was rescued at the junction of Rumuekpe in Rumuji under Emoha LGA of the state by a Good Samaritan.

It was revealed in the post of popular Instagram blog, Instablog9ja that the victim is the only son of his parents.

He was seen trekking to Onitsha from Ahoada where he was staying before with a woman that he was asked to stay with by his own grand mother who is a petty trader in Onitsha.

It was said that the young boy stayed with the woman for about two days because she was not feeding him well, he then decided to trek from there to Onitsha without knowing the way.

Here is what the spokesperson of the Anambra Police Command said below: 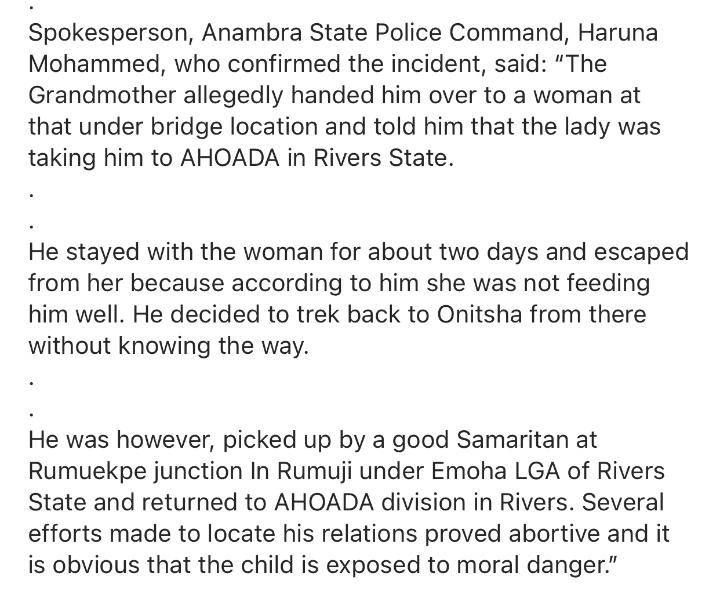 Lady drags husband who claimed he was travelling to Delta but lodged in a hotel with another woman
Man who was trolled for being fat undergoes amazing transformation, gets banging new body
“I was invited, but declined” – Mr Macaroni finally reacts to skit makers visiting vice president, Yemi Osinbajo
Photos Of The Black American Man That Was Killed After A Police Officer Kneeled On His Neck