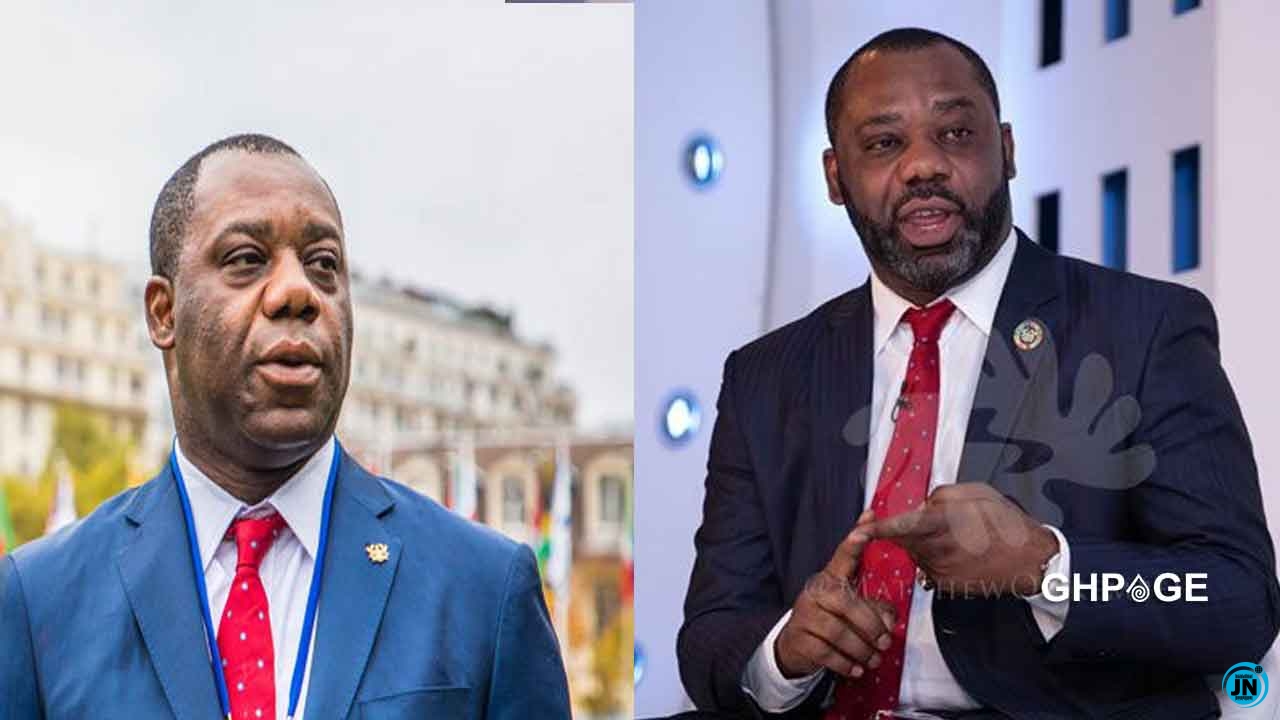 Dr. Matthew Opoku Prempeh, Minister of Education, says no student in the public universities will pay utility bills from the next academic year.

This is intended to reduce the financial burden on students and increase access to tertiary education in the country.

Dr. Opoku Prempeh, who declared this at the third edition of the Nation Building Updates in Accra on Tuesday, said: “the Akufo-Addo led government was the first to introduce a tertiary education policy to streamline interventions rolled out in the sector”.

He said if the ruling government is re-elected, tertiary students would only need his or her Ghana Card to secure a student’s loan. There will be no need for a guarantor.

The event was held on the theme, “Investing in Education, Investing in the Future,” which allows the various Ministries, Departments, and Agencies (MDAs) to provide detailed accounts of their stewardship.

The Minister stated that the Akufo-Addo led government since 2017 had initiated 719 infrastructure projects in the basic education sector and completed 252 of them.

At the secondary education level, he said, the government had initiated 1,011 infrastructure projects and completed 492 of them.

The new single and double-story dormitories constructed in some secondary schools had created additional 20,340 beds.

In the process, he said, 84,600 seats were created for students to study in a conducive environment, while 14,832 toilet and water facilities had been provided.

Dr. Opoku Prempeh stated that $800 million had been invested in education infrastructural development in the secondary education sector.

He stated that the previous NDC government completed seven out of 23 Community SHS under World Bank support.

However, the NPP administration under President Akufo-Addo had completed 14 more of such projects.

Additionally, the NDC government completed 22 out of the 50 e-blocks it started, but the ruling NPP administration had completed nine of them, while the rest were at various stages of completion.

Also, the ruling government provided a head teacher’s bungalow, accommodation for two assistant headmasters, and teachers’ flats to complement the Community SHS, which were absent in the ones provided by the previous government.

On technical/vocational education, the Minister stated that 37 of the 47 technical institutes in the country were being refurbished, while 34 National Vocational Training Institutes (NVTI) were being upgraded and retooled.

The national headquarters of the NVTI was being refurbished while 10 regional offices of NVTI were being constructed.

More also, the government was building district vocational education training centers across the country to train the youth in jewelry, bakery, beads making, basketry, among others.

Dr. Opoku Prempeh announced that Akufo-Addo’s government would construct the first-ever Creative Arts secondary schools as model SHSs to enable students interested in honing their music, dance, and oratory skills to do so.