Deep Controversial Queen Of Alaafin of Oyo, Ola has finally opened her hearts to review why her marriage failed, And she spoke how her co-wives mastered- mind her downfall

Kemi Filani News recalls, Queen Ola, the estranged wife of Alaafin of Oyo via her Instagram stories denied the allegations of cheating and accused her co-wife, Queen Omo, of being behind her marital crisis.

According to Queen Ola in a post, she shared on the photo-sharing app, there is no big deal in one breaking up and seeking for divorce from a union where one is not appreciated.

She has now gone on to open up on how she was wrongfully accused and how her co-wife planned her downfall.

Taking to her Instagram stories, Queen Ola wrote that she can never date someone below her husband while stating that God will soon expose those trying to bring her down.

The estranged wife went on to reveal that an unknown woman is currently stalking her on social media, with false claims that she is dating her husband.

According to her, the woman would send her voice notes and messages only to delete them before she can access the files. 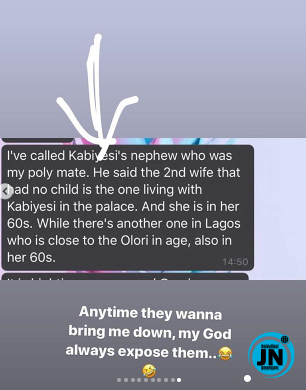 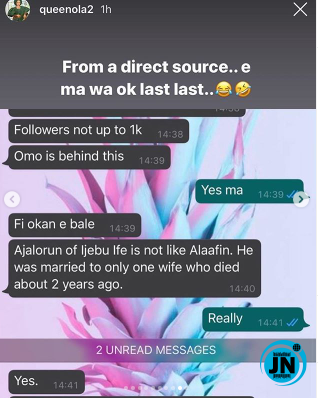 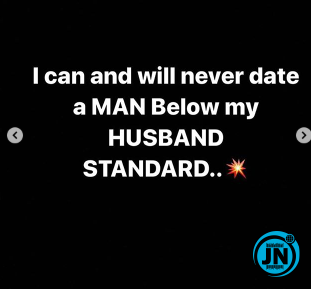 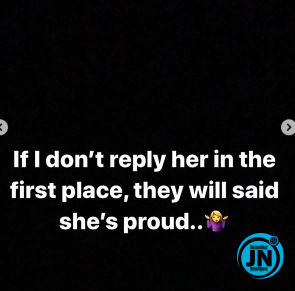 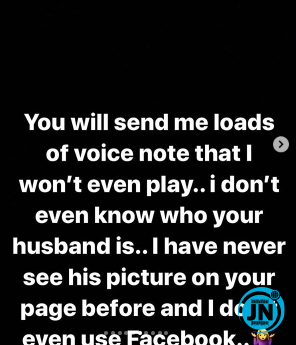 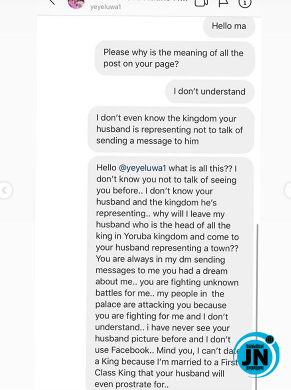 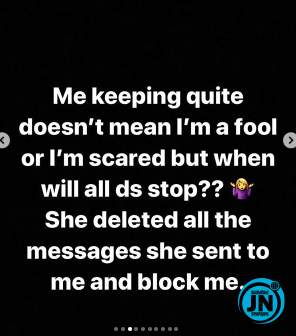 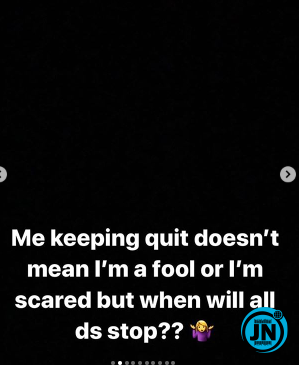 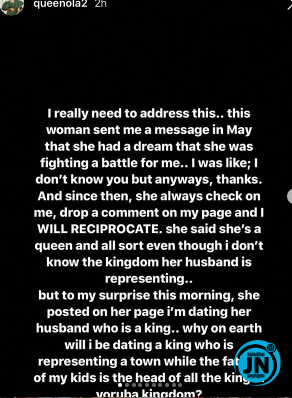