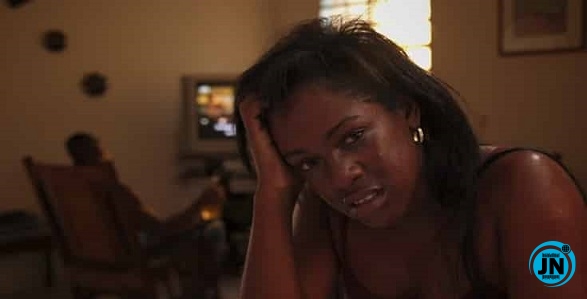 A Nigerian man has broken up with his girlfriend of five years, to propose to a lady he always claimed was just a friend.

According to the Twitter user, @girllkikekandyy who shared the heartbreaking story on Twitter, the man was in a relationship with her sister for five years and usually talked about getting married to her and even met with the family.

Kandyy further revealed that her sister’s boyfriend of five years randomly sent her a breakup text and then proposed to his “friend” less than a month later.

It was alleged that the man usually posts the woman he’s now engaged to, but never posted her sister on social media. When asked, he said he’s a private person.

“My heart breaks for my sister, Dating a guy for 5 years. He met the family and all. Even spoke about marriage several times. Randomly he sent her a text less than a month ago while still in the relationship. We woke up today and he has proposed to the girl yesterday.

“He has been posting here since before and claiming she was a friend and did a whole public proposal, but didn’t for once for 5 years post my sister on any socials and said it’s because he was private. It’s not that major but it’s really the little things.” 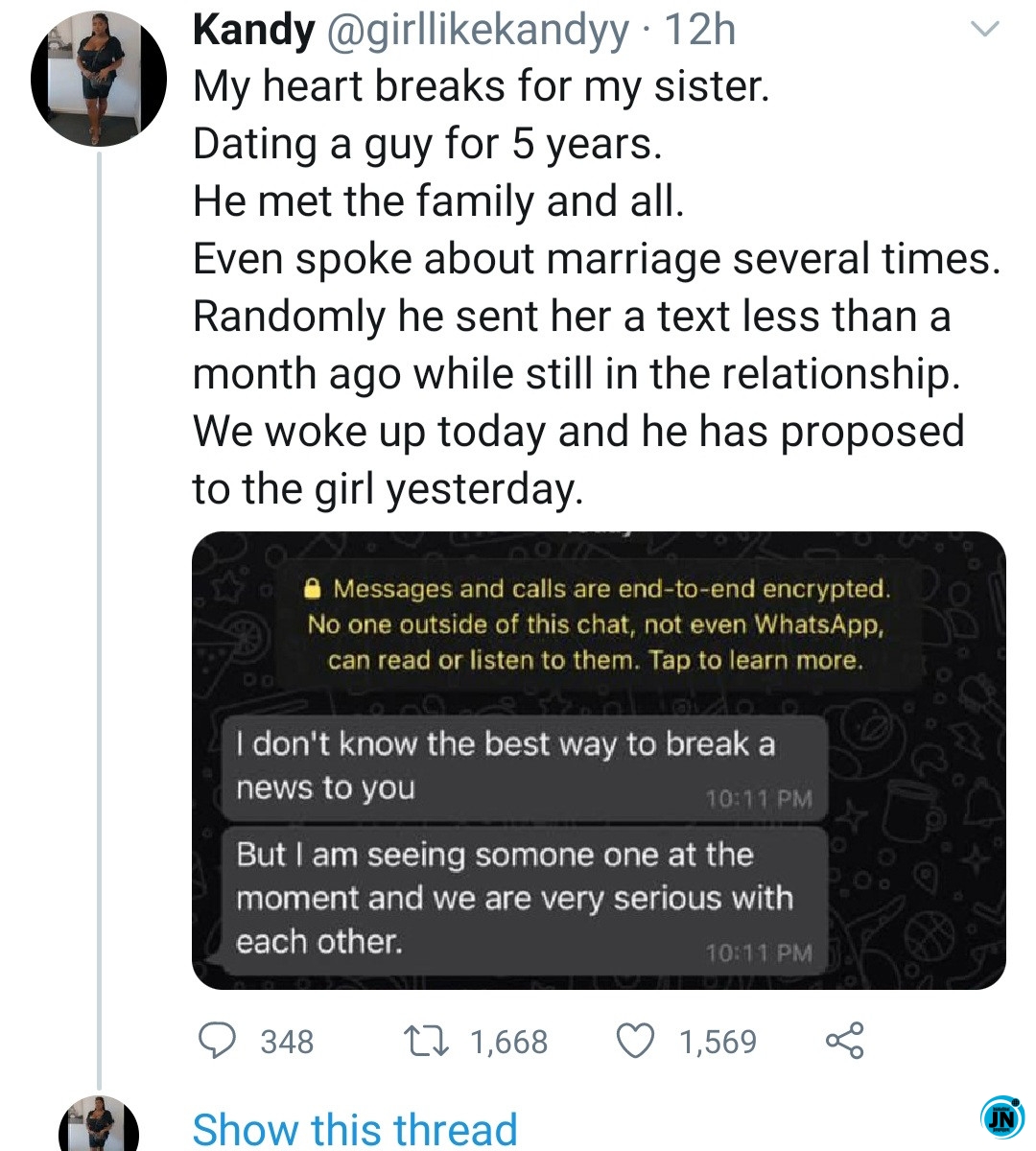 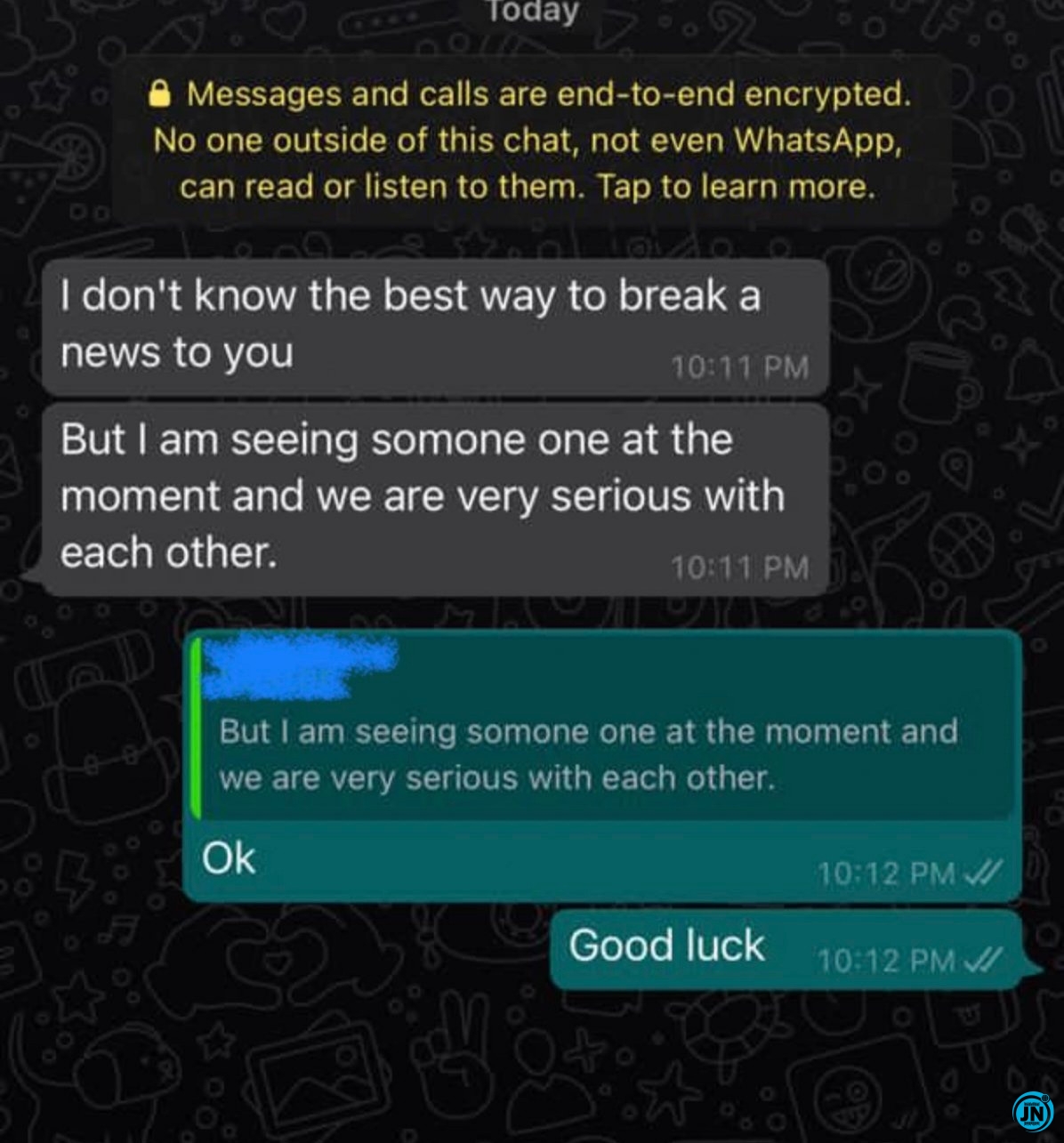 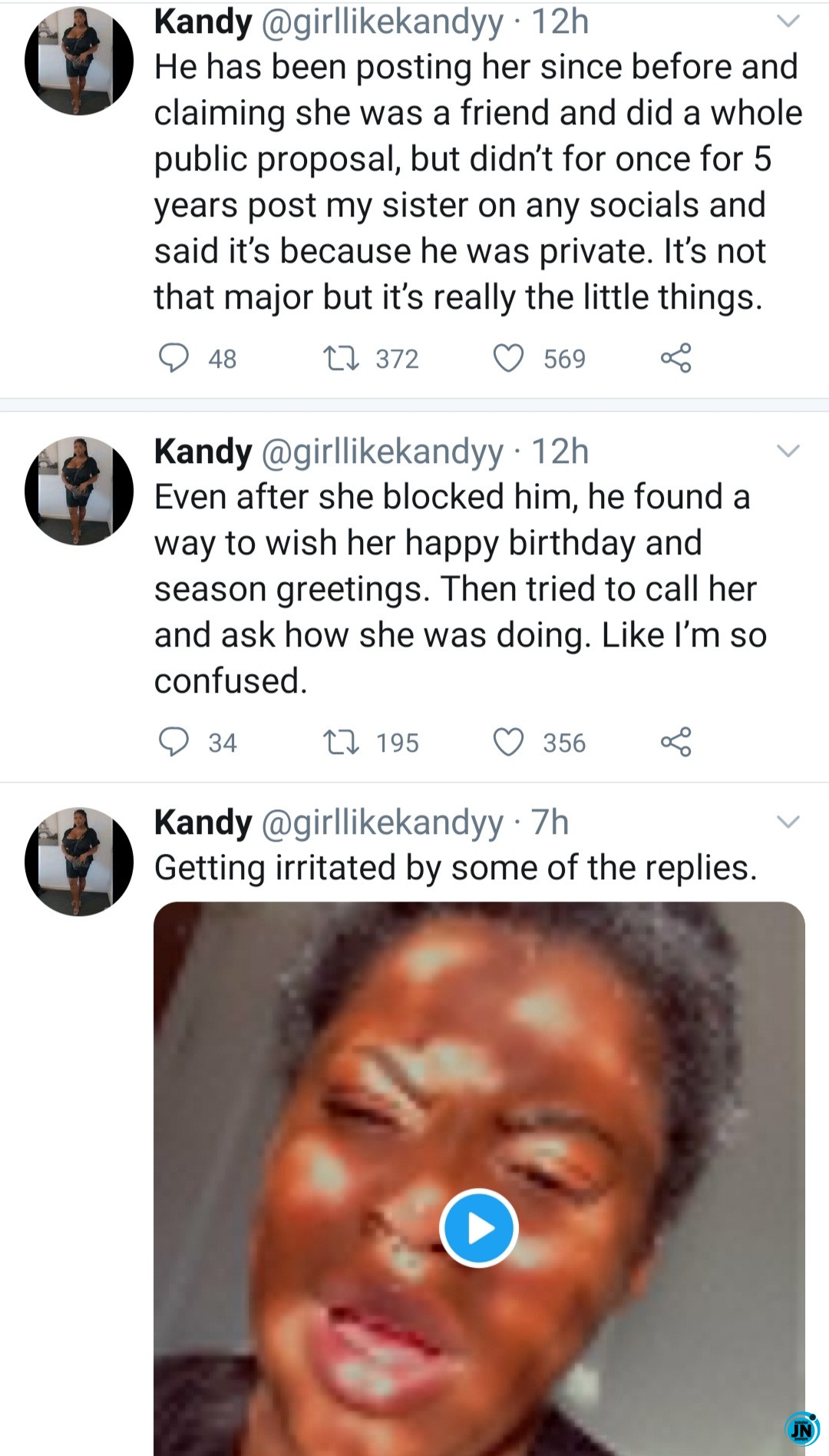 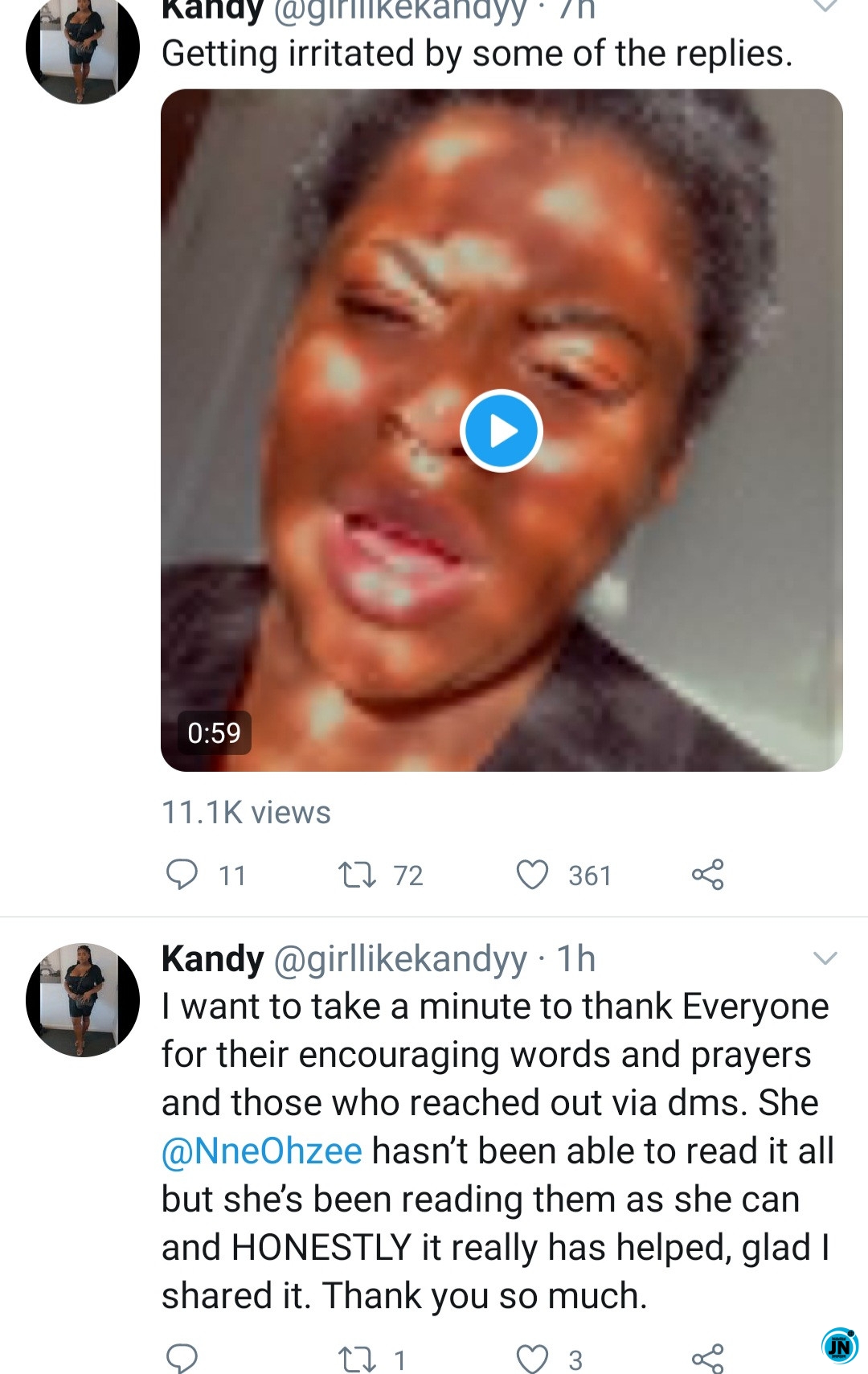