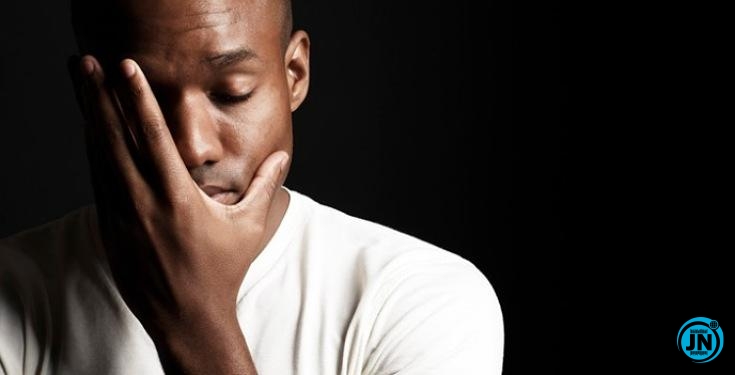 A sad story has been told of a man was who got fired by his boss because he referred to his own biological mother as an illiterate.

According to the Twitter user, Lola who shared the story on Twitter, the said boss was speaking with one of his staff on phone when the staff mentioned that he was with his mother.

The boss then asked to speak with the mother and the staff quickly chipped in that his mother is an illiterate and then asked his boss to speak to her in Yoruba.

This reportedly angered the boss who said the man is supposed to speak highly of his mother, and not make derogatory remarks about her.

He was instantly fired via email as a result of this because the boss felt that must be the way he speaks about clients too. 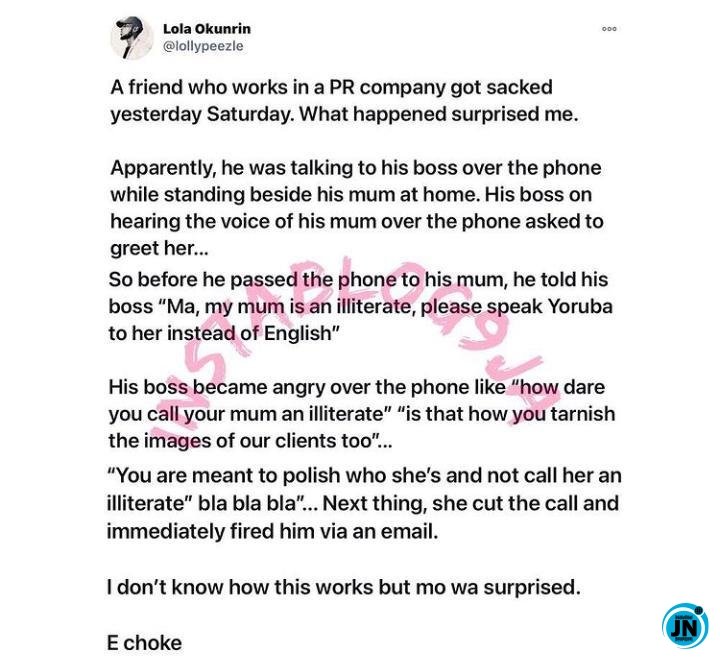 Small Boys In My DM Calling Me ‘Dear’ – Actress Stella Damasus
"You've Lost Your Respect Abi?" – Fans Tackle Destiny Etiko For Calling Genevieve By Her Name
Omashola Reacts To Seyi Not Apologizing For Calling Tacha A Prostitute
“We don’t do fairly used” – Pere lambasts critics calling his Lexus a second-hand