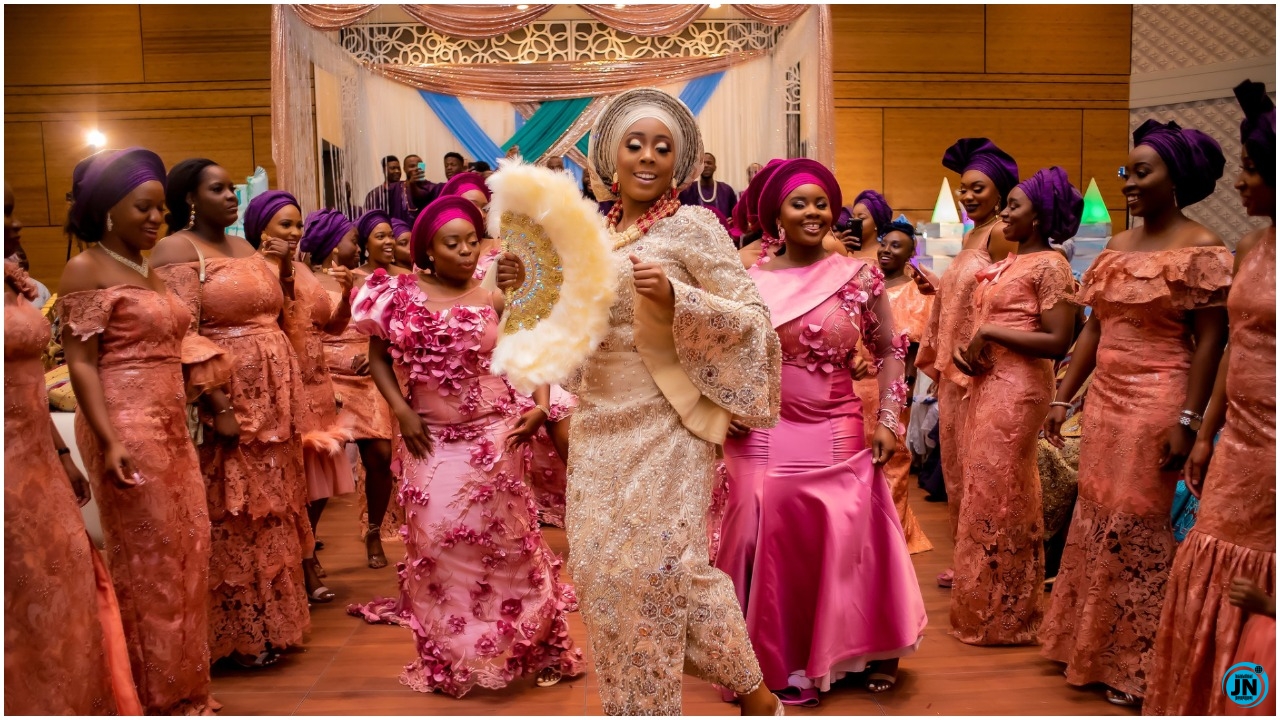 The Police command in Kano on Wednesday paraded four suspected kidnappers among whom was a 23-year-old lady, Maryam Mohammed alias Hajiya, the mastermind of the crime. Maryam was arrested last week Tuesday, along with three other members of her syndicate at Ungogo LGA, Kano state while negotiating with the family of one of their captives. She confessed that her first operation as a kidnapper started with her ex-boyfriend who refused to marry her after years of courtship.“I was introduced into kidnapping by my uncle called Hamza and the first person we kidnapped was my ex-boyfriend who refused to marry me despite my efforts to get him convinced during our years of courtship.“After he had dumped me, my uncle asked me to bring him so that we could hold him until he pays money before we could release him. When we kidnapped him, his family paid N5m to secure his freedom and out of that amount I was given N800,000 with which I rented that house at Jaba quarters,” Hajiya confessed.

“Bro wey give you belle”- Reactions as cybernauts dig out old post of Kizz Daniels’ baby mama referring to him as ‘Big Bro’
Ex BBNaija Housemate, Khafi Speaks Up On Being A Victim Of Rape
Don Jazzy Sends Condolence Message To Families Of Those Who Lost Their Lives To Coronavirus
Singer Harrysong Reveals How He Almost Committed Suicide Because Of Money