A Nigerian man named Felix has been trending on Facebook after his wife called him out on a public group chat.

His wife sent a message to the admin of a Facebook group to disgrace her husband whose name is Felix Ogiri and drives a Range Rover.

She explained that her husband, Felix claimed he travelling to Delta State but she has been seeing him around town and knows the hotel where he’s lodged with a woman.

She added that their children are at home and can’t go to school because they are owing school fees, yet he’s lodging with a woman in a hotel.

She said she shared the message in the group because her husband is a member and she wants him to see it.

She then disclosed that she’s leaving him and told him where to find his key when he returns. 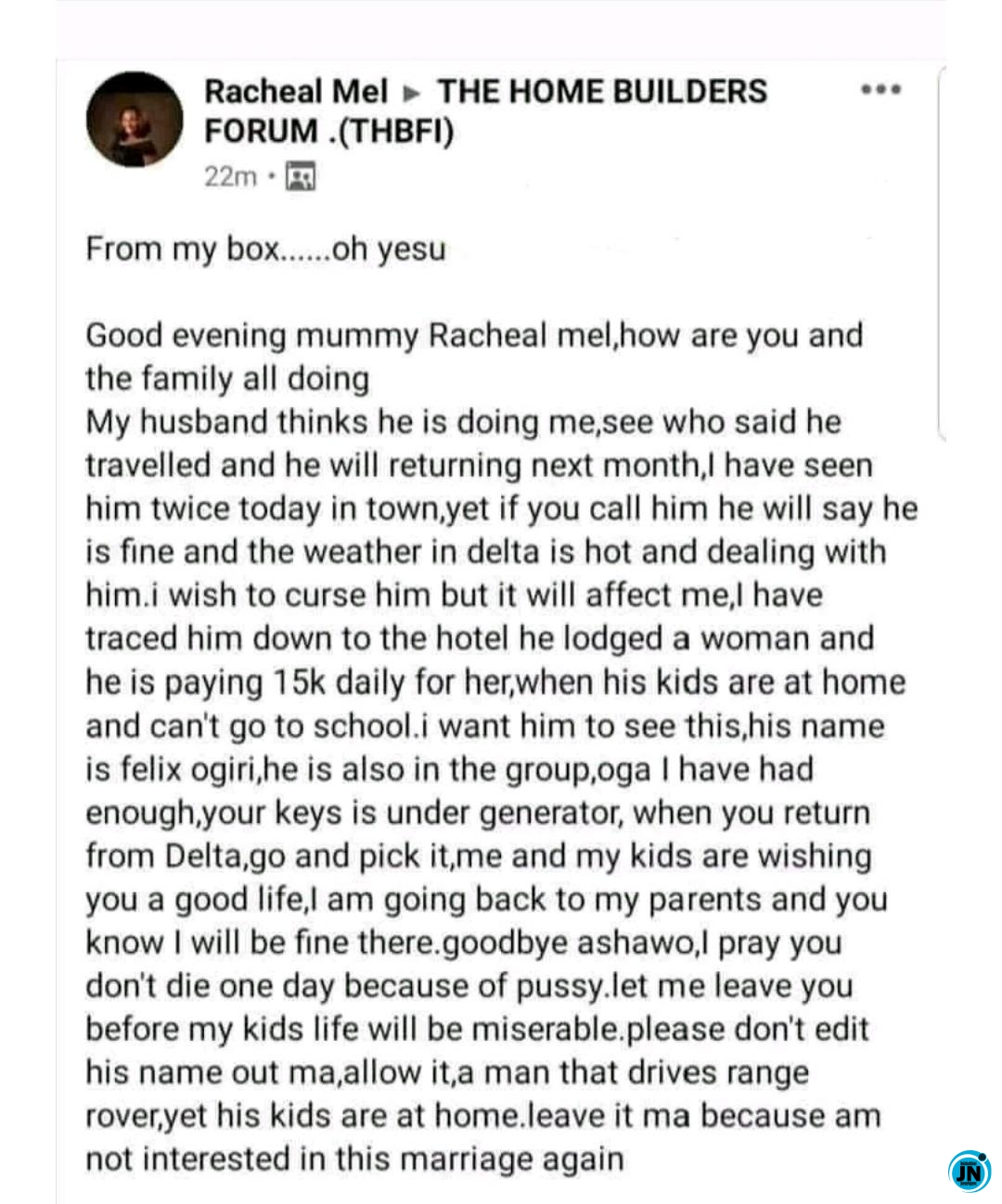