Corps member arrested for allegedly hacking a man to death after ‘hook up’.
Posted by 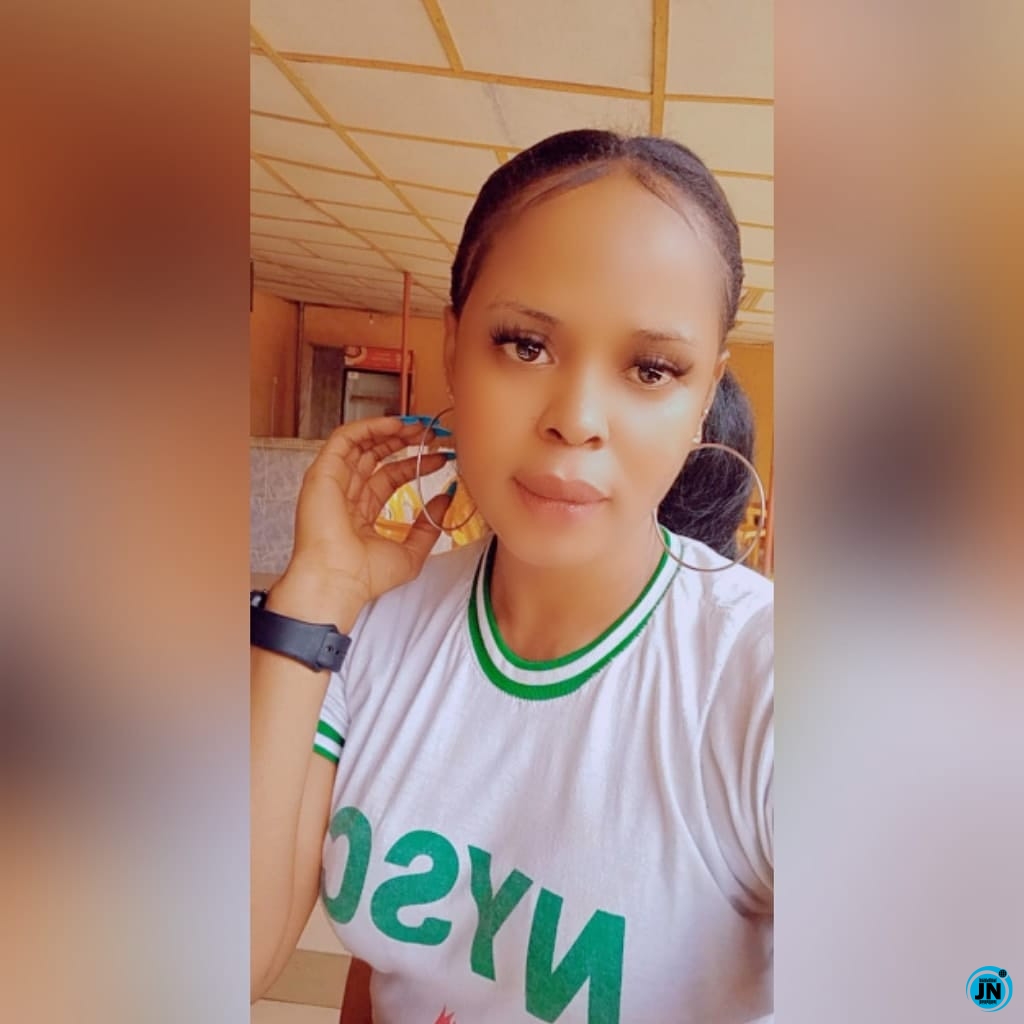 A corps member, Odume Princess Paschaline serving in Akwa Ibom was reportedly arrested for allegedly hacking a young man to death with a machete.

It was alleged that Paschaline, was nabbed with bloodstains all over her body while trying to jump out from a fence at the house where she had gone to hookup with the victim. 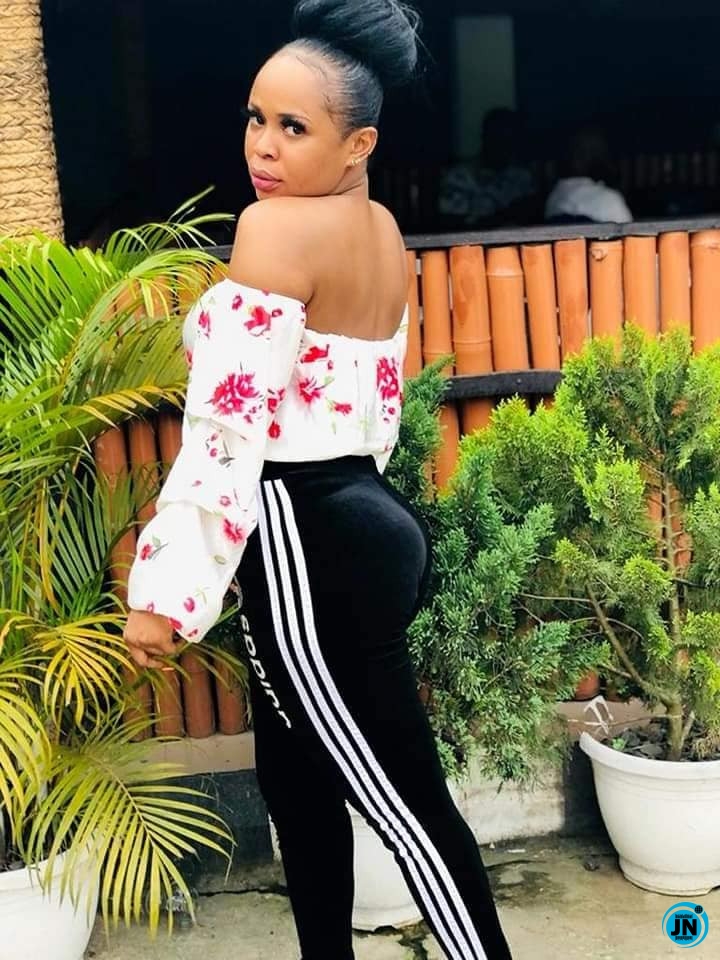 According to a Facebook user, Mr.George who shared the sad incident on the platform, Pashcaline was stripped naked and beaten to a pulp by a large crowd who were present at the scene on Sunday morning, January 10th.

The young lady was accused of using a machete to attack her victim, killing him instantly after several cuts on his stomach and face. 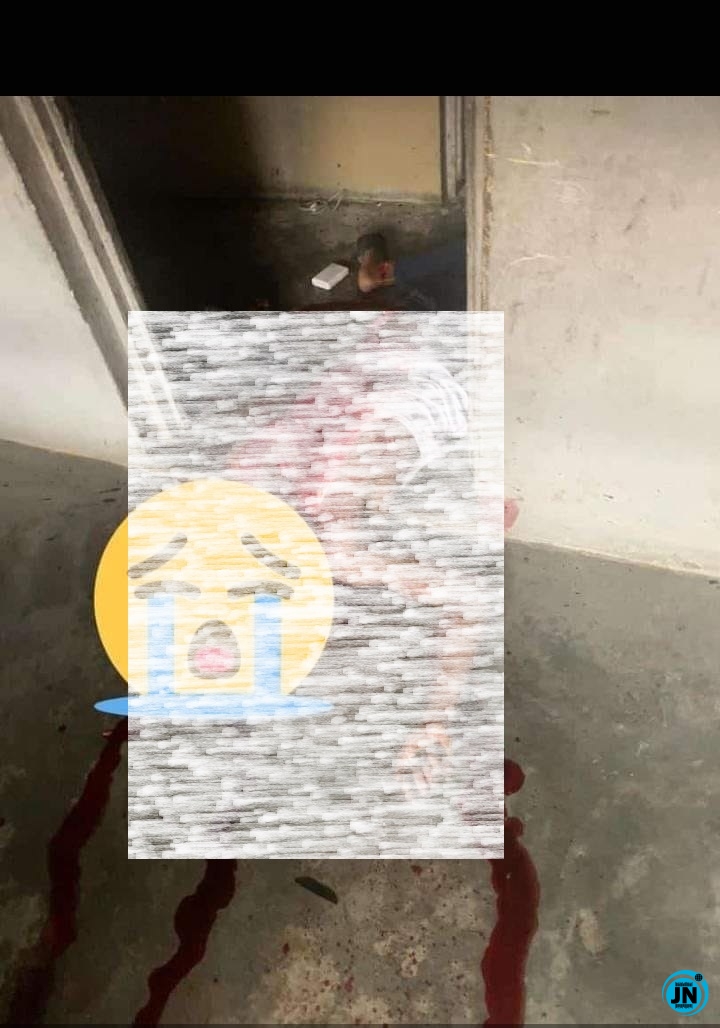 The University Of Nigeria Nsukka graduate was later taken to the Police Headquarters in Akwa Ibom. 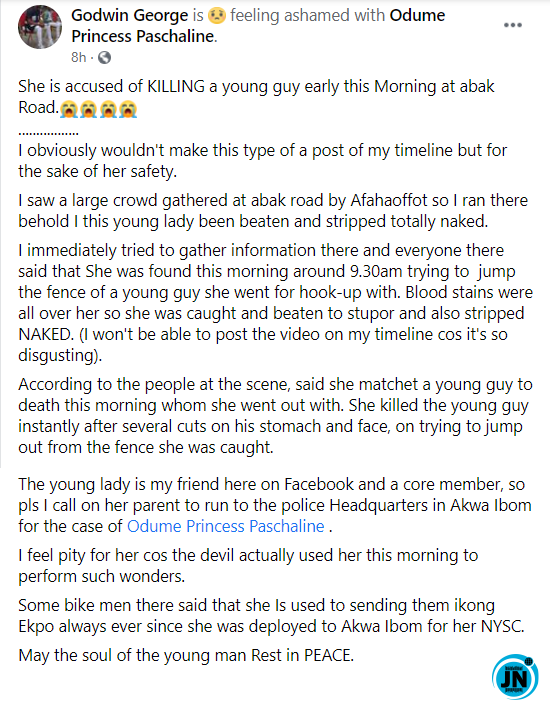