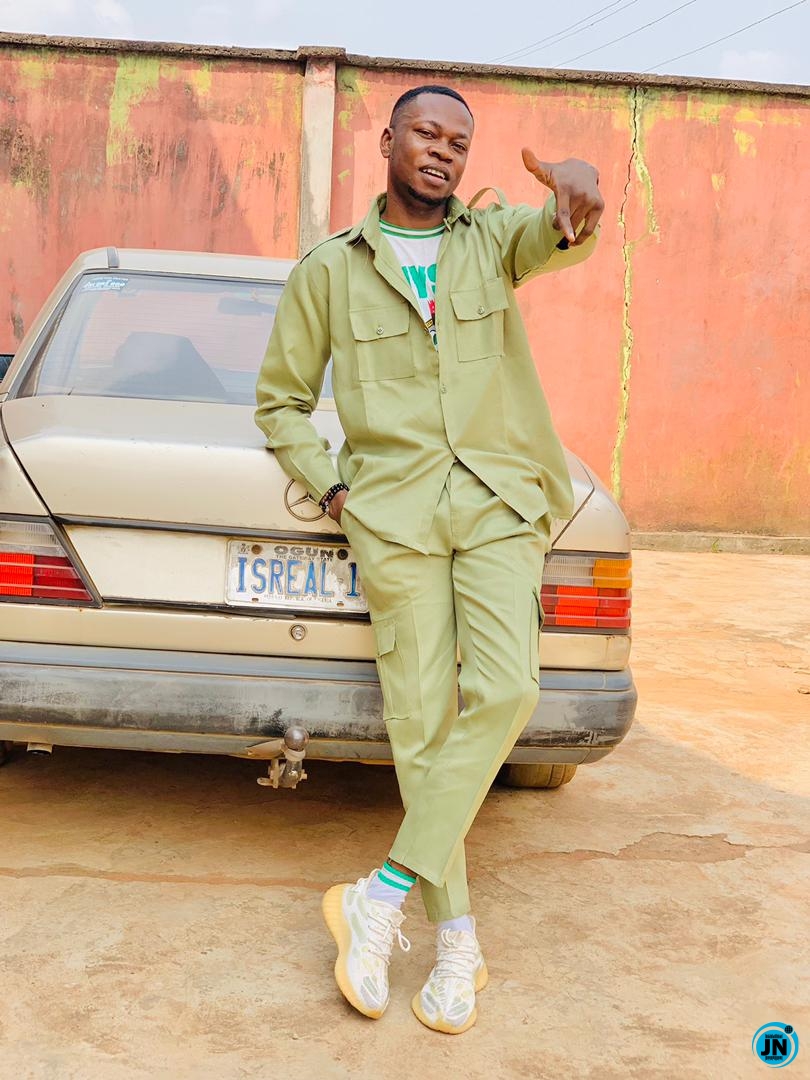 A National Youth Service Corp member triggers mixed reactions across social media space after flaunting the car he acquired with his six-months allowance.

The copper identified as Kenny Omomeji shared the pictures of his new whip on Twitter, a 1994 Mercedes Benz 200E (W124), which he claimed to have acquired with six-month savings.

“Thanks to NYSC, I just bought my first car!! I saved up my 6month allawe to get this Benz. Congratulations to me,”

he wrote while posing with his new whip. 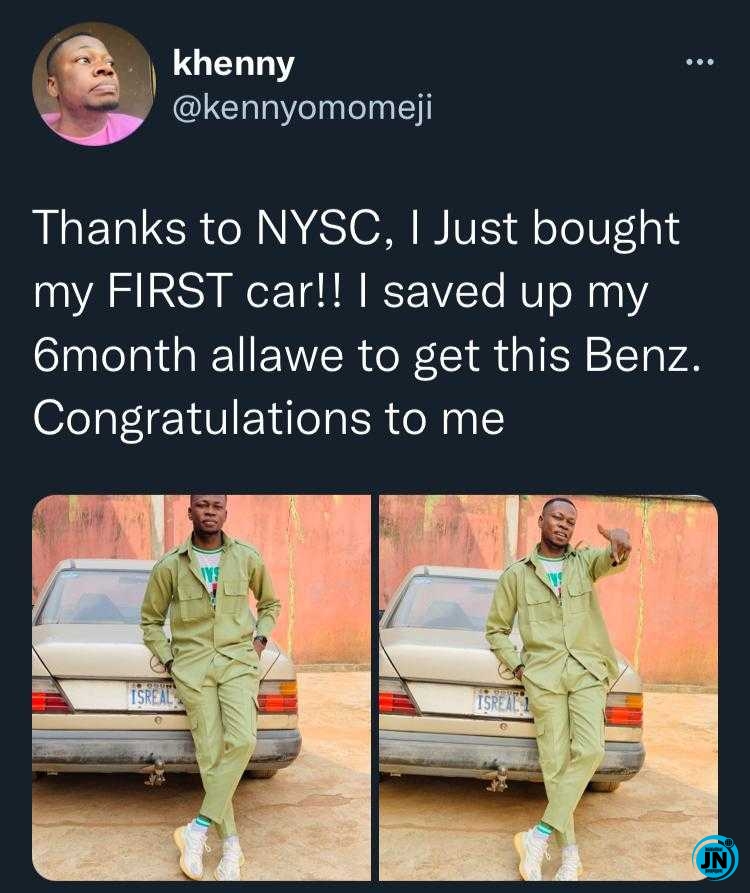 As congratulatory messages roll in for the latest car owner, advice on the cost of maintenance of the car followed. 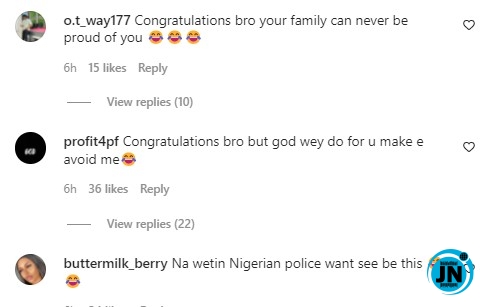 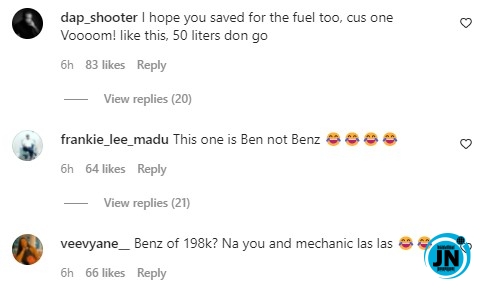 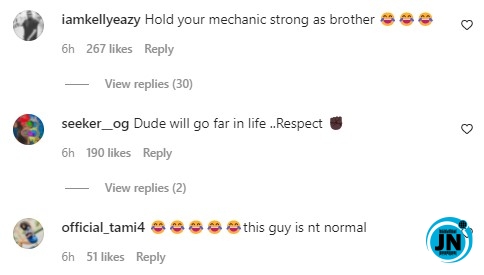