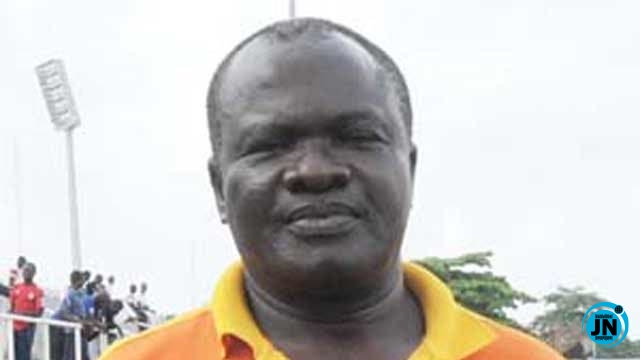 Some sports journalists in Lagos have joined other sports enthusiasts in the country to mourn Joe Erico, a former Green Eagles goalkeeper who died on Thursday after a brief illness.

Reacting to his death in an interview with the News Agency of Nigeria (NAN), they described Erico, who was also a former Super Eagles goalkeeper trainer as one who was readily available to journalists anytime.

The Chairman of the Lagos Council of the Sports Writers Association of Nigeria (SWAN), Mr. Debo Oshundun described late coach Erico, as a journalist’s delight any day, stressing that he never turned down an interview request and media invitation.

“Joe Erico, ‘Jogo Bonito’ as we fondly called him was a personal friend to me as he was to all journalists. He has different names for all. When he sees me, he either calls me ‘Gentleman’ or ‘Goodman’.

“He was so passionate about football and football development in Nigeria. Erico gave his all to football as a player, coach, and administrator. Nigeria has lost a committed patriot and devoted sportsman,” Oshundun said.

A senior sports writer, Mr. Patrick Ibe, described Erico as a unique sportsman, and coach who understood the mechanisms of press relations, who was always willing to listen to questions from journalists at short notice.

“The Jogobonito exponent, Joseph Bassey Erico was gone? so sad! This is a man that really understood the mechanisms of press operations. So humble and ever ready to talk when approached for an interview.

“Each time I approach him, the next thing you will hear is Patolonto. You are here again with your interview. OK, what is your topic today.

“He hardly says no unlike others who will be looking for excuses when approached. Erico was really a humble man,” he said.

“He was a lover of media men and you will think he was a journalist. We dined, wined, and cracked jokes together, and It is still like a mirage that ‘Jogobonito’ has passed away.

“Erico’s human relations was second to none. He was such a good fellow. He flowed with everybody, either media managers or rookies. We all have different nicknames coined by the late veteran.

“He was a big loss to all of us, the nation, the Nigeria Football Federation, and his family. Adieu a true patriot, Jogobonito,” Ogunyale said.

Mr. Mitchell Obi, a broadcast sports journalist described Erico as an outstanding sports asset who did well as a player and coach.

Obi said that the late coach made an indelible mark in sports that will not be forgotten in Nigeria, particularly as coach of  Julius Berger FC and as the goalkeeper coach of the Super Eagles.

“We are saddened by his death. Erico will surely be missed in Nigerian football.

“As a goalkeeper, you can’t fault his presence in goal. This generation did not watch him,” he said.

Joe Erico was one of the few intellectuals of the round leather game in Nigeria, says Mr. Felix Awogu, a sports journalist, with SuperSports.

“So sad we lost such a footballing Gentleman. He worked briefly with us at supersport as an analyst where he distinguished himself,” Awogu noted. (NAN)