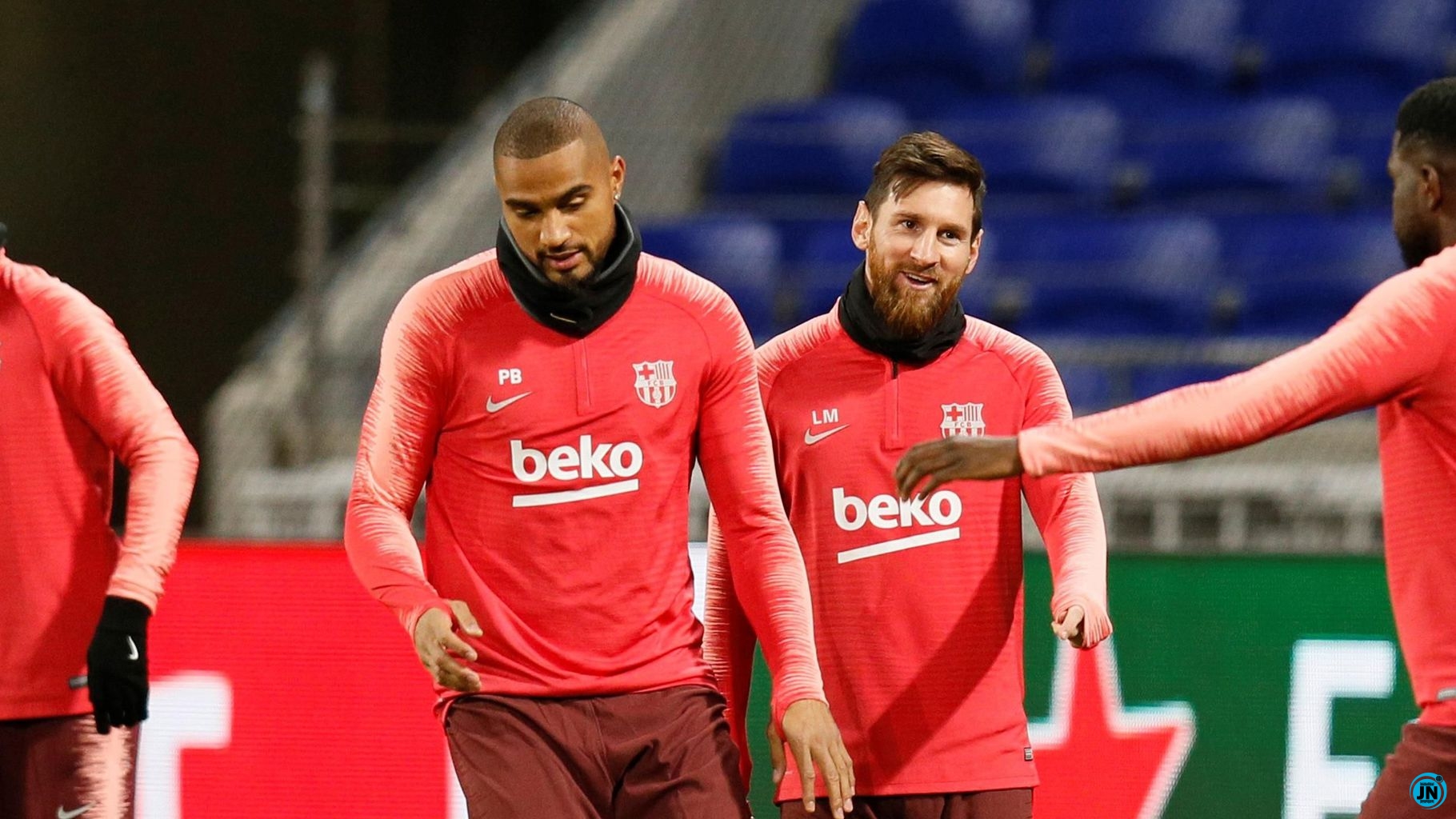 Kevin-Prince Boateng has admitted he found Lionel Messi to be so good during his time at Barcelona, that he thought about hanging up his boots entirely.

Boateng joined the La Liga club in a surprise loan move from Sassuolo in January 2019 and managed to win the title in his six-month stint despite little playing time.

The 33-year-old would subsequently move on to Fiorentina and then Besiktas before joining Serie B outfit Monza ahead of the current season.

Recalling his time at Camp Nou in the 2018/2019 season, Boateng admits that he could scarcely believe he was wanted by a club like Barca when he got word of their interest.

“The six months at Barcelona were incredible,” Boateng told DAZN.

“At first, I didn’t believe it. I thought it was Espanyol who wanted me, not the real Barcelona!

“Training with Messi left me speechless. I had always said that Cristiano Ronaldo was the best in the world, but Messi is something else. He’s not normal.

“While training with him, I felt inadequate for the first time in my career. He was doing incredible things. I felt like saying, ‘I’m done, I’m going to quit playing!'”

'Chioma B or Cadijat? – Cardi B Asks Nigerians To Pick Between The Two Native Names
#EndSARSMemorial: “A week ago I was in heaven (Canada), today I’m in hell” – Man who was arrested while granting interview to newsmen speaks (Video)
How God used me to abolish ominous deaths in N’Delta creeks — Rev Dynamic Samylo
Laycon praises blind students who performed a cover of his hit song, fierce