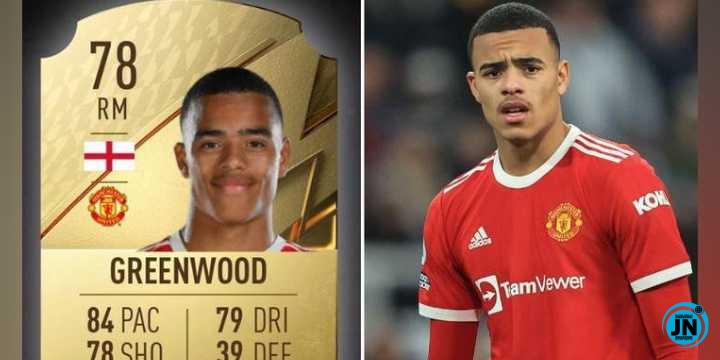 EA sports has removed Manchester United forward, Mason Greenwood from its video game console, FIFA 22: an action that poses a threat to the striker’s football career.

EA sports decision follows the arrest of the striker on suspicion of rape and assault on Sunday after his girlfriend, Harriet Robson published a graphic video, photos and an audio recording in a bid to prove the allegations against him.

According to reports, EA Sports on Tuesday during its database release update for FIFA 22 on all platforms, including PlayStation, Xbox, and PC, excluded the 20-year-old striker from all offline modes in the game with immediate effect.

Prior to now, Manchester United in an initial statement had said:

“We are aware of images and allegations circulating on social media.

We will not make any further comments until the facts have been established.

Manchester United does not condone violence of any kind.”

‘He Is A Liar’ - Chelsea Fans Blast Lampard After Speaking On Favouring Mason Mount
Chelsea Fans Would Love What Lionel Messi Once Said About Chelsea Youngster, Mason Mount
Mason Greenwood’s career under threat as EA Sports removes him from FIFA 22