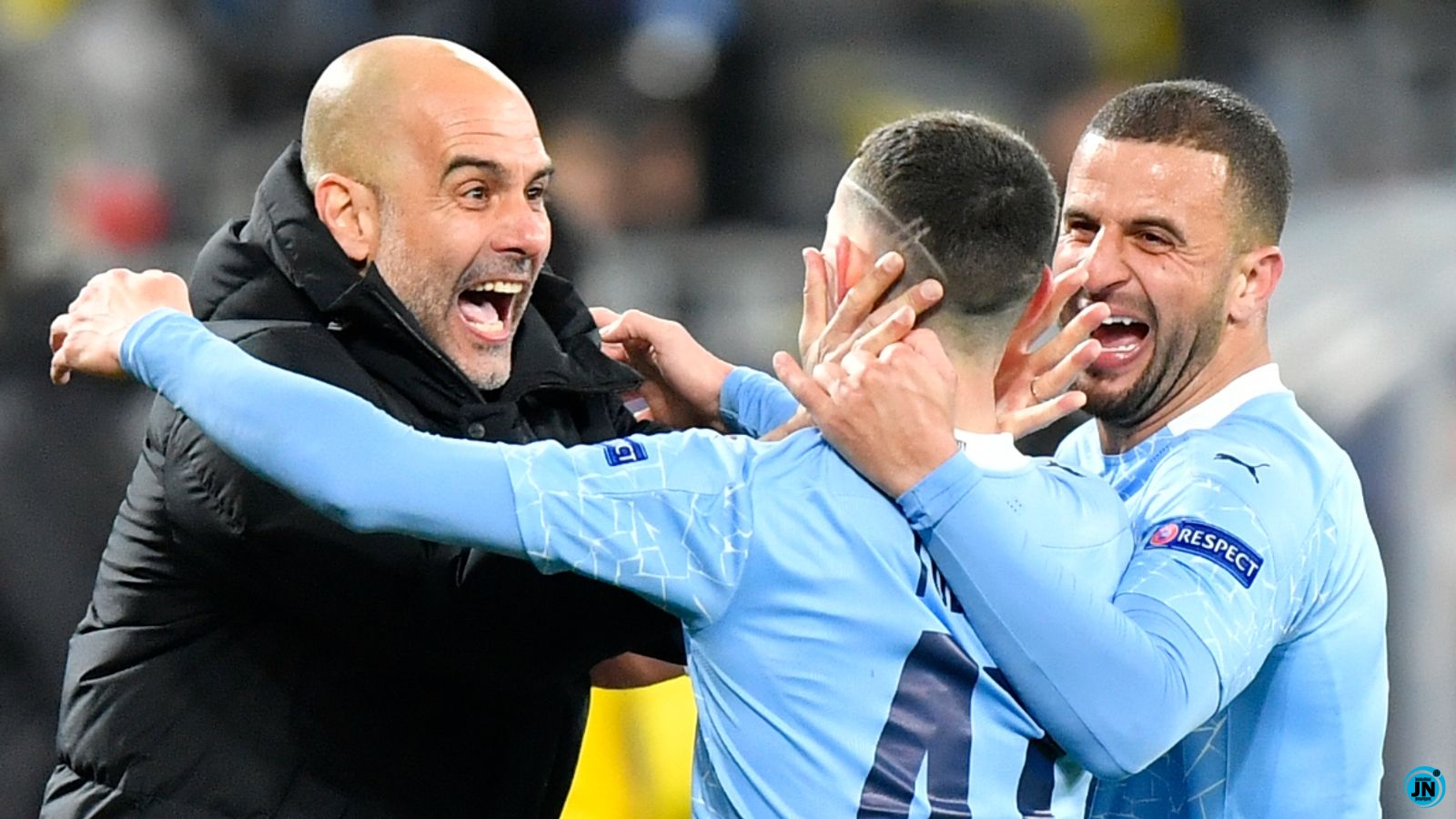 It is the ninth trophy of his five-year reign at Etihad Stadium.

The Spaniard will now prepare City for their Champions League semi-final showdown against Paris Saint-Germain. But he has warned that they will have to be at their best as a collective to progress without a clear difference-maker.

Guardiola says PSG has two players capable of winning games on their own in Neymar and Mbappe, with City also deemed to be lacking such a superstar performer.

“We maybe don’t have a single player who is capable to win a game all on his own like Messi, Ronaldo, Mbappé, or Neymar,” the City boss told Canal Plus.

“But the average level of my players is so high that no replacement throws the team off balance.”