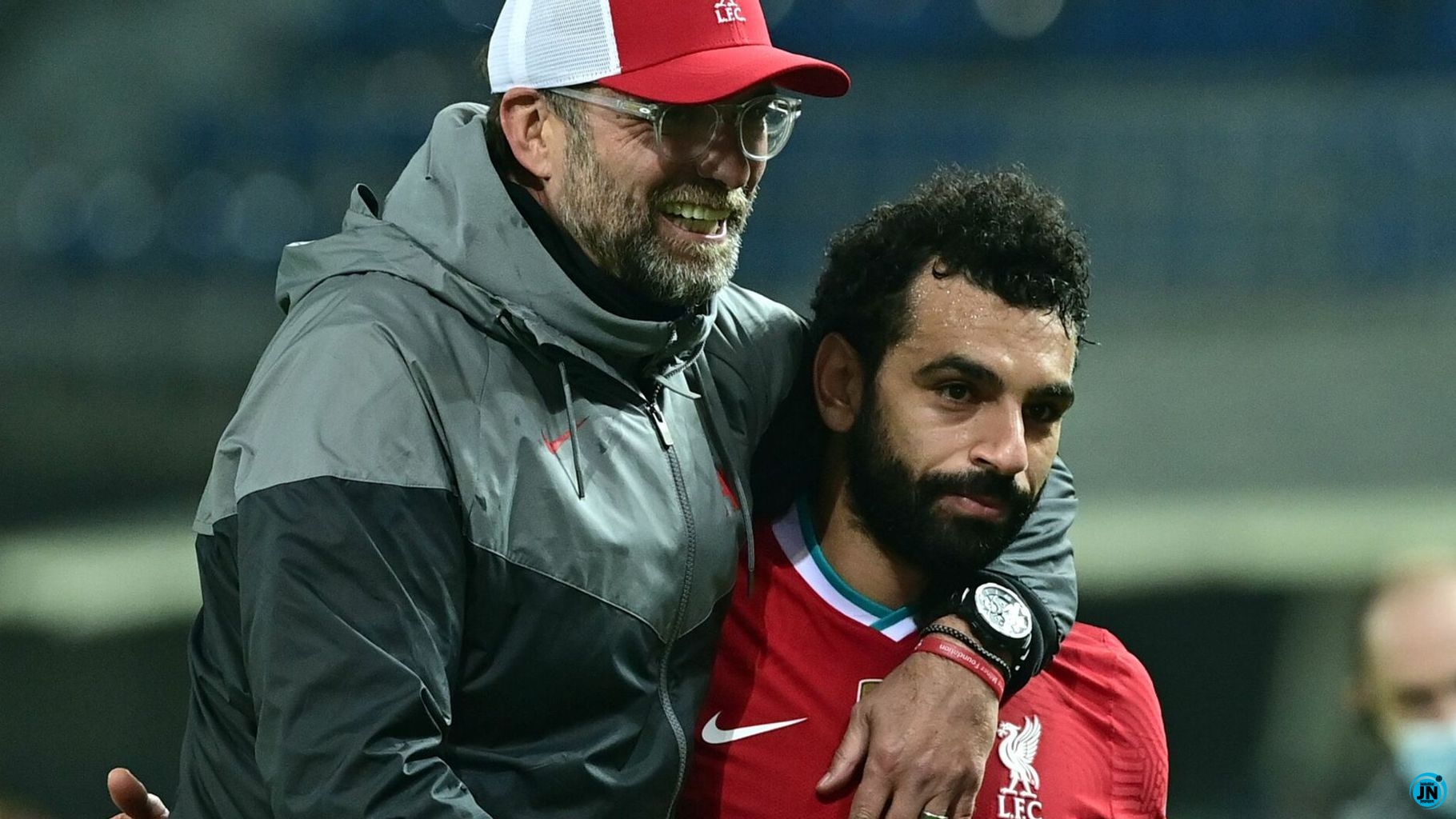 Liverpool manager, Jurgen Klopp, has rejected speculations that Mohamed Salah could leave the club, after the forward refused to rule out a move to Barcelona or Real Madrid.

In an interview with AS, Salah said his future was “in the club’s hands”.

But Klopp has now insisted the Egyptian is in good spirits at Anfield.

“We never speak [about contracts].

“Mo is in a good mood and moment, shape and that is the most important. You would have seen him laughing a lot [today].

“The rest is nice for you to write but internally, nothing really [to say],” Klopp told a news conference ahead of Liverpool’s Premier League clash against West Bromwich Albion on Sunday.

Salah came off the bench to contribute two goals and an assist in Liverpool’s 7-0 victory at Crystal Palace on Saturday.

Solskjaer reveals how Chelsea tried to influence referees before 0-0 draw
Bobrisky Threatens To Give Out Tonto Dikeh’s Phone Number For Just N3 Million (Watch Video)
BBNaija: The Emotional Moment Lucy Met Ka3na For The First Time After Her Eviction (Video)
“Your papa!” – Davido blasts troll who mocked him for “making noise” after buying his Lamborghini