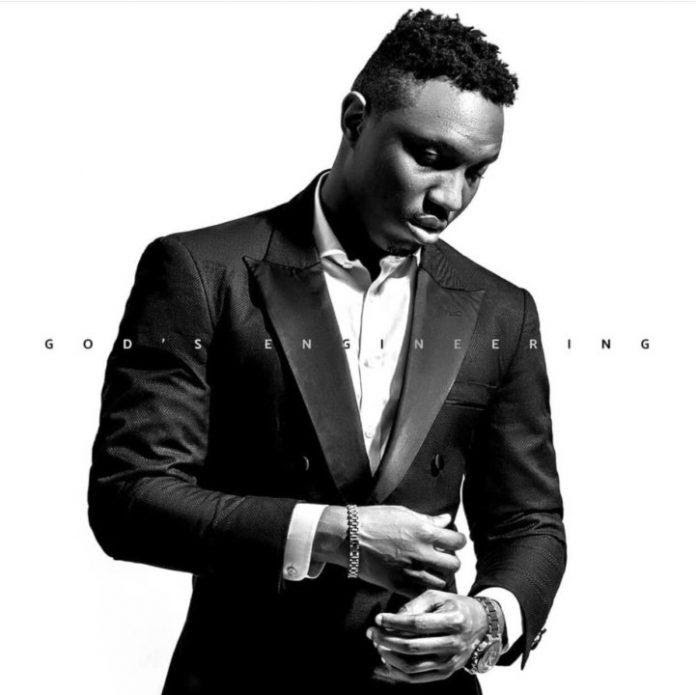 On March 20, 2020, A-Q dropped God’s Engineering which according to him is his last album. The album is a follow up to his past projects Crown, a joint album with Loose Kaynon, Blessed Forever in 2017, Rose in 2016, among others. He talks about different things in the album, ranging from personal problems to relationships. He doesn’t leave any stones unturned. He releases this project on the back of his Lyricist on the Roll award at the Headies for his song with Loose Kaynon that features Ghost and Tec of Show Dem Camp. The project features MI Abaga, Oxlade, Tomi Thomas. It was produced by regular partner in crime Beats by Jay, alongside Oluma and Amos Kantiok. It is primarily a Hip-Hop album with elements of Afro-pop, RnB and reggae.

On Intro-vert, AQ does not even wait for us to listen to the album before he shows us, he can play on words. This song is the intro of the album and he talks about being an introvert on the song, he blends the two words into Intro-vert, cleverly putting a hyphen in-between. He calls out MI on the song telling him that he does not want all the fame that comes with the rap business, “Somebody please tell MI, I don’t wanna tweet more, I don’t want OAP’s as friends, I don’t wanna jump on popular trends”. We all know AQ as this rapper that isn’t everywhere, he is just indoors simply doing his own thing and giving us music but it appears MI is trying to change that. This was produced by his accomplice in murdering tracks, Beats by Jay. There is nothing wrong about A-Qs lyrical dexterity on this song but he contradicts himself when he says he doesn’t “wanna jump on popular trends”. His previously released songs like Agu ji ndi men and G boys were released to follow up on industry trends so here he is not being honest.

AQ sings his praise on Eggrolls, “but I rock from the rock of ages”. He says that to an extent he didn’t expect his blowup, “my senses couldn’t have sensed it, not photogenic I was not for the lenses, my type of drive was not for the benzes”. He talks about growing up in an average family, “a lot of em born with silver spoons, we ate with hands like we didn’t have spoons”, “I remember when we couldn’t buy eggrolls. He is one known for rapping about his hard upbringing

Nepa, produced by Beats by Jay, seems like another song complaining about the power issue in Nigeria but the message it carries is actually very heavy and deep. He talks about how many rapper’s in the industry feel threatened because of his newfound fame, “my reign just started and your lights went off”. It is a common scenario in Nigeria for BEDC, which replaced NEPA to seize power(light) when there is rain. Although the “rain” he refers to here is actually “reign” and he uses “Nepa don take light” to signify how his small success in the industry has made other rappers quiet, “I know these Twitter rappers on Instagram and the clout chasing got you missing now”, “I run circles round your team, I’m the best eye sockets ever seen”. He smokes Vector on this joint, “who’s the best of the 2,3,4 why you acting like you don’t know”, referring to Vector’s Judah’s The Rat diss track to MI, where he said, “I’m the only number 1 from the 2, 3, 4”. Hip-hop fans might recall that last year he got in the middle of the rap beef between the two icons. He goes ahead to brag about his newly acquired Lyricist on the Roll award at the Headies.

You must Feel Am featuring Headies nominated Rookie of the Year, Oxlade is probably the most gentle song on the album. It is not met with as much blood, sweat, fire and tears as the other tracks on the album. They both boast about being the “baddest on the streets” and any song that they drop “they must to feel am o”.

A-Q goes ahead to tell us all his Mama Said, “Mama always said be the best and nothing else”. He remembers all his mother said to him and he states them, explaining them, “Mama Said, don’t do drugs Chinedu listen, pulling up my ears in the kitchen, Mama I feel you, I swear this new rappers keep taking the wrong prescription and overdose on wisdom”.

A-Q raps about different things on the Oluma produced It’s Complicated, saying that these situations are complicated. He goes ahead to throw shots at the School system, claiming he achieved feats without using his certificate, “I never used my school degree, four years of no use to me, I took a business class on an Airplane, graduated on first-class, certificate on my passport, B.SC in hustle, that means I took the part of no crash course”.

Men Slept Jesus Wept is a story of his activities in the industry since he became friends with MI. He talks about the critically acclaimed L.A.M.B Martell Cypher, how it was all his idea, how it was supposed to be a cypher for Monster Energy drink and how rappers like Vector tried to replicate the greatness on the Hennessy Cypher. He seems to not have forgiven Vector as he delivers lyrical bullets to Vector again when he said: “Till that bitch had the guts to say that he put me on”. This is another reference to Vector’s Judah’s The Rat diss to MI where he said, he said he paved the way for A-Q, “ Who are the rappers that I put on, many more plus two out of your three, and I didn’t sign anything I did it all for free”. A-Q replied him on Distraction 2, but from the look of things it seems he is not satisfied, he hasn’t forgiven Vector and he comes wanting blood. He goes further to talk about Crown, a song he did with Loose Kaynon, featuring Tec and Ghost of Show Dem Camp. He talks about the who had ‘the best verse convo’ on the song, which was a big question when the rappers got nominated for their verses in the song in the Lyricist on the Roll category at the last Headies, A-Q eventually got the Crown. He uses this to brag saying “slap rappers in my sleep”, “you rappers are obsolete”, “I don’t care if you are in my crew too, I just cruised Loose”, referring to Loose Kaynon. Personally, I see no reason for all this bragging, A-Q is simply basking in the euphoria of his recent wins. To tell the truth, A-Q is not more successful than all these rappers he just claimed to be better than, he doesn’t have a hit song neither does he have a hit album, all his albums were average in terms of commerciality. Show Dem Camp has a few hit songs to their name, namely Happy Weekend, Popping yet you don’t see them with all the bragging. A-Q is simply doing what rappers do best, empty bragging.

He enlists M.I on A Class Act, this is the second joint they’ve released together this year, the first being MI’s The Trinity, where A-Q was featured. M.I doesn’t fail to impress, A-Q starts slowly but gets his groove back. The track is without a chorus they just flow verse after verse. They both rap about their importance in the rap industry. A-Q pens a warning to fans “never call me no celebrity, I’m a hustler with integrity”. Is he trying to say celebrities don’t have integrity? He might be trying to say that though, which quickly draws to mind the fact that he is simply bitter for never getting that “celeb” status. It is a known fact that all celebrities are hustlers. He might also be trying to refer to the term ‘celebrity’ as superfluous or perhaps worldly.

In No Pension, A-Q talks about the highs and lows of the Nigerian Music Industry, “the shorter the songs, the longer the streams”. He says the “whole concept is controlled” and that makes it difficult for the artists. He says this industry isn’t worth his glory and the Lord should take the passion he has for rap from him. He says a prayer for the upcoming artists that have to go through this shape-shifting synchro system, “I pray you’ll be Wiz and David, I pray you make it big beyond every playlist”, “I pray you’re Burna Boy internationally known”. He once again affirms that this is his last album, “there’s nothing left for me here, the game brought me sorrow, beef and despair”. A-Q exorcises his demons on this, it makes it something he has to do before he bows out of the industry gracefully. On this track, he spits raw facts. The reason for the title, No Pension becomes very clear, he means that after all the sold-out albums, the years on stage and everything there is No Pension and at the end, you end up being forgotten so why go through all the obstacles and problems that come with it.

Loyalty vs Honesty is probably the best way to end the album. He preaches about the importance of honesty and loyalty, “loyalty is earned like your net income so loyalty is really where your cheques are from”. He raps for a short period and another voice is heard on the instrumental giving a lecture on ‘What is Loyalty’. The song is short, barely longer than two minutes thirty seconds so maybe according to what he said in No Pension, it might garner the most streams, “the shorter the songs, the longer the streams”.

Regina Daniel’s Reacts After Her Co-wife, Laila Flaunted Their Photos On Instagram (Here's What She Said)

Toke Makinwa Issues A Warning To Instagram Marketers, Vows To Sue Them Soon (See Why)

Erigga Share His Ordeal With A Fraudster, Whom Asked Him To Pay #15,000 To Secure A Job