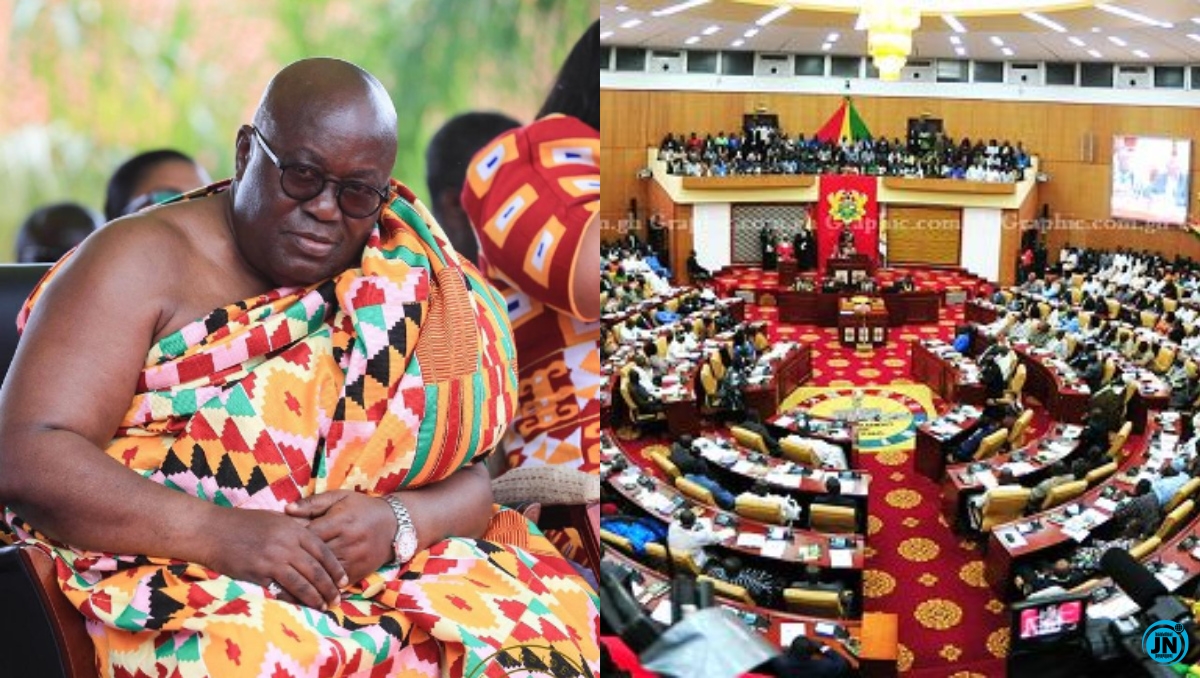 The former member of Parliament(MP) for Nadowli Kaleo Constituency and second Deputy Speaker of the 7th Parliament, Alban Sumana Kingsford Bagbin has been elected speaker for the 8th  Parliament for the Fourth Republic of Ghana.

The has been a lot of Chaos in Parliament during the Ongoing Election, from snatching of the Ballot Boxes, punches and armed Police and Military Officers invading the Premises.

The voting Process started exactly on 12am on the 7th of January through to 6:00am. According to the final results, the side of the House of the National Democratic Congress (NDC) beat the New Patriotic Party with three votes to put Mr. Bagbin in a comfortable position ahead of the Immediate past speaker of Parliament Prof. Aaron Mike Quaye, who was renominated by the Npp caucus.

Lady involved in singer Timaya’s alleged hit-and-run finally speaks, seeks justice (video)
“Dumb Sh*t”- Bobrisky Shades Tonto Dikeh as he finally reveals why she unfollowed him
Wizkid finally addresses those saying he doesn’t have a good relationship with his kids
My fight with Uche Maduagwu was a publicity stunt; Uche was well paid for it – Jim Iyke finally reveals [Video]

Esther 6:13, And Haman told Zeresh his wife and all his friends everything that had befallen him. Then said his wise men and Zeresh his wife unto him, If Mordecai be of the seed of the Jews, before whom thou has begun to fall, thou shalt not prevail against him, but shalt surely fall before him.
If the election truly rigged against former President Mahama and NDC as speculated then the God of heaven has started his judgement and npp will definitely fall in the supreme court like how Haman suffered.