A video has gone has viral which captured the moment President Buhari laughed while Governor Babajide Sanwo-Olu presented the demands of #EndSARS protesters to him. 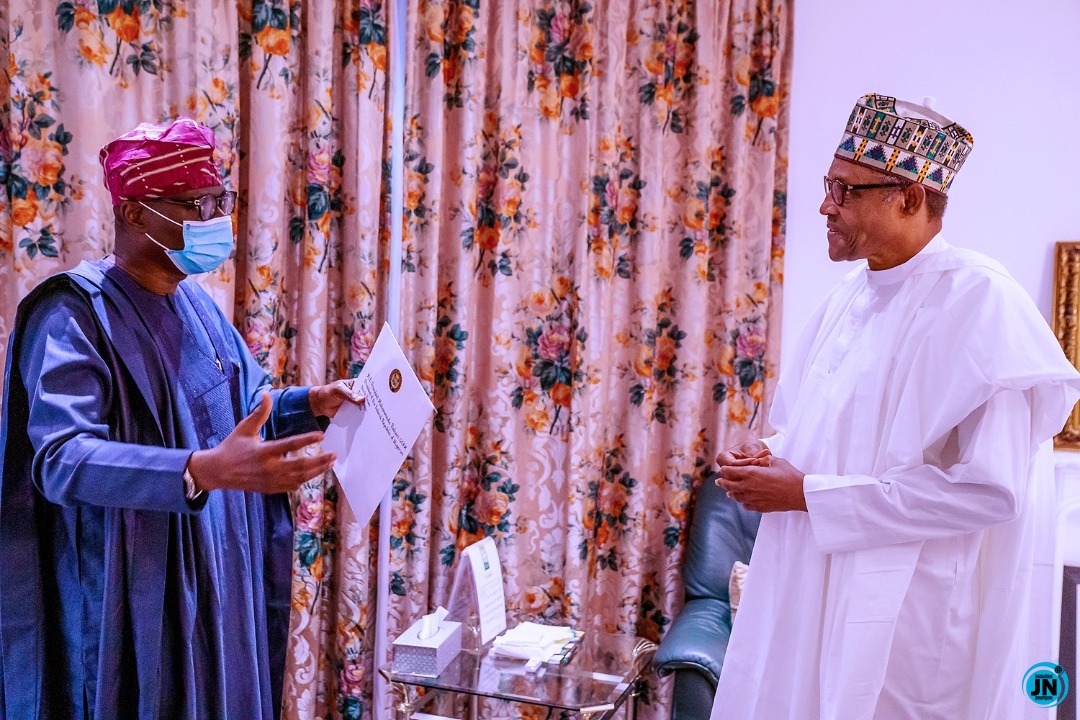 The Lagos state governor met with the president in Aso Rock Villa on Tuesday, October 13.

He shared photos from the meeting on the micro-blogging platform, Twitter, and relayed the President’s remark about the protesters 5-for-5 demand. 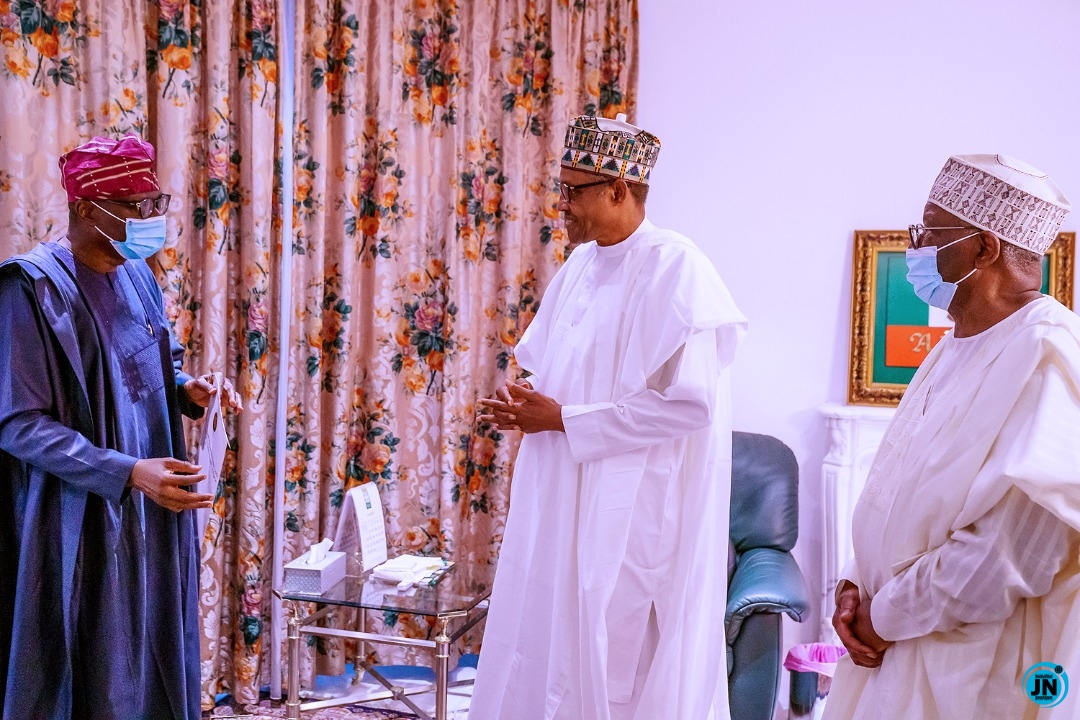 According to him, the president restated his commitment to embark on a total reform of the entire Police Force with immediate effect. He also approved a panel to oversee all cases of abuse and intimidation by the SARS officers.

“I met with His Excellency, President Muhammadu Buhari after my meeting with the IGP, to present the demands of the Lagos #SARSMUSTEND protesters.

The President restated his commitment to embark on a total reform of the entire Police Force with immediate effect.

Earlier today, the President approved a panel made up of Civil Society leaders to look at all the cases of abuse and intimidation by the police, with a view to finding a lasting solution to it.

The benefits of this genuine and powerful movement by the youths will be fully realized, their voices have been heard loud and clear, and I will continue to work with them to defend the rights of all Lagosians as I have continuously promised to.”

Here’s how some Nigerians are reacting below, 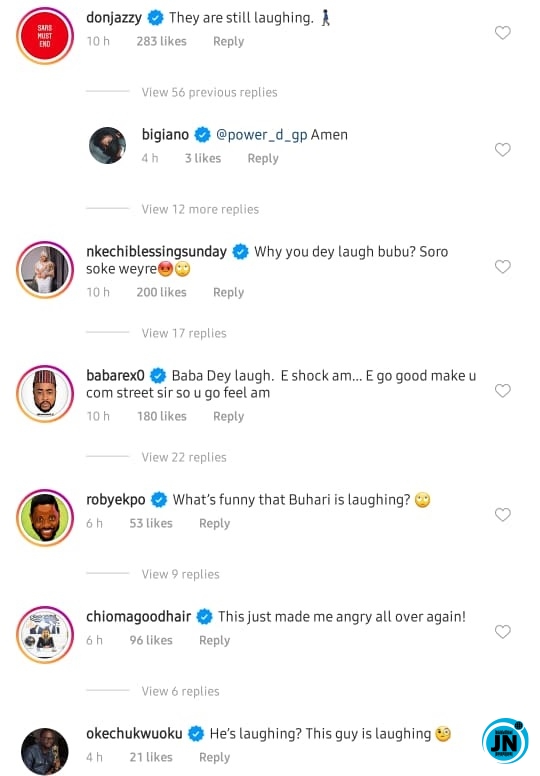 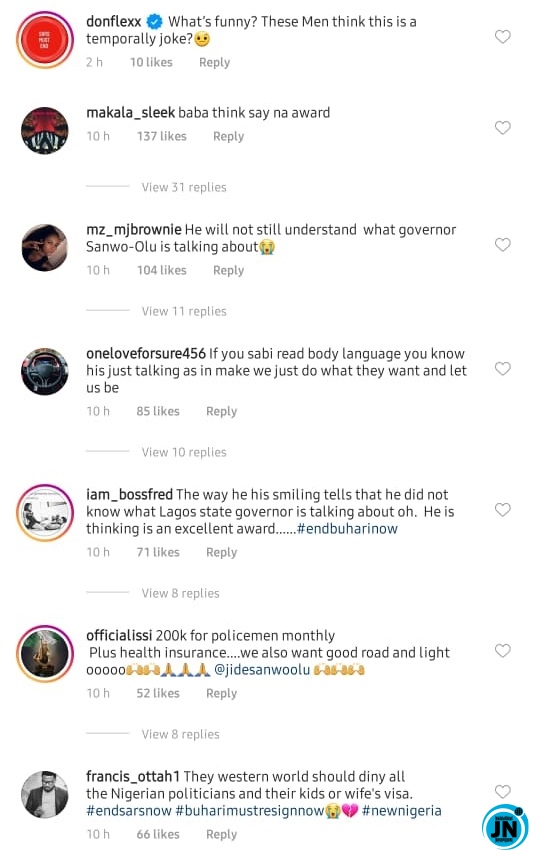 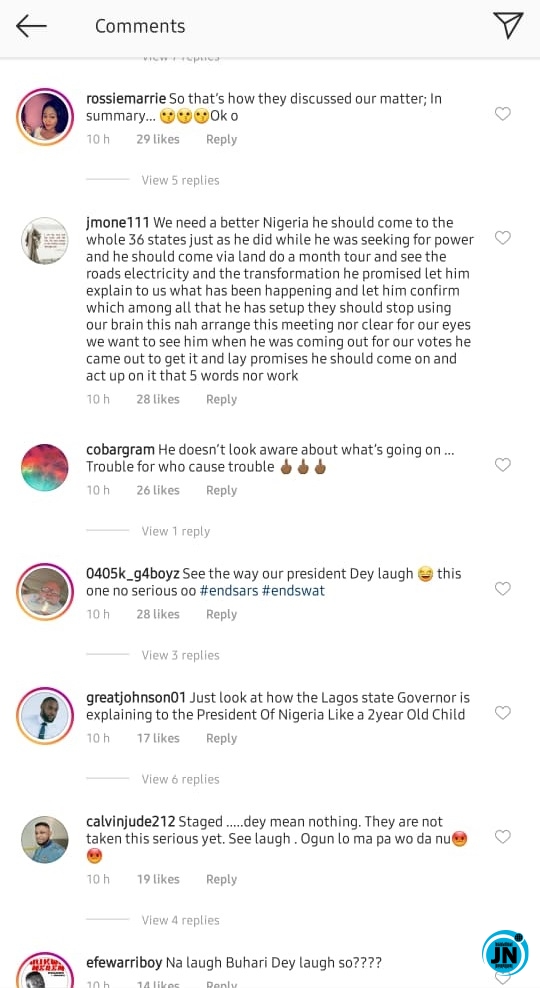