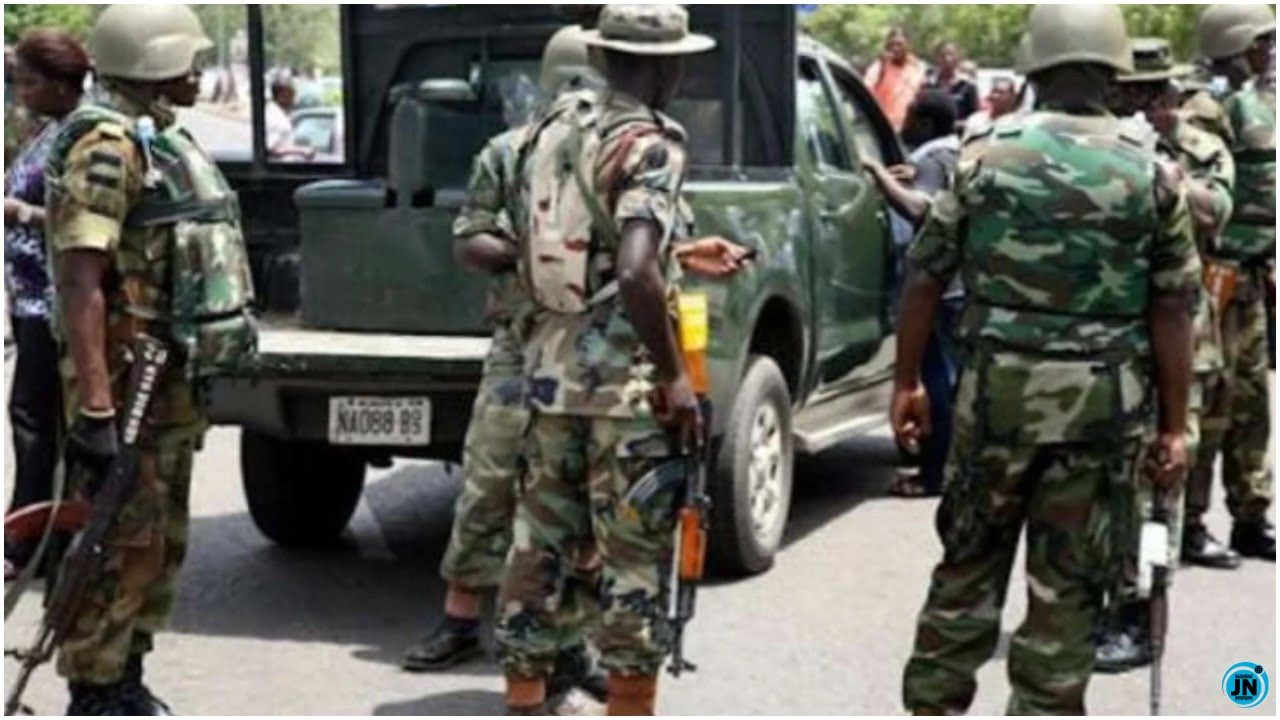 Following the heat of the ongoing nationwide protests calling for the end of the Special Anti-Robbery Squad, SARS and police brutality, Soldiers have taken over streets and strategic locations in the Federal Capital Territory, FCT, Abuja.

Reports has it that, soldiers are now positioned at every strategic point in the FCT as the End SARS protests persist.

The Nigerian Army had at the weekend announced that its annual exercise, Operation Crocodile Smile would commence nationwide on October 20, 2020

However the  Army, in a statement titled, ‘Exercise crocodile smile VI has nothing to do with #EndSARS protests whatsoever’ said the operation was not targeted at the protesters.

#EndSARS protesters, the Alliance for Survival of COVID-19 and Beyond, human rights groups and lawyers on Sunday warned the Federal Government against deploying troops to stop Nigerians campaigning for police reforms.

They warned the President, Major General Muhammadu Buhari (retd.), that such an action would backfire.

Actress Uche Jombo, Reacts To The Signing Of Odion Ighalo By Manchester United
Video: See How Armed Robbers abadoned one of their colleague after hijacking a car on the road
#BBNAIJA2020: ‘Losing Me Will Be Your Worst Mistake’ – Ozo Tells Dorathy
Actress Tonto Dikeh Has An Advice For Those Buying Flashy Things Without Investments

Let the COW buhari release the troops and then he calls for war because the heart and mind of the Nigerian youth out for #endsarsbrutality will never resist his troops will loose their life and their children will also go #fact. I stand for #endsarspolicebrutality #saynotobadgovernment

Moment lady proposed to boyfriend at his workplace

Nathaniel Bassey – I Love You