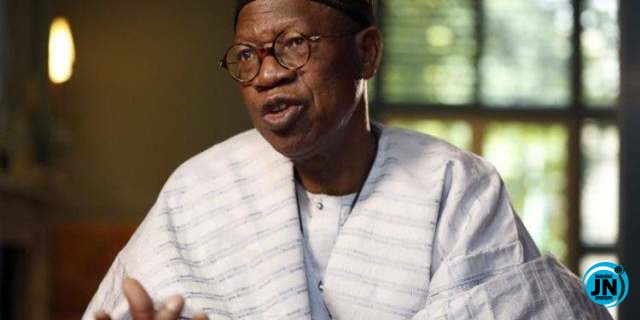 The Federal  Government has denied allegations by the United States of engaging in systematic and egregious religious freedom violations, protesting the country’s inclusion on the list of countries violating religious freedom.

With this, Nigeria now joins such countries as China, Iran, Pakistan, and Saudi Arabia on the blacklist.

US Secretary of State, Mike Pompeo, had announced the measure via Twitter on Monday, saying his country would continue to act when “religious freedom is attacked.”

Pompeo had tweeted:   “No country or entity should be allowed to persecute people with impunity because of their beliefs.

“The U.S. is unwavering in its commitment to religious freedom. No country or entity should be allowed to persecute people with impunity because of their beliefs. These annual designations show that when religious freedom is attacked, we will act.

“The U.S. is sanctioning the senior leadership of China’s National People’s Congress in connection with developing, adopting, and implementing the National Security Law. We will hold Beijing accountable for destroying Hong Kong’s autonomy. #StandWithHongKong #FightForFreedom.’’

In its 2019 country report on human rights practices, the US had expressed concerns over the high rate of religious intolerance in various parts of the country, following acts often perpetrated by state actors.

The US Department of State stated that such designation could attract economic measures against such country that has “engaged in or tolerated, particularly severe violations of religious freedom.”

It said Congress is first notified when a country is blacklisted as a result of violations of religious freedom.

“Where non-economic policy options designed to bring about a cessation of the particularly severe violations of religious freedom have reasonably been exhausted, an economic measure generally must be imposed,” it said.

The State Department did not immediately elaborate on why it designated Nigeria but, in its annual report earlier this year, it took note of concerns both at the federal and state levels.

It pointed to the mass detention of members of the Islamic Movement in Nigeria, a Shiite Muslim group, that was banned last year on terrorism allegations.

The Nigerian army killed some 350 Shiites, many of them gunned down or burned alive, in a 2015 confrontation, according to rights groups.

The State Department report also highlighted the arrests of Muslims for eating in public in Kano State during Ramadan, when Muslims are supposed to fast during daylight hours, and new regulations on preaching in Kaduna State.

Nigeria is the stronghold of the deadly Islamist extremists, Boko Haram, whose 11-year insurgency has killed more than 36,000 people and spread to neighboring countries of Chad, Niger, and Cameroon.

But the US Conference of Catholic Bishops, in a letter to Pompeo, said far more Nigerians were being killed in herder-farmer conflicts, in which Christians have borne the brunt as climate change worsens desertification.

Christian groups have also accused President Mohammadu Buhari of paying leap service to the cry of concerned religious groups after jihadists abducted and killed a pastor, Lawan Andimi in the Northern part of the country.

The International Committee on Nigeria, an advocacy group, has urged the United States to appoint a special envoy, calling the Buhari government’s response to the violent attacks and expressed fear that the situation could worsen.

But reacting to the US action yesterday, the Minister of Information and Culture, Alhaji Lai Mohammed, said in a statement in Abuja that Nigeria did not have a policy of religious persecution.

The minister described the allegation as a case of an honest disagreement between the two nations on the causes of violence in Nigeria.

“Nigeria does not engage in religious freedom violation, neither does it have a policy of religious persecution.

“Victims of insecurity and terrorism in the country are adherents of Christianity, Islam, and other religions,” he said.

Mohammed said Nigeria jealously protects religious freedom as enshrined in the country’s constitution and takes seriously any infringements in this regard.

Osimhen, Aribo talk tough ahead of Nigeria, Sierra Leone clash
No religious freedom violation in Nigeria, FG replies U.S.
NCDC confirms 550 new COVID-19 cases in Nigeria, total jumps to 70,195
"In Nigeria, You Turn A Pastor, If You Have A Bible & A Microphone" – Comedian Alibaba