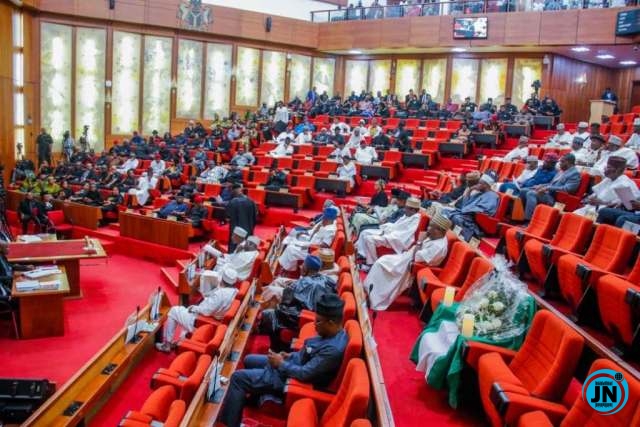 The National Assembly in engaging the Ghanaian authority to amend its trade laws and make it easy for Nigerians to do business in Ghana.

Rep. Yusuf Buba, Chairman House Committee on Foreign Affairs, disclosed this in an interview with the News Agency of Nigeria (NAN) in Abuja.

Buba, who represents the Hong/Gombi Federal Constituency of Adamawa, noted that after the engagements with the Ghanaian authority, it was discovered that the Ghanaian trade laws were not targeted at Nigerian traders alone.

He explained that following the interventions of the National Assembly, the Ghanaian authority has pledged and is working on amending its trade laws to enable Nigerian traders to operate freely without harassment.

Buba said that President Nana Akufo-Addo has promised that the laws would be amended and the Ghanaian parliament was already working on that.

He further explained that law amendments were a process and not just something that would be done within days of months.

“It takes the life of a whole Assembly to achieve a constitutional amendment.

“I was on the Speaker’s delegation, we went to Ghana, we met with Nigerians living in Ghana.

“I think the problem generally lies in their law and these laws were not made today and they were not targeted specifically at Nigerian.

“So when we met with the President of Ghana, we pleaded that some of these laws should be worked on so that our businessmen will have it easier to operate within Ghana.

“The fact is the tariff the Ghanaian government is charging businessmen to pay before they can operate within their country.

“After our investigations, we found that it was not targeted specifically at Nigerians and the law was not a recent law.

“It is just that the implementation of the law started fully within that period that the Nigerian shops were locked,” Buba said.

Asking if the Economic Community of West African States (ECOWAS) needs to intervene in the matter, Buba said it was a national issue that is not beyond the Ghanaian authority.

He said the situation has not violated the ECOWAS treaty on Free Movements of Goods among ECOWAS countries as Nigerian traders are allowed to travel across the borders with their goods.

“It is not a problem that is beyond the Ghanaian authorities and it does not even ECOWAS intervention because ECOWAS treaty is a free movement of citizens and goods among the ECOWAS countries.

“And Nigerians are not stopped from moving into Ghana to do their business.

“The only issue now is there is a law in Ghana that says you must pay a certain amount of money before you can do certain types of business.”