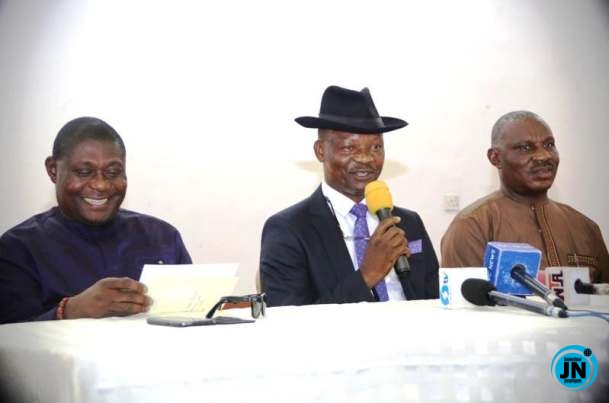 Mr. Olisa Ifejika, Chief Press Secretary to the Governor of Delta State, Senator Ifeanyi Okowa, who is the Chairman, South-South Governors Forum, said that it was not true that governors of the South-South were cavorting with the 13 percent derivation to their states.

He was reacting to a statement by the Special Adviser to President Muhammadu Buhari on Niger Delta, Senator Ita Enang, who accused the governors of Niger Delta states of being unkind to the region and to oil-producing states.

Ifejika said: “You may be aware that the 13 percent derivation fund that comes to the state is what gave birth to Delta State Oil Producing Areas Development Commission, DESOPADEC because it is believed that it is because of the oil-producing status of the state that the money comes.”

“In the wisdom of former governor, Chief James Ibori, then, he felt that instead of holding it and making it part of government revenue and people would be screaming, he created DESOPADEC, where the money is channeled.

“The only thing that government does is to make them accountable, so the money comes and DESOPADEC is known to bring its budget to the government through the state House of Assembly and they scrutinize it and give them the money.

“The executive does not appropriate that money directly, it is given to DESOPADEC for the oil-producing communities in their own interest,” he added.