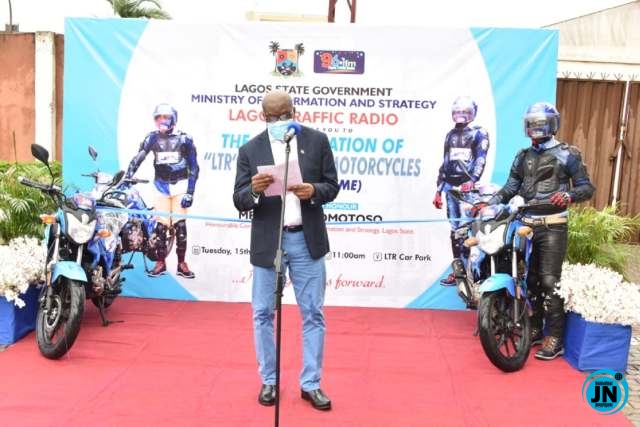 Lagos State Governor, Mr. Babajide Sanwo-Olu has promised to deploy the use of modern technology to manage transportation and waste management systems for effective and efficient service delivery in the state.

At LAWMA Academy, the governor, represented by his deputy, Dr. Obafemi Hamzat, noted that effective waste management played a pivotal role in ensuring a cleaner and livable environment, hence the need for policies and programs to promote a sustainable environment, and boost LAWMA’s capacity to perform its statutory duties.

Sanwo-Olu said: “As we all know, waste management plays an important role in ensuring a sustainable and healthy environment, which is why many nations and states expend huge resources on developing strategies to ensure a clean environment through an efficient, effective and sustainable waste management system. Lagos is certainly not different and that is one of the reasons why we are here today.”

He said, “Our dream of course as a government is to make Lagos a 21st Century economy and a very smart State, but you will agree with me that this will be impossible if we do not take the issue of waste management seriously and that’s why we must all commend the ministry of environment, management and staff of LAWMA for the good job they have been doing to keep Lagos clean, healthy and habitable for all us.”

The Managing Director of LAWMA, Mr. Ibrahim Odumboni, noted that the Academy would deploy an innovative approach to impart knowledge of effective management of personal and corporate waste. “LAWMA Academy is an educational arm of LAWMA instituted to educate the good citizens of Lagos State of all ages on the concept of proper waste management and also create career paths in the waste management sector.”

Also, speaking at the LRM, aimed at enhancing the information management component of traffic gridlock and other related issues while commuting around the state, Sanwo-Olu, who spoke through the Commissioner for Information and Strategy, Mr. Gbenga Omotosho, described the development as a symbol of creative thinking of the agency.

He noted that with the initiative the state is moving towards a transportation system driven by technology and lauded the initiative, stating that “it is going to play a key role in traffic management across Lagos.”

He said the Pilot Scheme is a key step towards using technology to revolutionize the management of traffic in Lagos, stating that the problems of traffic in the state was a source of concern challenging the creativity of the present administration.

The General Manager, Traffic Radio, Mr. Tayo Akanle, said the initiative was borne out of the occurrence of incidents on highways coupled with little or no comprehensive live reports.

According to him, the pilot scheme was designed to change the travel experience of commuters

“as they usually under-go harrowing experiences whenever there is a major incident on the road.”