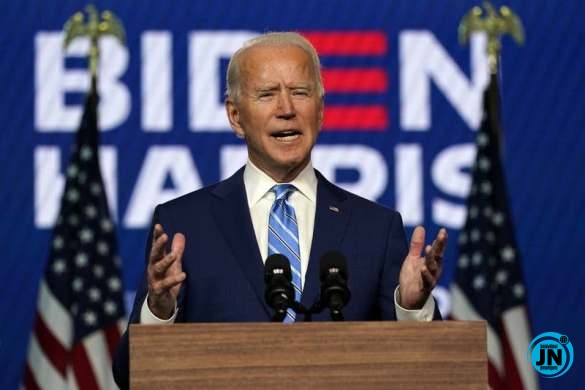 Republican lawmakers early Thursday objected to counting Pennsylvania’s electors, further delaying the certification of Joe Biden’s election victory after the House and Senate rejected an earlier challenge to his win in Arizona.

The overnight scenes in Congress — normally a ceremonial procedure but one that Donald Trump’s loyalists have sought to co-opt as the last gasp attempt to keep the president in power — come hours after violent unrest in the US Capitol by pro-Trump rioters interrupted the process.

Senator Josh Hawley joined the objection of dozens of House Republicans over Pennsylvania’s electors, prompting the two chambers to debate the challenge.

In the Senate, though, Republican leader Mitch McConnell quickly quashed debate and the chamber voted 92 to 7 to reject the objection.

The debate did proceed in the House, where Scott Perry of Pennsylvania argued that his objection was aimed at safeguarding the US Constitution.

That prompted a fiery rebuttal from Democrat Joe Neguse, who held up a pocket copy of the charter and said: “Under our constitution, Congress doesn’t choose the president, the American people do, and they have chosen in resounding numbers.”

Senators voted 93 to 6 against the objection, while in the House, 303 lawmakers opposed it including 82 Republicans.

But even after the violence of the day, 121 Republicans voted unsuccessfully to block the counting of Arizona’s votes.

The joint session of Congress is certifying the electoral votes of all 50 states to confirm Biden’s 306-232 electoral victory in November.

It was delayed when protesters stormed the Capitol building, triggering unprecedented chaos and violence that drew condemnation from around the world and some Republican scorn for Trump.

“We saw bloodshed because a demagogue chose to spread falsehoods and sow distrust of his own fellow Americans,” said Senator Pat Toomey, angry that other Republicans were objecting to the electors of his state of Pennsylvania.

“Let’s not abet such deception. Let’s reject this motion,” he said.

Egged on in an extraordinary rally by an aggrieved Trump, a flag-waving mob broke down barricades outside the Capitol and swarmed inside, rampaging through offices and onto the usually solemn legislative floors.

Joe Biden cancels Trump’s ban on Nigeria, other countries
Biden to start naming cabinet picks Tuesday as Trump resists
You know nothing about respecting the will of the people – Falz tackles Buhari over his message to Joe Biden
Biden unveils cabinet, says America is back