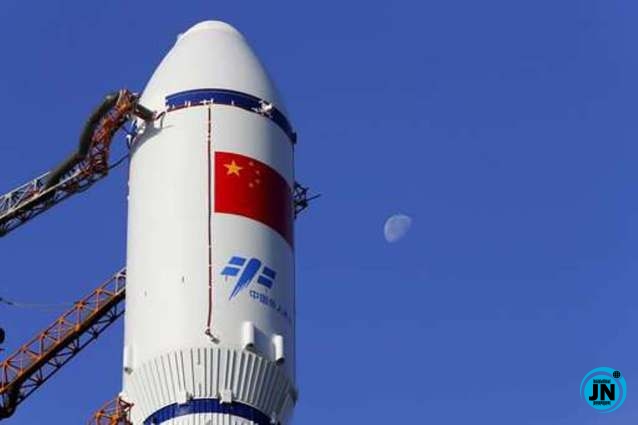 China is preparing to launch an unmanned spacecraft to bring back lunar rocks, the first attempt by any nation to retrieve samples from the moon in four decades.

Beijing is pouring billions into its military-run space program, with hopes of having a crewed space station by 2022 and eventually sending humans to the moon.

The Change-5 probe, named after the mythical Chinese moon goddess, aims to shovel up lunar rocks and soil to help scientists learn about the moon’s origins, formation, and volcanic activity on its surface.

The mission is set to take off from the Wenchang Space Center in the southern island province of Hainan, according to the official Xinhua news agency. No date was provided.

The original mission, planned for 2017, was delayed due to an engine failure in China’s Long March 5 launch rocket.

If successful, China will be only the third country to have retrieved samples from the moon, following the United States and the Soviet Union in the 1960s and 1970s.

The Chinese probe will collect two kilograms (4.5 pounds) of surface material in a previously unexplored area known as Oceanus Procellarum — or “Ocean of Storms” — which consists of a vast lava plain, according to the science journal Nature.

If successfully launched, the probe is expected to land on the moon in late November and collect material during one lunar day -– equivalent to around 14 Earth days.

The samples will be returned to Earth in a capsule programmed to land in Inner Mongolia in early December, according to US space agency NASA.

The mission is technically challenging and involves several innovations not seen during previous attempts at collecting moon rocks, said Jonathan McDowell, an astronomer at the Harvard-Smithsonian Center for Astrophysics.

“The US never did a robotic sample return. The Soviet one was very limited and could only land at certain restricted spots,” McDowell told AFP.

“China’s system will be the most flexible and capable robotic sample return system yet.”

A Chinese lunar rover landed on the far side of the moon in January 2019, in a global first that boosted Beijing’s ambitions to become a space superpower.

It was the second Chinese probe to land on the moon, following the Yutu (“Jade Rabbit”) rover mission in 2013.

The latest Change-5 probe is among a slew of ambitious targets set by Beijing, which include creating a super-powerful rocket capable of delivering payloads heavier than those NASA and private rocket firm SpaceX can handle, a moon base, a permanently crewed space station, and a Mars rover.

Bring back Oku-Iboku, publishers charge FG
‘My Ghetto Upbringing Influenced My Music’ – Patoranking
#BBNaija: “I’ll beg Biggie to bring JayPaul back to the house” – Cross consoles Saskay
#BBNaija: “Did you bring your room to the house?” – Boma lashes out at Maria after she told him to stop talking after light outs