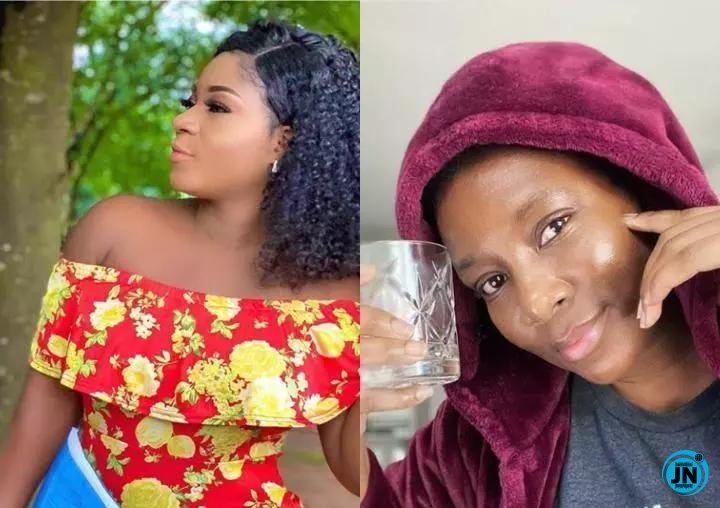 Fans of veteran Nigerian Nollywood actress, Genevieve Nnaji have stormed the comment section of the actress, to slam fellow actress, Destiny Etiko after she called the veteran actress, by her first name.

The veteran Nollywood actress, posted a make-up free photo of herself on her official Instagram page a few hours ago, which the accompanied with a caption, which reads;

Admiring the gorgeous and ageless beauty of the actress, colleague Destiny Etiko commented under the post saying;

This prompt the anger of fans, as some saw her comment as disrespectful, due to her referring to the veteran actress by her first name, instead of acknowledging her as an elder.

Fans of the veteran actress attacked her, asking why she didn’t add “aunty” to Genevieve’s name.

Below, are some of the reactions; 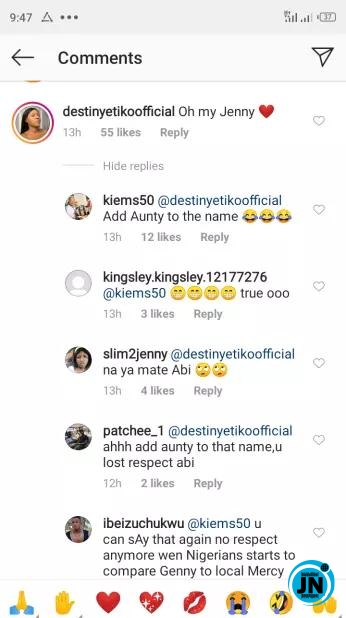 "Our Actresses Don Use Nyash Scatter Alters" – Blogger Calls Out Tonto Dike For Allegedly Sleeping With Popular Warri Pastor
Protesters give man beating of his life for inappropriately touching a woman during #EndSARS protest in Lekki (Video)
"It's Always Difficult, For Rich Kids To Succeed - Kiddwaya's Dad, Terry Waya Speaks Out
See How Little And Innocent Burna Boy Looked Before Stardom That Awed His Fans